Hey guys! I just had this hgw yb x Enchi od pastel clutch shed out and a most of them have me stumped. Not seeing much pastel or hgw. I’d super appreciate if you can give any opinions on what you think any of them might be!
Here are my thoughts:
M1: Enchi
M2: OD YB
M3: Not sure but definitely yb
F1: OD Enchi?
F2: YB OD +
F3: OD Enchi? 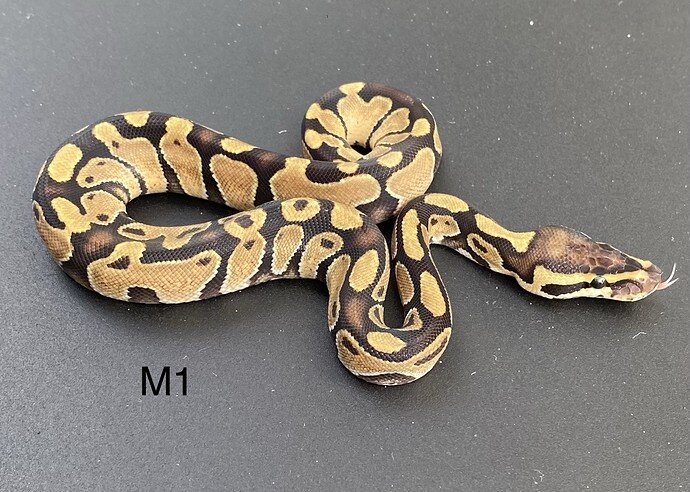 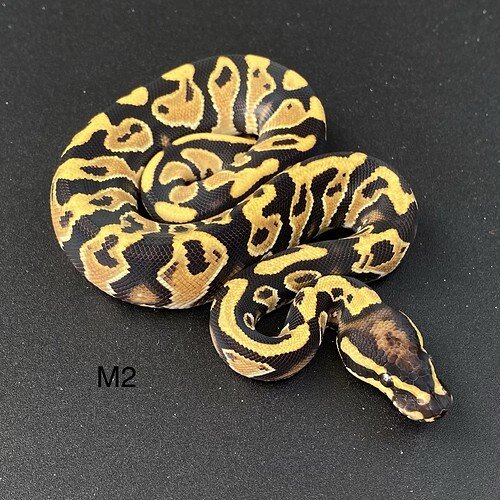 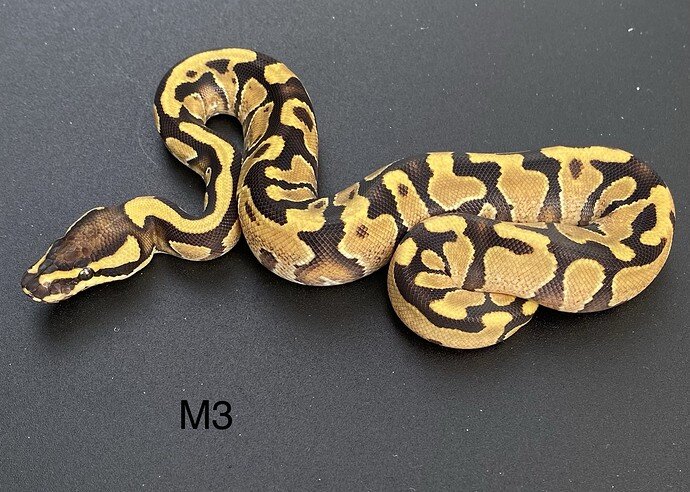 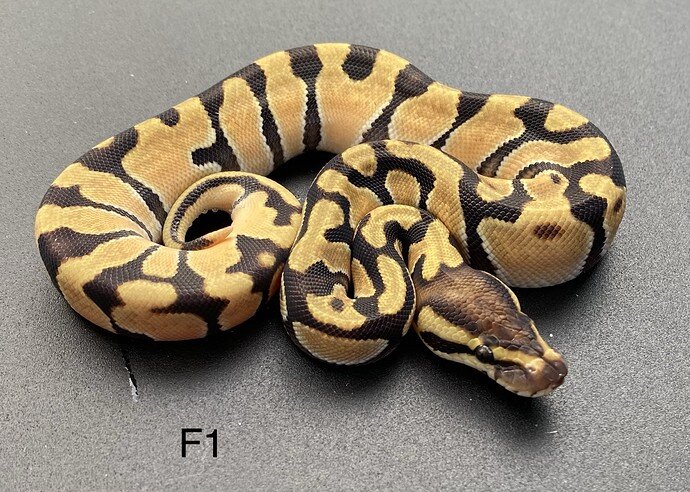 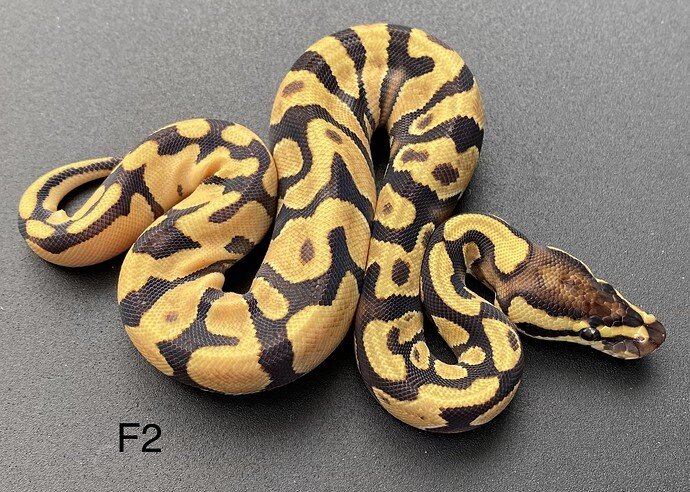 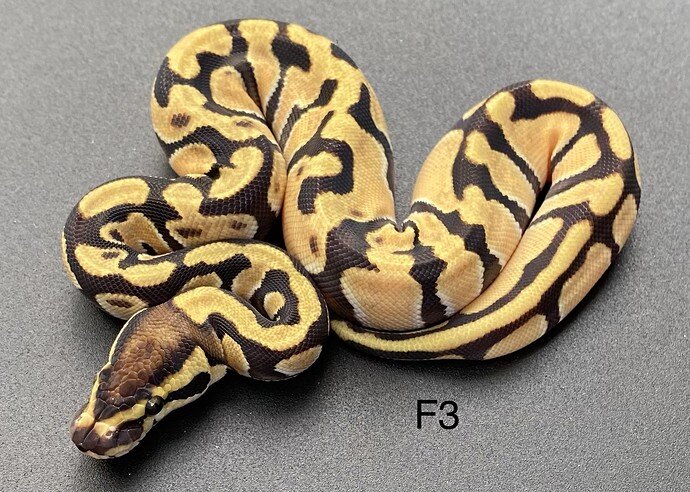 Shame on you! Triggering my snake jones like that without any warning at all.

Great looking clutch! But you just know Travis is going to scold you and demand belly shots to identify any yellow belly.

M2: YB (possibly OD, a little hard to tell because of body positioning and picture angle)

Could just be odds but is the hgw the male or female? if male is there another possible male? Can you post photos of both the male and female?

Sure! Female is hgw yb, male is pastel enchi od het hypo. Female had a season off before I purchased her then laid a clutch with a banana Mojave clown last season. The pastel Enchi od het hypo is def the dad. 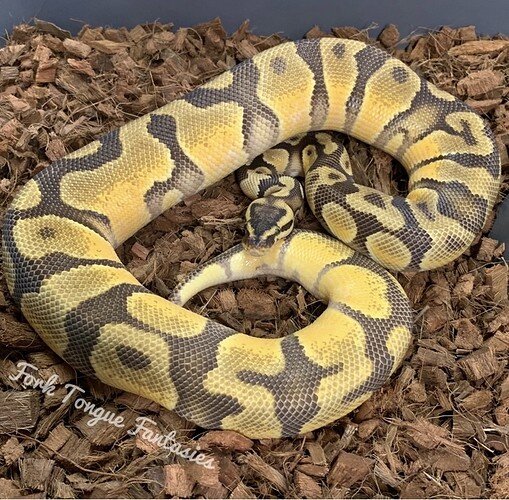 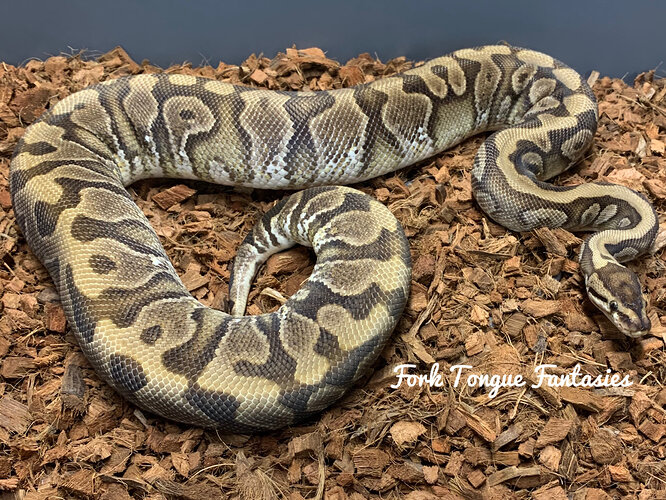 yeah that’s crazy odds then. I had the opposite with my hgw female this year… 6 out of 8 had hgw.

So, question for you guys breeding hgw. I have heard that hgw originated from nerd. Is it a separate gene from woma? Or just woma relabeled? I don’t have enough experience with that whole complex to be able to judge. Has anyone done the test pairings? I’m guessing if they did it didn’t go well.

I will tag our very own @t_h_wyman to explain because I remember him explaining this somewhere. If I can find it, I will drop the link.

Here he explains it.

Makes more sense now. I knew I had heard they both came from Kevin at NERD, but didn’t know any details. Cool story.

I’m old enough to remember that at the pet store there would be 2 kinds of normal ball pythons for sale. The cheap one was almost always an import and it was cheap because it wouldnt eat, the pricy ones were captive hatched or captive bred and cost as much as twice as much because “those aren’t from the wild, we know they’ll eat.” There weren’t any other morphs for sale because the only morphs were albino and pied and both cost as much as a decent car.