Can someone post a picture of a spotnose BP and show me how to identify them correctly.

Here’re spotnose ball pythons on the marketplace, you can look at them and try to identify some patterns, aside from this I can’t be of much help.

The head stamp is the giveaway 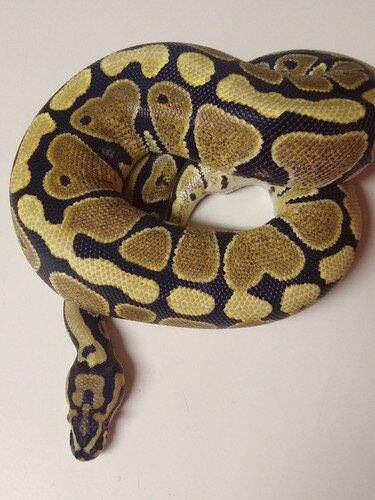 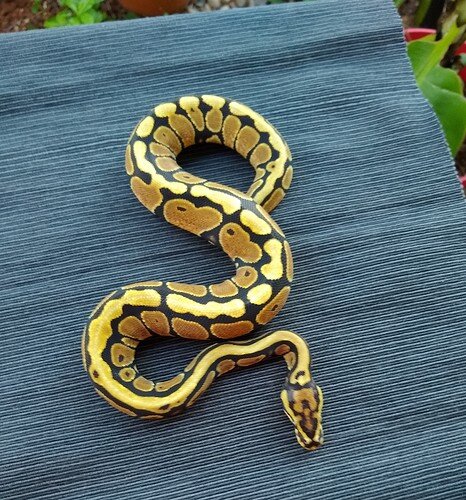 The headstamp is super striking and one of the best ways to tell, but they also have more “filled in” solid looking alien heads and seem to be overall a little brighter than a normal

From the Morph Encyclopedia (In Progress) Part 2
Spotnose 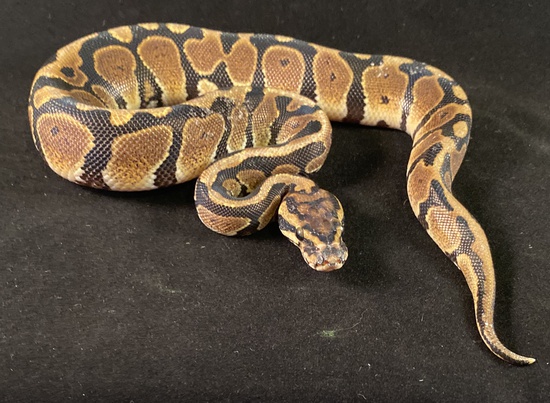 Image from Richard Deadman at Royal racks and morphs

The Spotnose Ball Python is a colour and pattern altering mutation that can easily be told apart from a Normal Ball Python by its extreme head stamp, lighter colouration across its dorsal pattern and mostly circular “alien heads”.

Head: The head of a Spotnose Ball Python is almost always dominated by a large headstamp, often said to look a lot like a skull and spots along the top lip.

Body: The body of the Spotnose Ball Python is usually covered in circular, unconnected, “alien heads” that tend to exhibit singular spots, rather than the multiple “eyes” of a Normal Ball Python. 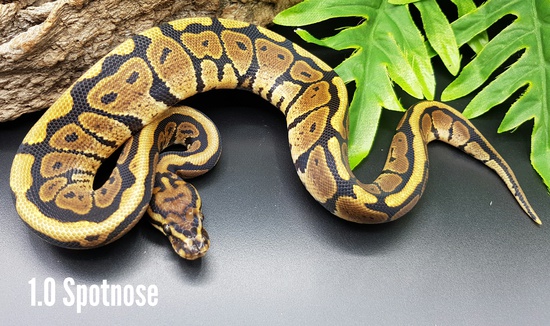 Belly: The belly of the Spotnose Ball Python is similar to that of a Normal Ball Python, with smooth bright scales and spotting being variable on an individual basis. 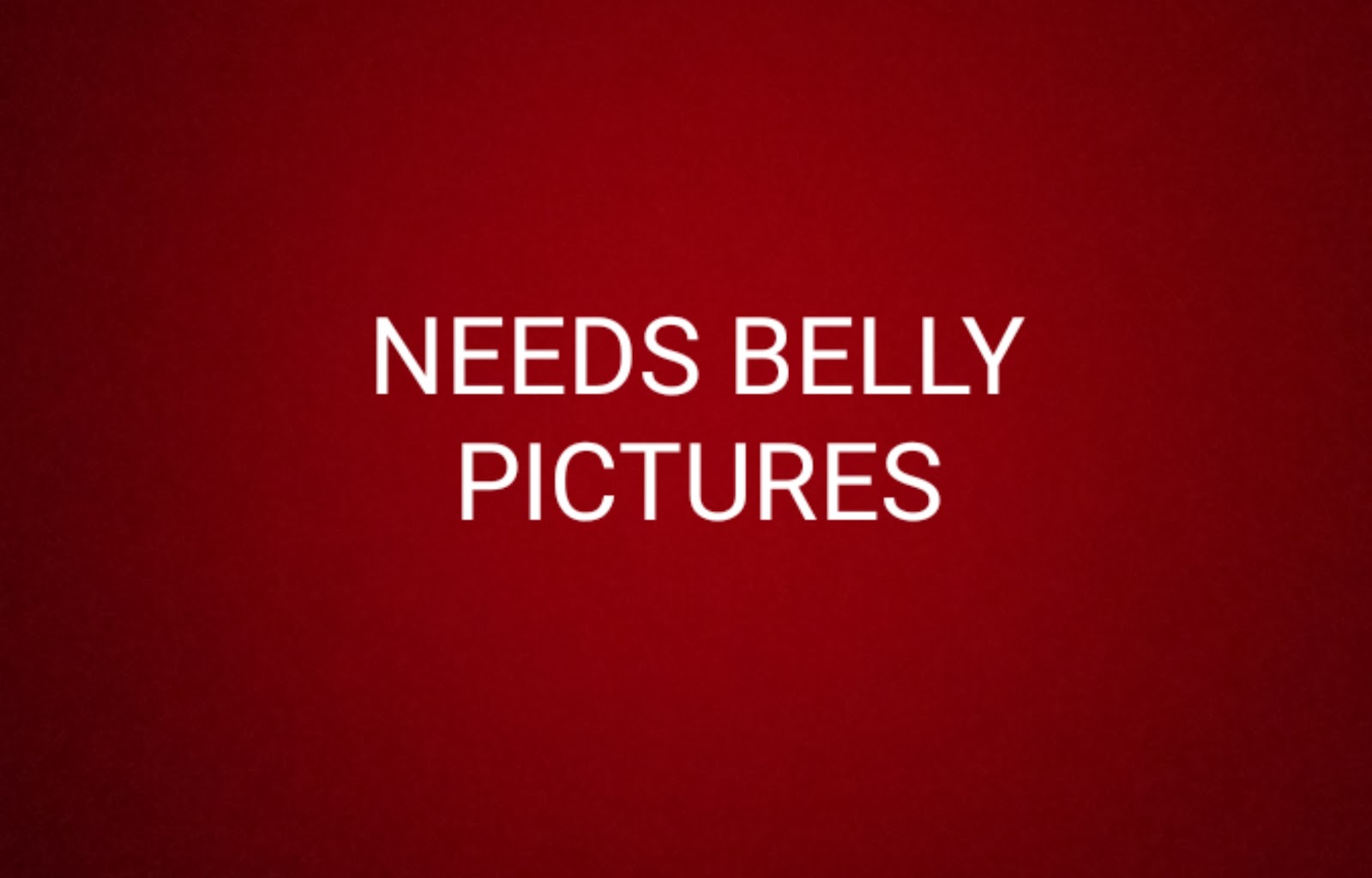 Tail: The tail of the Spotnose Ball Python is usually dominated by a serrated dorsal stripe. 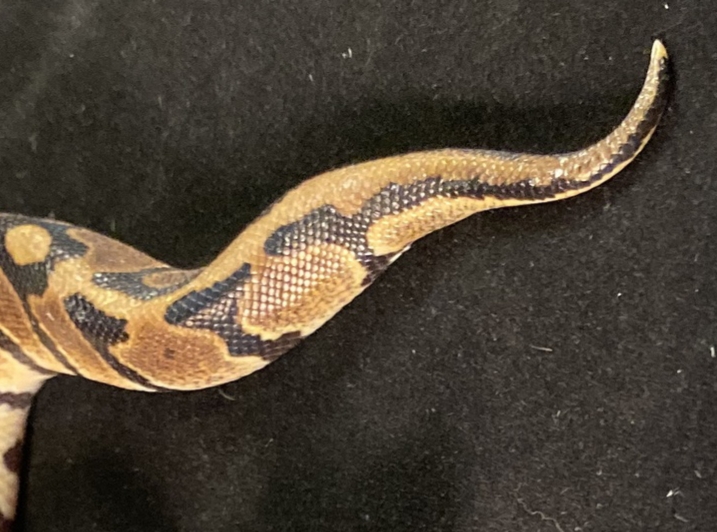 Compare to a Normal Ball Python

I finally know what a Spotnose Blade looks like

Next to a Normal for reference: 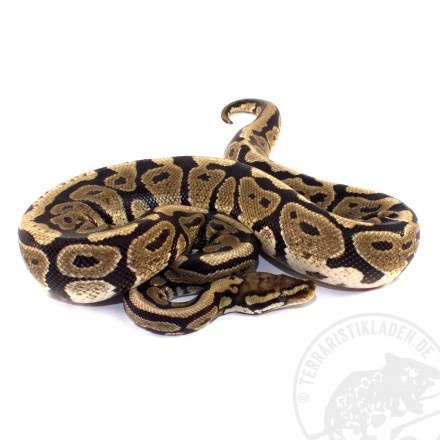 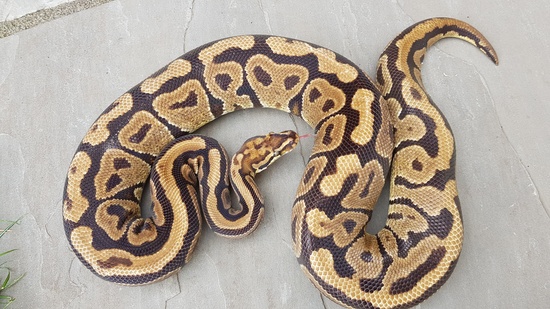 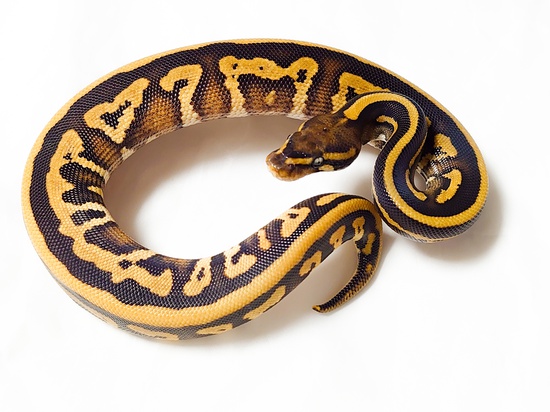 Image from The Collectors Reptiles 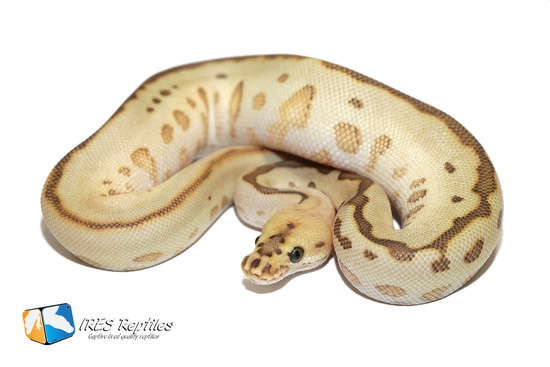 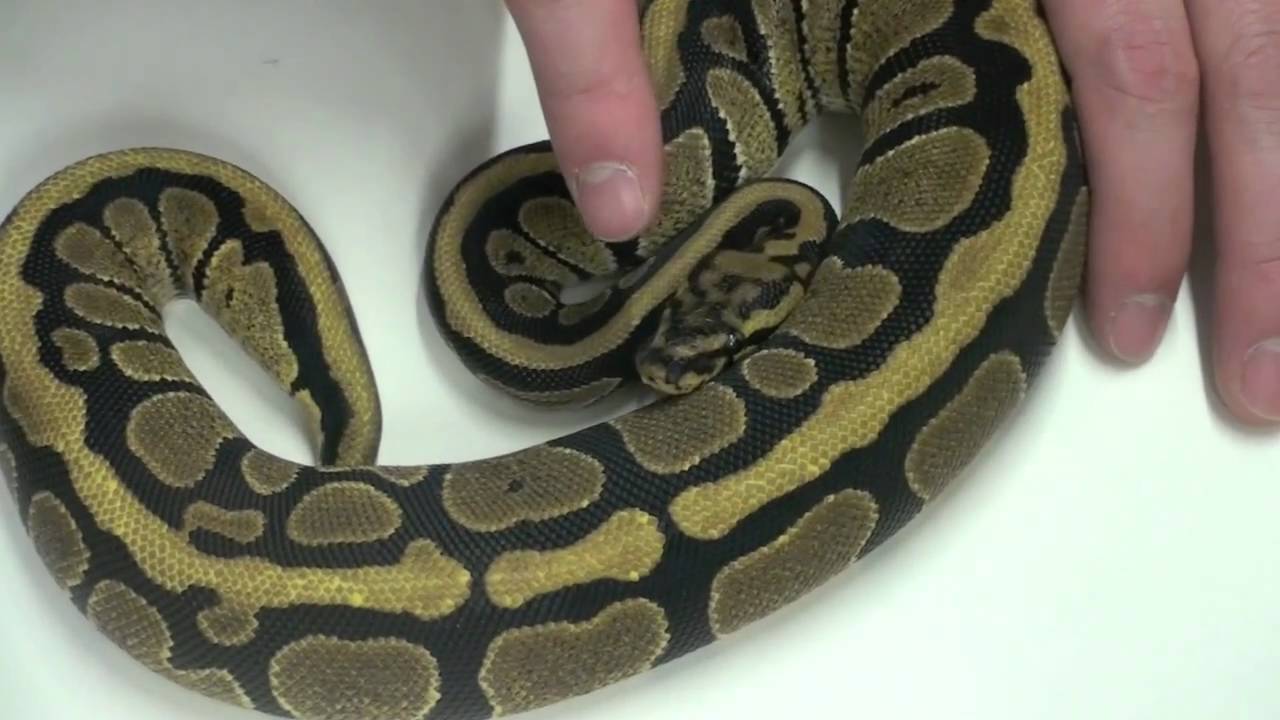 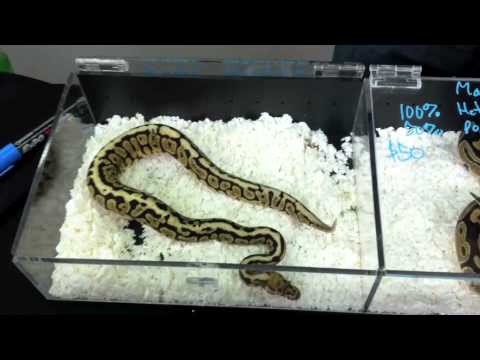 @eaglereptiles Perfect!! Much better than my vague description. Do you want some belly photos for that article?

Of course!
It’s a wiki, so feel free to add them

Oh nice, didn’t realize that! I’ll grab some this afternoon

Wow! Yours is definitely a beautiful girl. I can see the difference on her compared to some I have seen on morph market. Maybe it is the lighting in some of the pictures.

Thank you!! There’s definitely a lot of variation within morphs, and I have seen spotnoses that are a lot more subtle and difficult to distinguish. 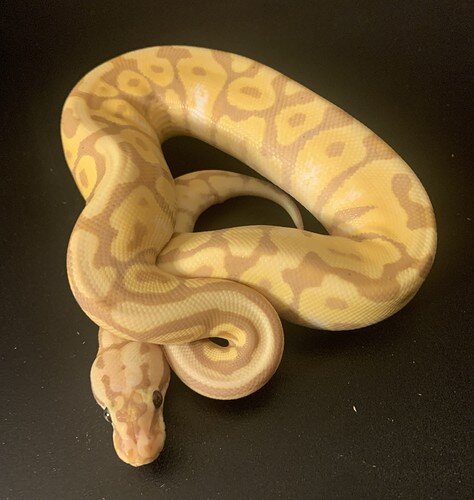 Very nice BP. I like coral glows / bananas. Pieds of any morph are my favorites. Blue eyed Lucy’s and another one that I have seen is the Cherry Bomb I also love these. I Hope to create some of these morphs one day. Seeing all of these different colorations in these morphs is just Amazing. I’m just excited to be in the community and talk to people about BP’s. My family thinks I’m crazy. They don’t like snakes.