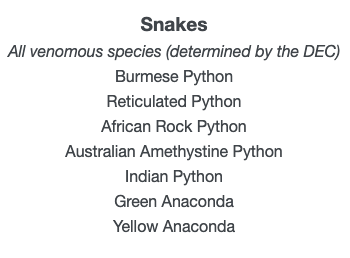 Not a legal expert, but unless otherwise stated I would assume the species to include all subspecies, morphs, mutations, phases, etc.

I agree, a subspecies is still the main species. It likely says earlier in the laws that it includes all subspecies of the species.

My bfs state has the same kinda law, and it includes subspecies. The largest snake he can legally own is a large BCI or BCC. Pretty sure dumerils boas are legal too, along with a few other longer species that get around 9-10 feet. Basically any species with the potential to get 13 feet or longer is banned.

Thanks y’all. Guess my dreams of owning a burmese python are dead unless I move. oh well.

yeah, same. largest is a boa.

My state has similar wording except is says that certain species (retics, burms, african rocks, anacondas, etc.) are legal until they reach 13 feet. Which means I could get a SD retic that only maxes out at 8-10 ft and it would be legal.

What’s weird is that Boa constrictors are the only species of boa or python that can be legally owned in my state without a license.
Tokay Geckos, green iguanas? No license required while pretty much everything else requires a license. Also corn snakes and axolotls are illegal to possess here.
There’s weird arbitrary laws regarding herps all over the place it seems.

weird! even a python like a pygmy python or ball python? are things like white’s tree frogs legal? How are bc’s legal but nothing else?

I’m asking if white’s tree frogs are legal cause they are the least dangerous creaatures I could think of.

All python species require exotic animal permits in my state.
All Amphibians except a list of 7 species require permit, but all larval salamanders are illegal to possess.
The NJ exotic and non-game wildlife permit regulations are a trip to read through.

Edit: idk what this is like in other states, but if you want to do any breeding whatsoever here you need one of two licenses, either a retail or a wholesale license, each one costs $100 annually.

In my state, you can own anything except hots. Until it grows over 6ft. Then it’s banned

over six feet seems a little small to be banned.

Yep. It’s Virginia. It’s stupid. Feel free to look it up. They sell BCI and BCC in chain pet stores that can can routinely get over 6ft and unsuspecting people get them not knowing that law.

I live in virginia as well. I knew some of the other laws but not that one.

Where did you read it from?

In my state, you can own anything except hots. Until it grows over 6ft. Then it’s banned

This is absolutely NOT VA state law. I know plenty of people here that openly keep and breed Burms, retics, scrubs, BHPs, and many other species that exceed six feet. These are all responsible keepers and, in some cases, in regular communication with their local political and law representatives.

This might be a county or town law where trouble lives, but it definitely is not statewide

From what I’ve found that is the law in only Manassas Park.

Yea i should have specified, my apologies. Each county is different.

While we’re at it, for anyone in Idaho, I guess?
The laws around the nation regarding reptiles seem so crazy to me, Idaho has comparatively sensible laws about reptiles. Not completely permissive, but not totally unreasonable

Bringing in non-native hots is more or less banned for private individuals. Approval for a given species and a given keeper is at their discretion, and there is a requirement of an import permit and Certificate of Veterinary Health. One basically has to be a Vet, or go through one, to import hots. No retail sales of hots is allowed in or out of state without approval for each transaction more or less, which isn’t great, but isn’t terrible like some of the stuff I’m reading. I actually approve of regulating dangerously venomous critters fairly strictly.

Any legally acquired reptile that does not have medically significant venom, but is not available in a bona fide pet store is considered an exotic species, until it is captive bred and/or commercially available in state, then it is magically considered a pet store animal. Vague language, but enforcement of this is generally permissive.

, Galapagos and Aldabra tortoises, heloderma and a few other things I can’t recall.

We can collect up to four live specimens of any native species that isn’t otherwise protected with a valid hunting license at time of collection. They like you to take a picture of the critter alongside your license at the site of collection, but enforcement of this is pretty lax, as it is not well-defined within the language of the statute.

There isn’t that much cool native stuff here, as far as species diversity, but I’d love to try breeding leopard lizards someday, they are stinkin’ rad. And I love gopher snakes, so that’s fun.

There are no reptiles listed on the deleterious wildlife list.

Other than that, you’re good to go.

According to my reading of the law it would be perfectly okay to get a Boomslang, because they only banned non-native Viperids and Elapids. Venomous colubrids are good to go, according to the letter of the law. Which is hard to find at the moment…it used to be on the IDFG website, but that link is broken now.

References below; The news article does a good job of explaining the laws around venomous snakes, as I understand it.

I’m in occasional contact with Charlie Justus, who is our local enforcement guy with expertise of the reptile regulations. He keeps me on the straight and narrow, he’s quite personable. I’m going to call and ask more questions about the venomous regs. I want to ask about dangerously venomous colubrids and tell him I might need Trimeresurus in my life someday. 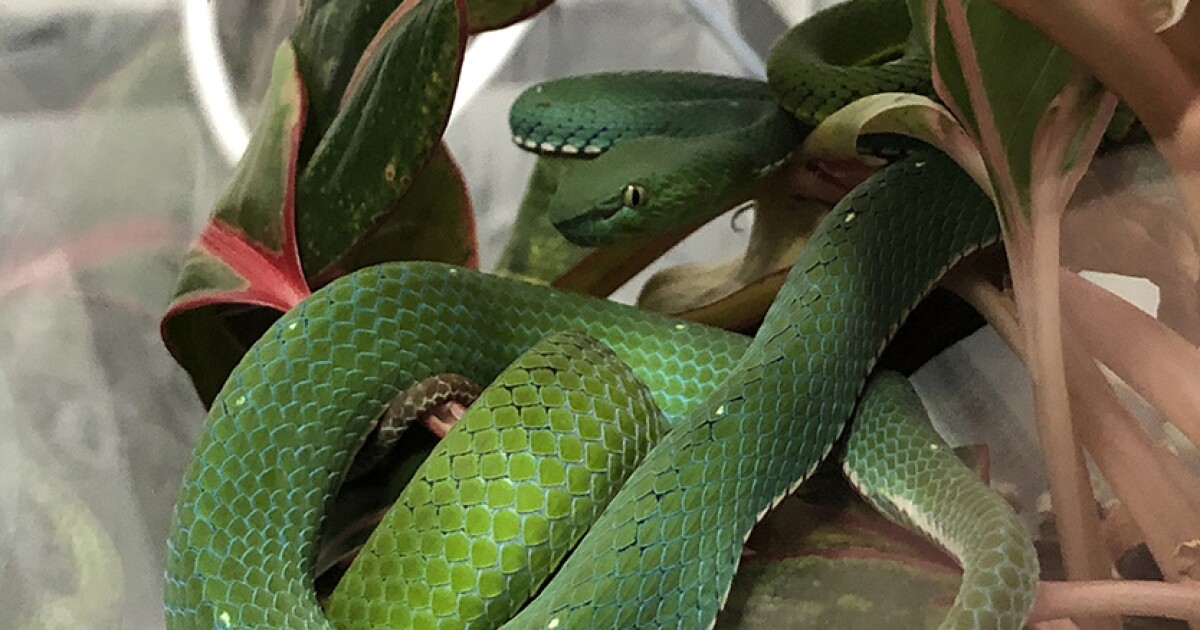 Also, If you want to keep a native rattlesnake (or legally permitted venomous critter) here, there is a requirement that one must have a lock that requires a key or combination to open the enclosure.