I’ve recently had a clutch hatch. The mother is a normal morph that’s Het for Tremper albino. The father is a phenotype Tremper Albino. The hatchlings colors differentiate slightly. In the second picture you can see a gecko with yellow banding. In the third picture you can see a gecko with white banding. Is this typical for hatchlings to show white banding if they are strictly Tremper Albinos? Did I breed a gecko that had an unknown Het trait? This is a specific question that I couldn’t find any information on using the internet and I don’t have any real breeder friends. Please help. 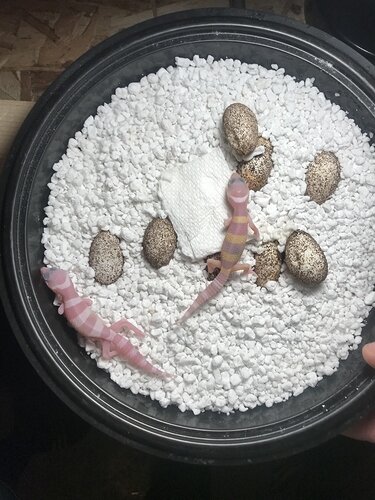 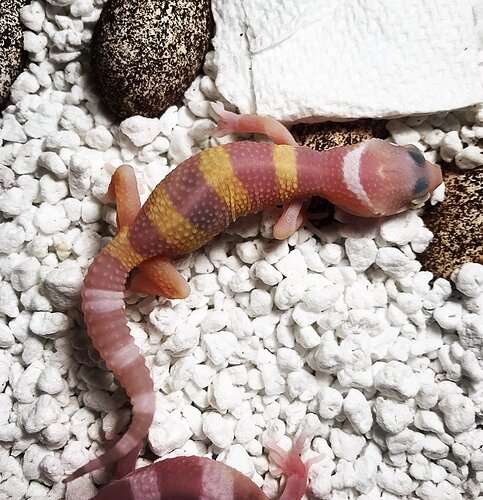 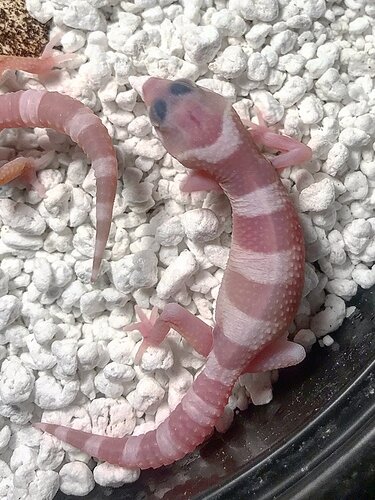 The one with the white banding is a snow of some kind (in addition to being Tremper). Can you share pics of the parents? That may help!

Someone actually told me that they thought the male (Tremper Albino) looked like a Mack snow. But how would that work? Isn’t Snow a co-dominant trait? Why haven’t others come out this way? Am I missing something? 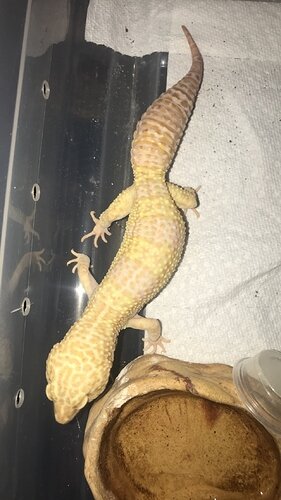 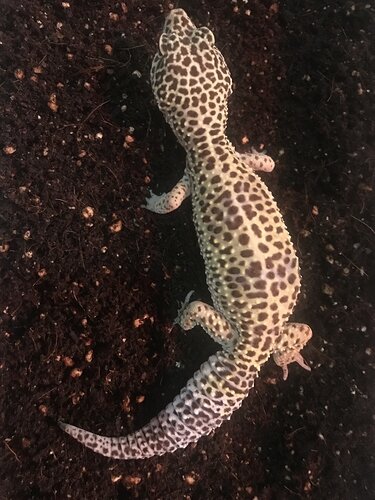 If I had to guess I would say your male is a snow tremper albino. Most likely mack snow since it’s the most common but it’s not possible to say with certainty.