So I had a pretty bad clutch. I got six eggs from a ghi champagne bred to a lesser vanilla cream (possible Mojave cream but I’m really thinking lesser) or a black pastel lesser. Two eggs didn’t have veins. Out of the four eggs left two looked pure white and died in the egg. One crawled out and died and I’m left with this guy. Any ideas what he may be? He hasn’t shed yet as he just crawled out yesterday. 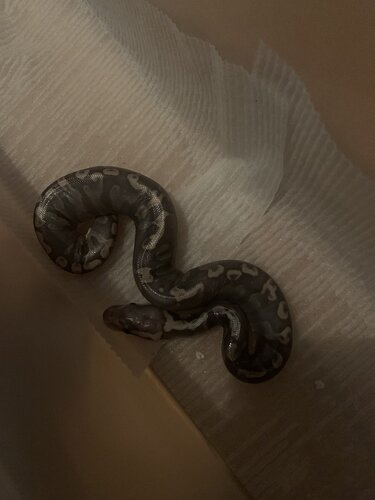 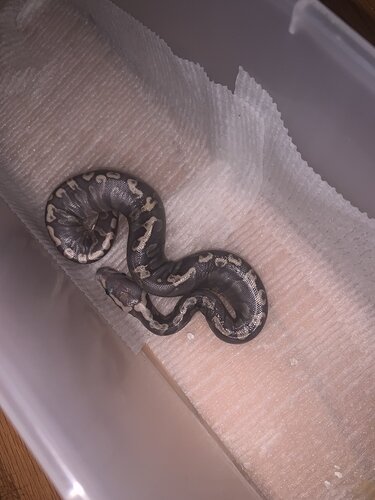 Wait till it sheds. My quess is GHI.

Are you positive about the lesser vanillas cream?

Can we see pictures of the parents?

I thought I was. But I’m not sure.

This is one of the potential fathers. I am pretty sure it’s from a lesser fire x Mojave super vanilla breeding. 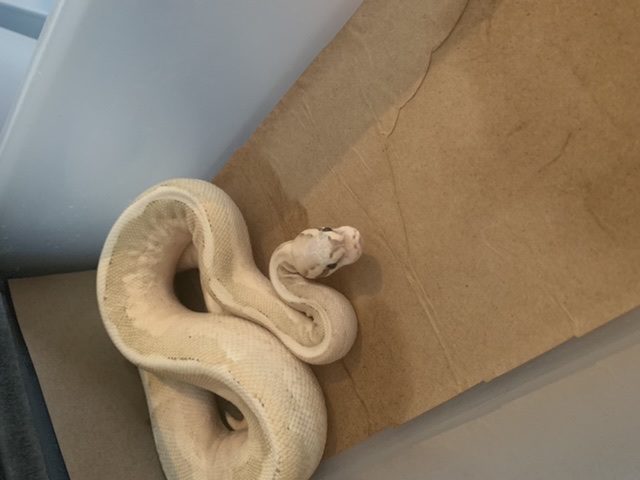 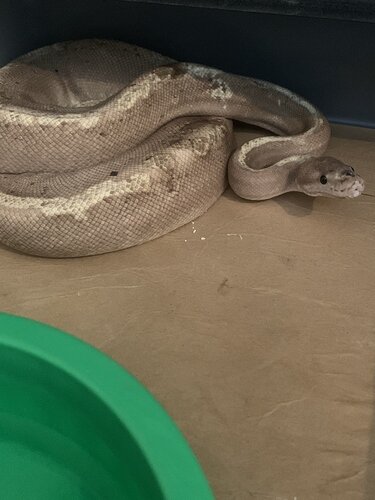 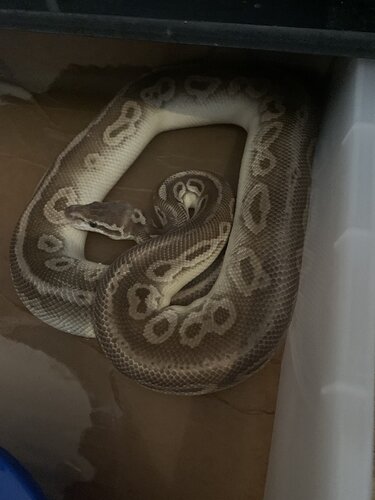 I’m could be off but I’m thinking ghi Mojave vanilla?? Here’s some better pictures. 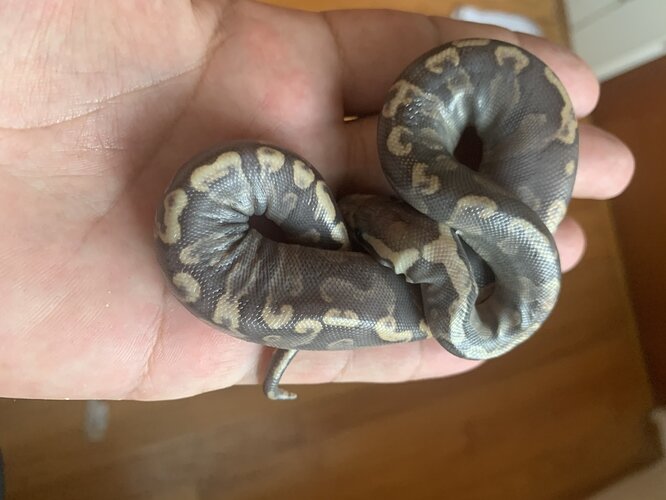 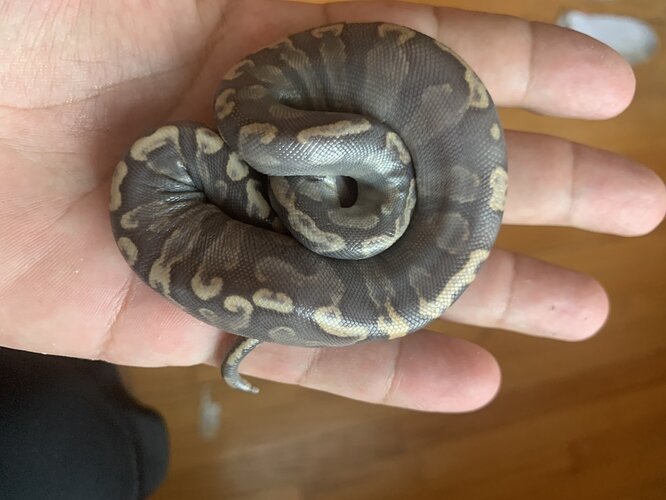 It could be a GHI or super GHI.

Let me explain. When you first described the clutch, you mentioned two white snakes that died in the egg. There are only a few ways to make a white snake. Your female could have a BEL complex gene or fire or the male could have a gene that reacts with champagne the same way. That was why I asked about the males morphs. I was thinking you might have crossed your champagne with another head wobbler. That could produce a white snake that dies in the egg or right after hatching, something like a champagne/spider or champagne/HGW.

I could be completely wrong, but I naturally think outside of the box.

Honestly all of those thoughts have run through my head. The two white snakes made it till the last week then just died in their eggs. I was thinking about all the stories you read years a ago about super spiders. I looked at both males and I’m pretty sure there’s no spider hgw spotnose or such in the males. Then I started thinking fire in the ghi champagne. Too be honest I never saw the female lock with a male. I’d pair them and she’d never show any interest. Then one day she ovulated. I am not sure if the female will throw two copies of the same gene though in parthenogenesis but I have no clue. Just a really weird clutch. Regardless, he seems to be doing good thus far. He’ll be a hold back and I’ll breed him to figure it out. Thanks for the input.