I’ve had a lot of folks as me the difference between Madagascar Ground Boas and Dumeril’s Boas, so I thought I’d post a picture of each. These pictures are taken on the same table. The MGB is a 2020 animal and the Dumeril’s is a 2019. The Dumeril’s in the photo is actually from a Dwarf lineage, and weighs slightly less than the MGB, even though he is a year younger. 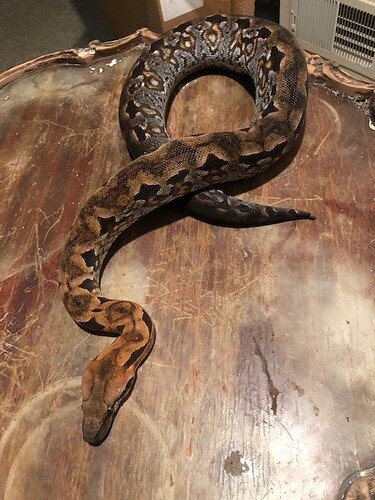 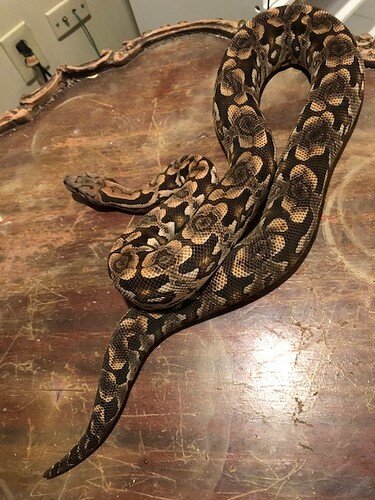 As you can see, Ace has the “zigzag” pattern associated with MGBs, in contrast with Peggy Lee’s “flower” pattern, which is typical of Dumeril’s. Ace also has grey sides, and a grey underbelly (not pictured), whereas Peggy Lee has the same dorsal and side color, and a cream belly.

Do you try and produce MGBs? I thought pure lineage of them was few and far between. Glad to see someone taking the time share the info . They’re definitely different

I definitely will attempt to breed the madagascariensis when they are ready. They are really rare and i looked for them for years before finding them.

Awesome! Glad that they haven’t been lost forever. How large of an enclosure are you keeping them in? Do they require an 8 foot cage or do the adults do well in boa tubs?

They aren’t fully grown yet, but I intend to put them in a 5 foot rack when they start to get big.