Wild caught in San Angelo Texas. Picture is way too dark and you can’t see the colors, he is too small and fast to set down and photograph. Named him (not sexed) Walker after a well meaning person sent him to me in a pillow case, stuffed in a poptarts box, no air holes and then put inside a USPS Priority mail envelope (sealed) he then got lost in transit and took 6 DAYS to get to me. That is a tough little guy! he would not eat for the first 2 months, no matter what I tried ( I even have a pet green anole now) I changed up his habitat, made it smaller and a little more humid. He has now shed twice, all one piece and eaten twice. 1 pinky mouse fist time and 2 pinkie mice second time. First feeding was over night as they are basically nocturnal but the last feeding was during the day. I just dropped pinkies in the cage so he could find them later but he found them sooner! I am so happy he is eating, especially eating mice. 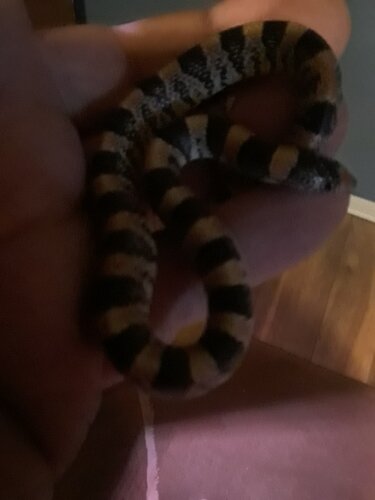 Please continue to keep us updated on him, longnose snakes are a rare see around

If possible some clearer and cleaner Pic of him would be great! Never seen the species before and it seems like it’d be another “bucket list” snake.

I will try to get better pics. in the cage he hides and I don’t disturb him more than I need to right now. I like the species but they are very small as babies and getting them to eat mice can be really hard, otherwise I bet they would be much more popular. Good temperament although they can defecate on you if startled. not so bad with a little one but a bigger specimen can make a mess of bloody feces! once they calm down it seems to stop and I would think captive bred would be calmer. not sure there is any money in the breeding so most people probably wouldn’t bother.

better pic of Walker. he was out and about . 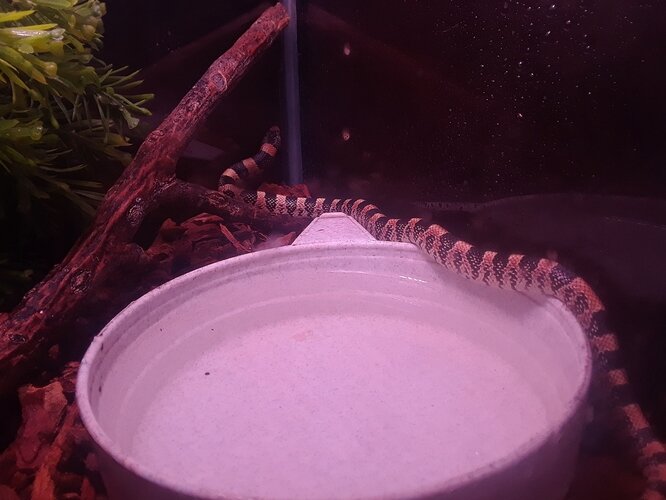