Mismatching eyes, when and what genes?

In the topic cinnamon Spotnose + Cinnamon = Mismatched Eyes?
@eaglereptiles posted a video from Justin Kobylka in which Justin mentioned that he had two champagne spotnose combo’s with mismatching eyes. Both one eye black, one grey blue. I myself have a champagne pastel orange dream pos yellowbelly girl with mismaching eyes. I always though it was random thing just like paradox But after this post I start wandering if there is not more to it? Is there maybe a genetic connection to champagne just like they are known for ringers? If that is the case, do you also see a connection with a woblle. Or are there maybe also other combo’s without champagne that give this mutation? How common is it to see mismatching eyes in ball pythons?

So that’s why the question arised: Who else has ball pythons with mismatching eyes? If you have one, what are the genes? and did the snake got offspring that also have it? Did you see more signs of a wobble in the snake(s)? 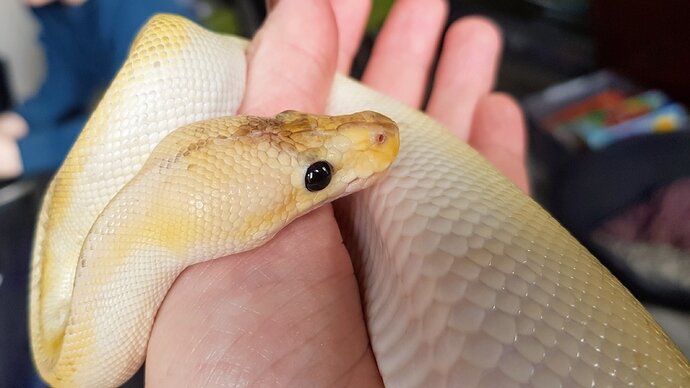 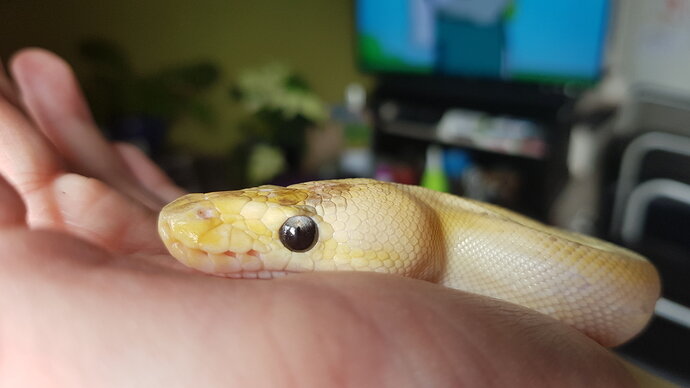 My pied het ghost has mismatched eyes but she is paradox, which I think is the cause of the mismatch. Pairing was mojave ghost het pied to het pied. 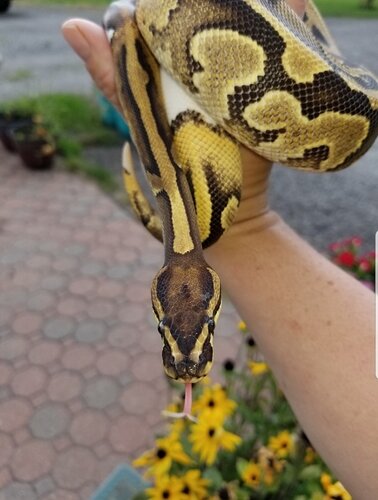 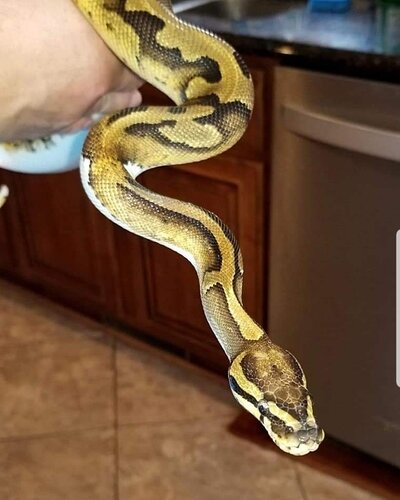 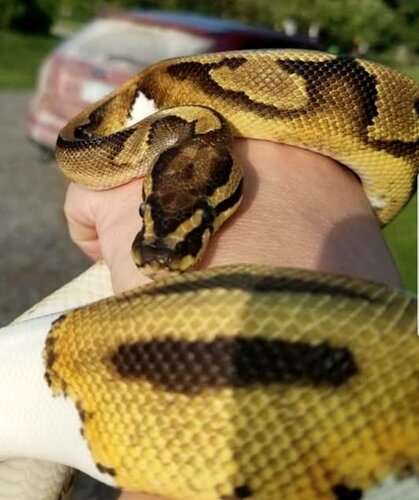 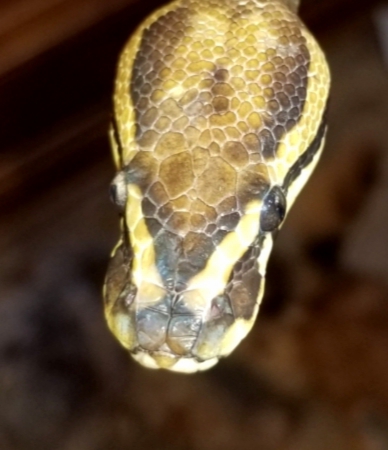 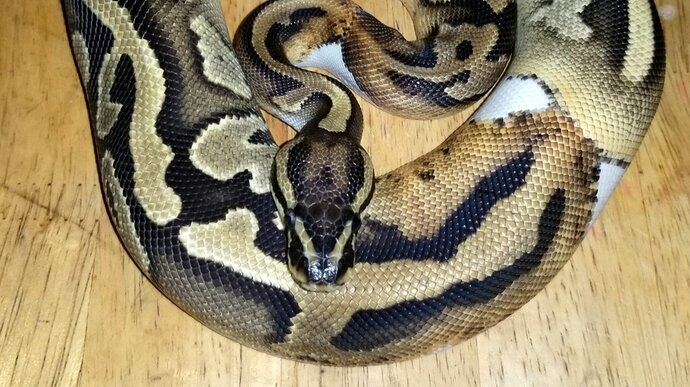 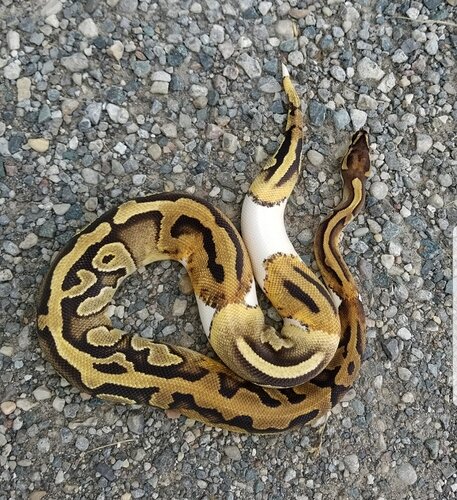 @zanzabeez
That is one really cool paradox.

@dbritz and @zanzabeez did any of you saw sign’s of a wobble? And have you ever bred with them? And saw babies with the same eyes?

I know that it is more common in champagne ( although my mimosa really doesn’t a wobble at all) . Since Justin mentioned in his snakes and mine has it too I was wondering if it is only because of the line of champagne or if there is also a connection with the mismatching eyes.

Only champagne I have with mismatched eyes is a paradoxed animal so It technically does not count. I’ve seen many albino paradoxed animals with different color eyes because of this. 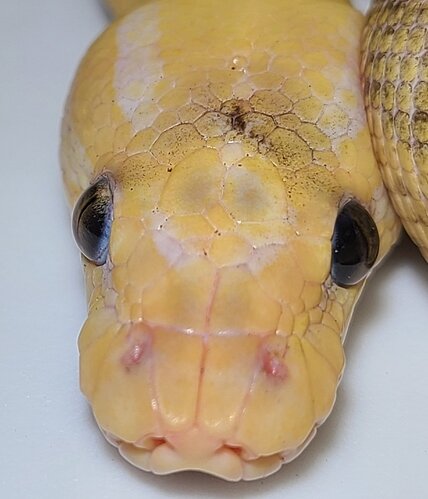 It really is, unless it is just the lighting playing tricks on me, the paradox seems to cross onto the eye itself

It looks like a pied, super stripe,and a mojave sewed together lol.

Champagne is a freaky morph

I never got a notification there were replies. Thank you.