Would be nice to know since there are so many ways to make white snakes just which combos make them. And what problems you may have with each morph along the way.

It’s in the pipeline.

At first I want to finish the base morphs and from there go on to make complex pages and link them to the different morphs that make/are part of them, individually.

I commend you on your efforts. Very nice work! Dont stop and make it a book!!

I couldn’t do it without you guys and all your help.

The thing I like about the internet over a physical book is that the public can chime in with there opinions and mistakes can be instantly corrected. So anyone using it in a studying manner will have the right information without having to pay for a “new edition” when slight changes are made and new entries added.

I’ll try and help, once I’ve gotten my head wrapped around it.

You really would be a massive asset in helping get this going.

John posted a list that I will be following, if you have any single genes I couldn’t explain how much I would appreciate pictures and advice on them.

Pictures of any combos will also be greatly appreciated aswel

If anyone working with a specific gene would like to help out here is the layout:

Here is the list provided by John, the ones with

’s are complete or have been started.

If you would like to help please comment the name of the morph(s) you are willing to work on and I will add your name next to it.

If you need any help feel free to message me and we can get it sorted.

Suggestion: group known allelic traits. I.e. Albino/Candy/Toffee go under ‘Albino’, BEL complex, etc…
Include photos of each allelic trait, but avoid breaking it each one into is own ‘base’ trait unless you feel it can’t be properly grouped (Spider and Champagne?)

If you would like to help please comment the name of the morph(s) you are willing to work on and I will add your name next to it.

I have a juvenile single Russo and adult single scaleless head when you get there. They are my only single gene animals lol

Here is my little Russo girl: 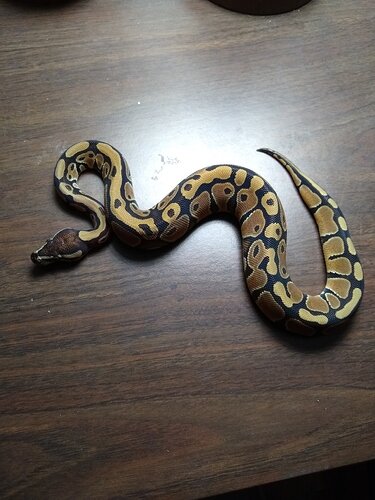 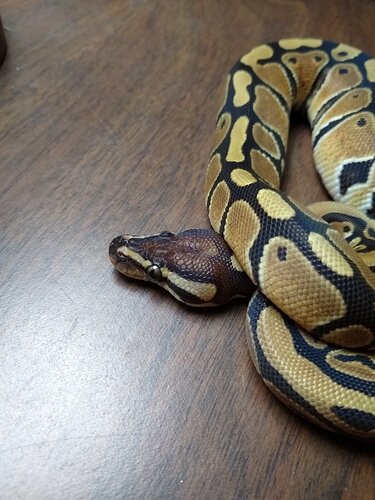 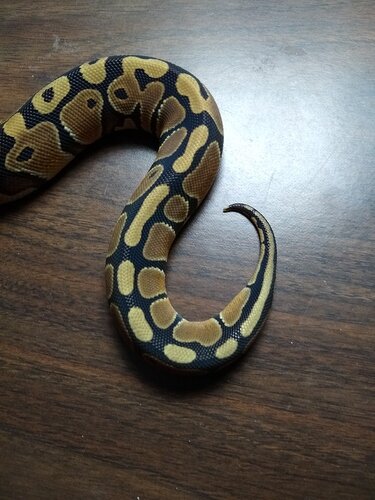 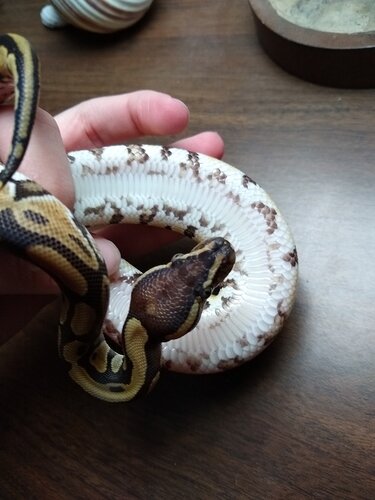 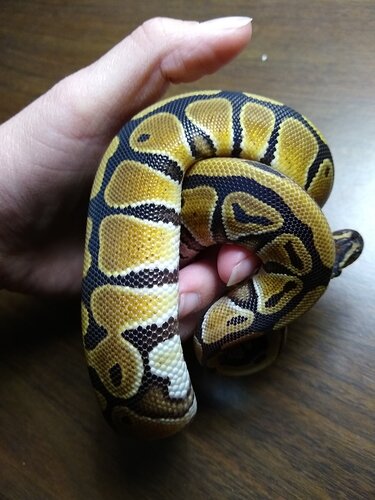 Thank you so much, they should be absolutely perfect

Your encyclopedia is looking awesome, you are doing a great job on it!

Just in case you want to add another banana picture - my banana enchi boy. He’s a malemaker because his super siblings are all males so there’s daddy’s Y banana involved 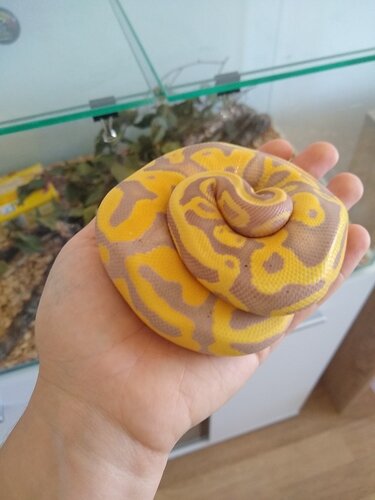 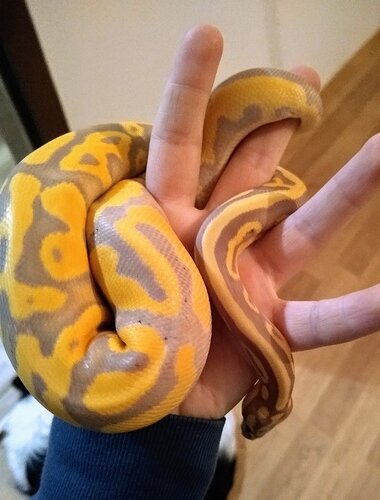 Worldofballpythons.com has a genetic wizard with thousands of morphs loaded. It’s been around for years. Give it a check.