Hi. I’ve just acquired some new leopard geckos and was wondering if u lovely people could I.d them. I was given a written list of their morphs when I collected them, but this differs to the list I was sent before I brought them. 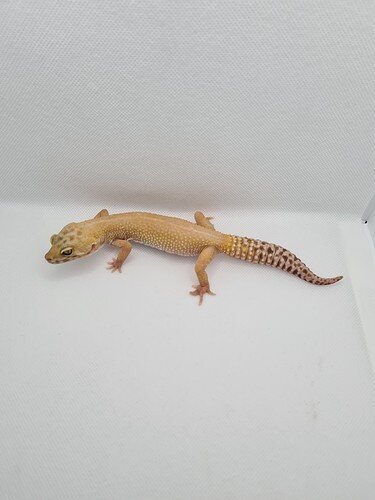 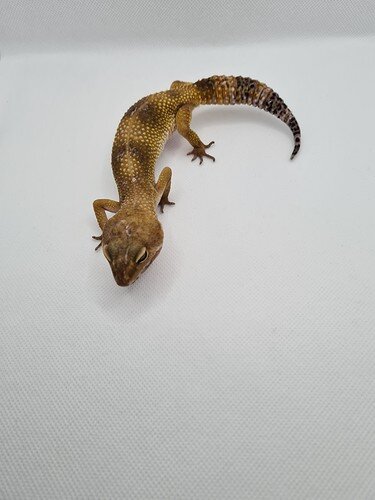 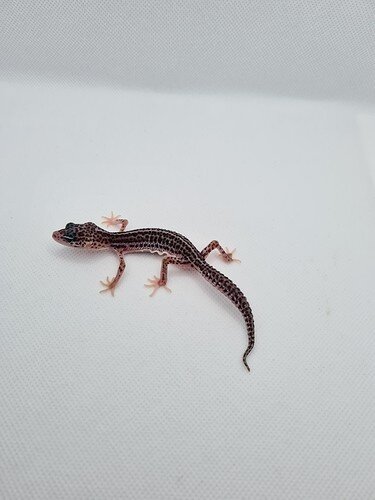 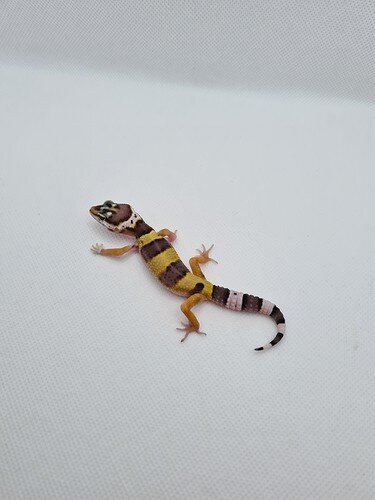 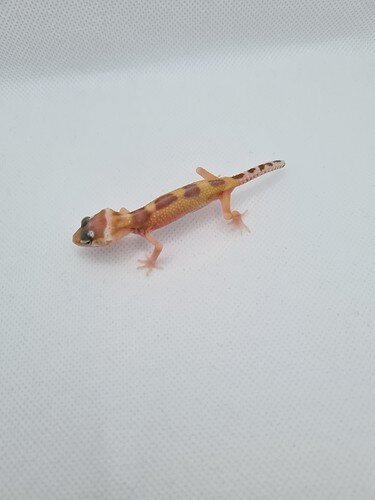 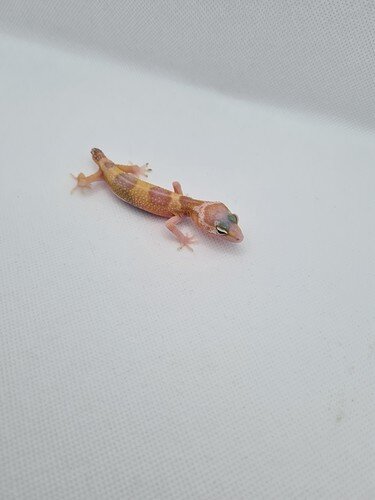 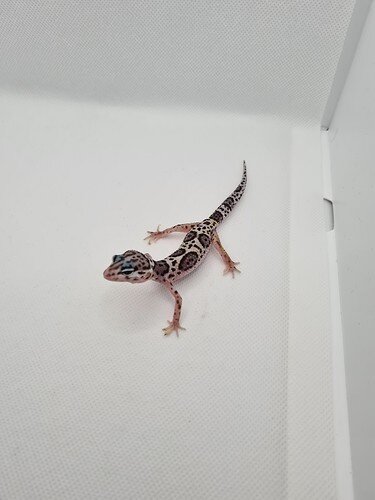 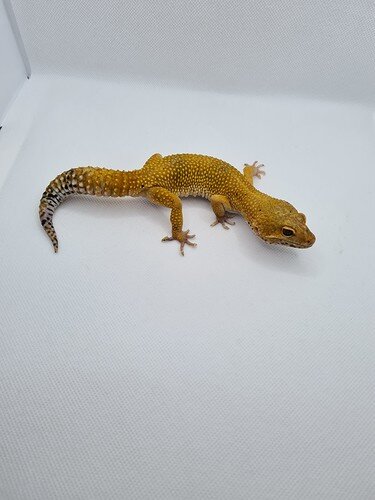 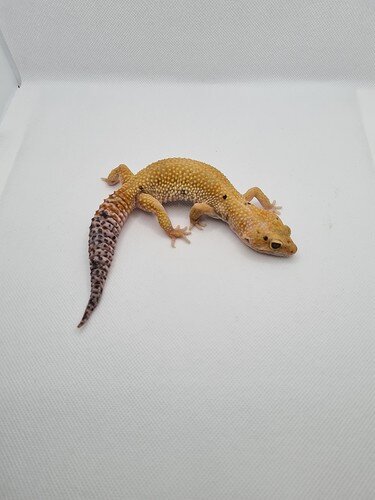 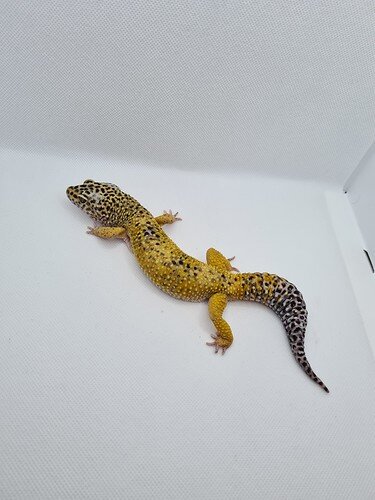 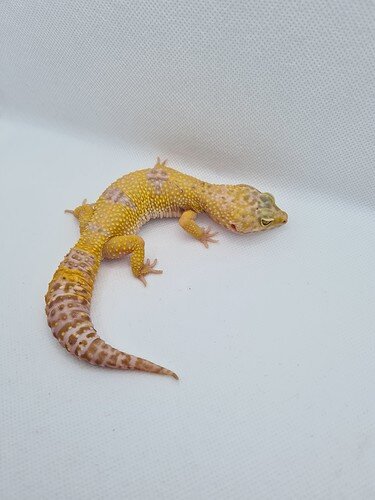 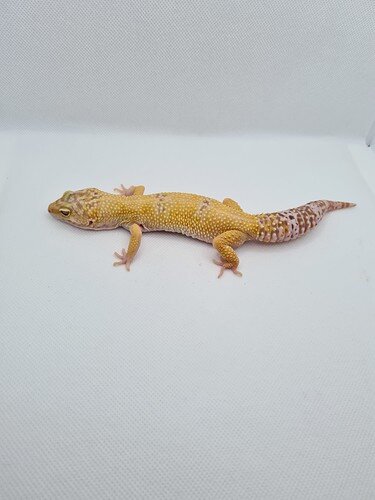 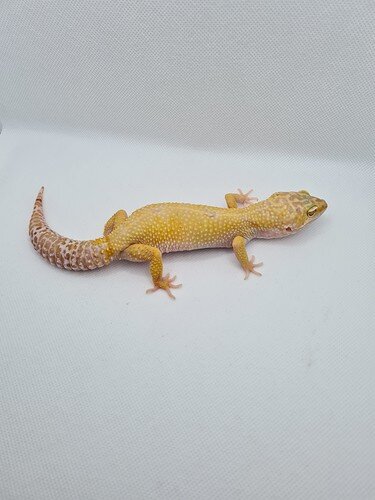 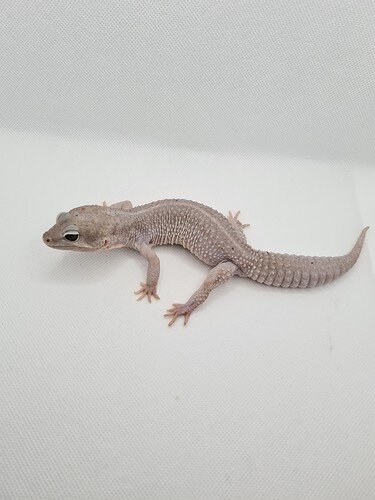 This is what I think

Thank you. They are all different geckos, some male, some female

Number 15 looks like a standard blizzard not a blazing blizzard based on the black eyes which is normal for them. If it were a “blazing” it would have the albino eye type based on my past experience with them. 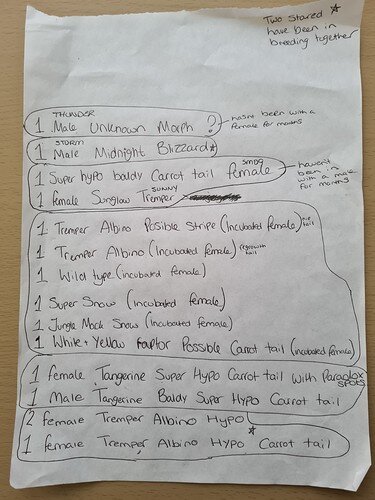 What a cute little group of geckos! I’ll do my best. Something to remember is that you have no idea what any of these geckos may be heterozygous for, especially if you’ve received contradictory lists. It’s not ethical to sell geckos with unknown genetics without disclosing that you aren’t sure what genetics they carry. So, if you breed them, make sure they are all marketed as ‘pet quality.’

From the top down:

Having looked at all these guys, most look quite dehydrated, are missing toes, and in kinda rough shape.

Make sure you get some fecals done on these guys, some of them are dangerously underweight. Fecal samples should be fresh, not hard & dry, you can refrigerate it to buy some time, but it should be same-day. Go heavy on the TLC, especially since you have no idea how old most of them are and the seller is sketchy and took poor care of them. I would not buy anything from that person/business again.

Edit: None of my labels, except the last one, take their eyes into account. For greatest accuracy, clear shots of both eyes for each gecko would be needed. This would help to identify possible Eclipse (Which is part of Raptor).

As an aside, insofar as I’m aware, there is no way to tell visually if a Blizzard has full Eclipse eyes or just regular black eyes. It is also my understanding that not all blizzards have black eyes. @westridge, do you know?

Thanks you so much for all of that. They are all now housed with a continuous supply of mealworms and crickets. I’ve got waxworms and calcium worms on order. They also have a water bowl big enough for them to get in and out of too. I will do my best for those ickle babies

I have never worked with Blizzard, but it is my understanding that not they can display normal eyes, Snake Eyes, or fully black eyes.

Do you mean you have crickets in with them without watching them? @mblaney can explain the best feeders for them. I know waxworms are pretty bad for them.

No crickets left in with them. They have mealworm in a dish that is constantly left in

Also, what is the best medium to use in a lay/shed box? I’ve read so much and it’s so controversial I now don’t know what to use for the best!

Animals like these with unknown low-end genetics and questionable health really aren’t a good choice for breeding. I’d recommend considering these pets and purchasing stock from reputable breeders if you intend to produce quality offspring.

Everybody has differing opinions on lay box mediums. I am not the best person to ask, as I’ve had trouble figuring out what’s best myself. But I’ve had success with slightly (just slightly) moistened sphagnum peat moss. I put it only in the lay box and do not use particulate substrate anywhere else in the enclosure. I’ve heard people use moss and all kinds of other stuff.

Given that these guys are probably nutrient deficient, I would suggest moss (again, just barely moistened- check regularly for mold or drying out). They’re more likely to ingest particulate laybox media if they are nutrient deficient. Many years ago I lost a female after she had ingested perlite from her laybox. You could also try moistened paper towels or maybe even pieces of sponge (they must be too large to ingest).

Thank u. One of the females was trying to dig last night so I’m guessing she may be gravid.
I managed to get the babies to take crickets from the tongs today so I’m happy to know they have each eaten. The adults have all had a couple of waxworms each along with crickets. The babies and females have a small bowl of calcium and d3 in with them, and all of the leos have a bowl of dusted mealworm, and a separate small bowl of calciworms.
The piece of stuck shed on the normals head has now come off and 3 of them have had a successful shed in the last couple of days.
They all have a water bowl big enough for them to get in and out of.
I will get them all up to the best health I can. I’m glad I got them even though they weren’t the best, but at least now they will be looked after properly