Hey guys could use some help for sure on one I believe I got one of them figured out even as a baby. 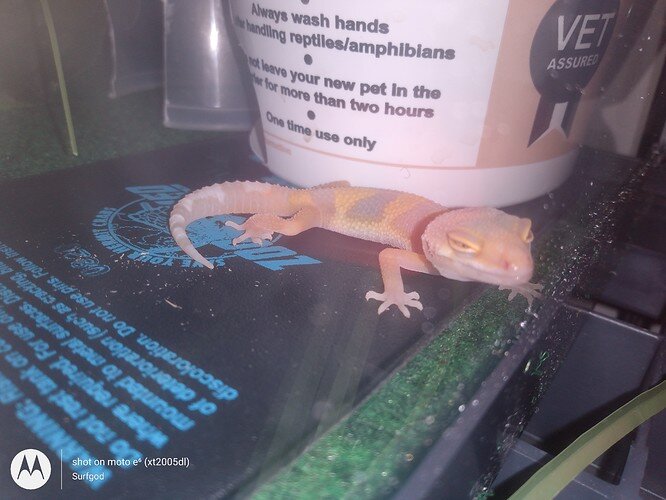 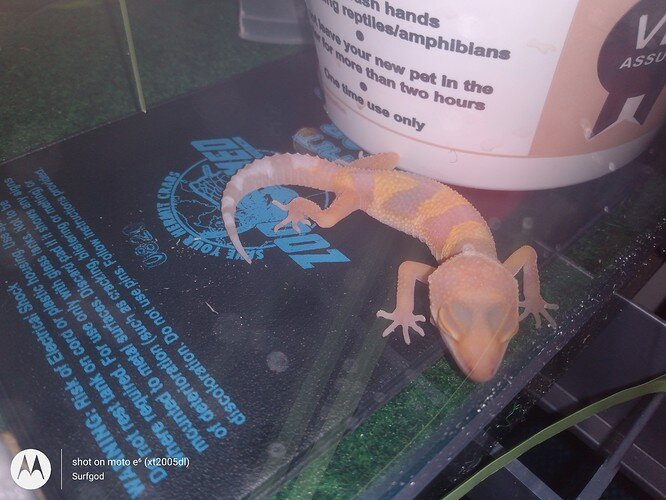 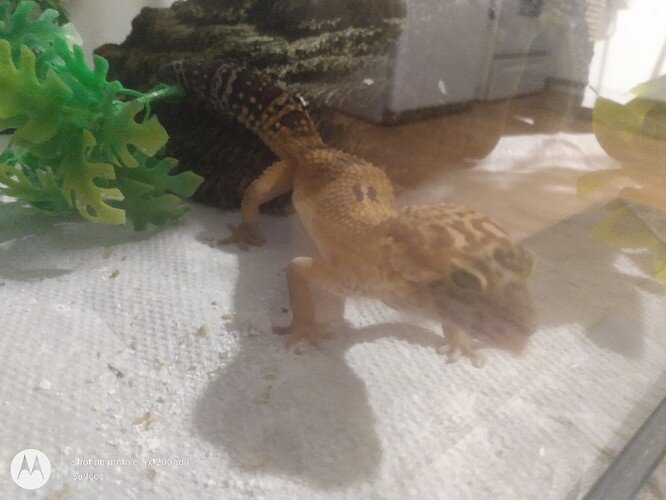 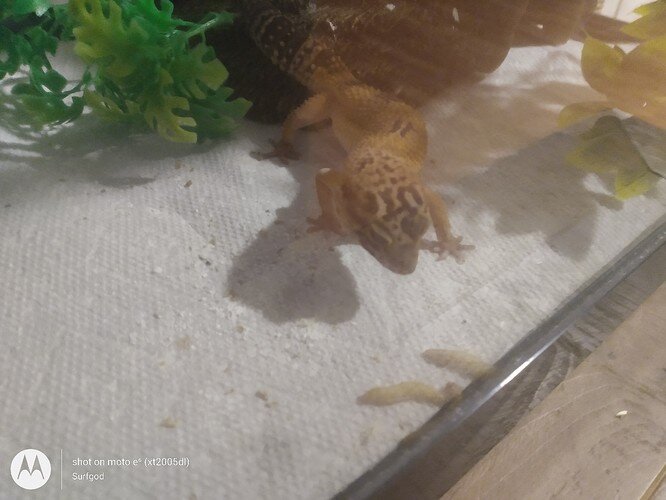 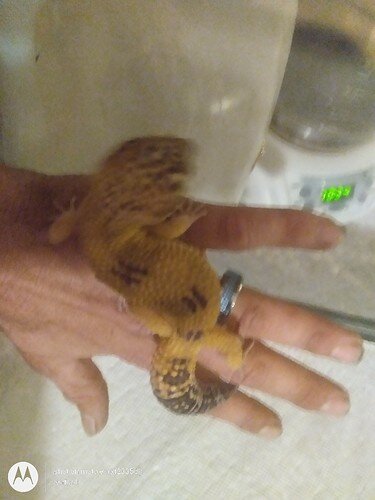 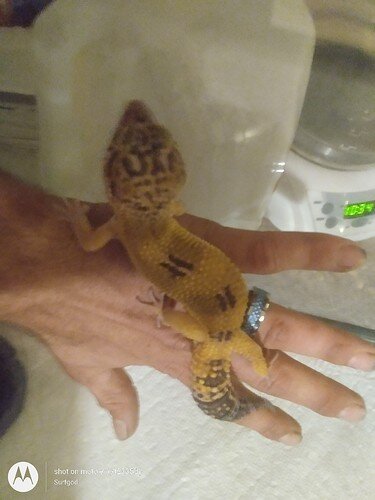 The first one is an albino, unless you were told what strain it was it’s not possible to tell. The second is a hypo. Are these two yours? If so I think the care could be improved. Could you provide pictures of the entire enclosures? Also what are you feeding them? I’m just trying to get an idea how they’re cared for so they can have a great life and live longer.

Eire herps, I know you have nothing but good intentions hopefully but I’m having two refrain Bernie being offended by your comment about the care of my reptiles. The pictures I posted I got a friend to send me because my camera is broken on my phone so the guy that I’ve gotten from give me them in text form. I very much so and not new to keeping leopard geckos and I assure you they are giving 150% the best life they can possibly be given now, as for how they were being treated beforehand it was subpar and this is why I talked the guy into donating them to me for better care. But I will certainly post pictures of all of my different setup for all of my I think 7 leopard geckos, my crested gecko and my 4 bearded dragons if you wish me to do so. I even use a rheostat you control temperatures on my heat mats at the ideal temp range fpr them. Otherwise thanks for sharing your knowledge and I hope to learn a lot more about genetics side of leopard geckos and other reptiles that’s why I joined the forums. Thanks and have a great day

Btw, all of my leopard geckos are on a mealworm/ waxworm diet and all of them are rhe happiest and most content they can possibly be I assure you.

Unfortunately, I did expect you to be slightly offended because I am critiquing your care. I’m glad that you have good intentions and you obviously love the animals but there were a couple things in the pictures that worried me. The albino had a heat pad that it was hard to tell but it looked like it took up the entire enclosure. Heat pads are generally best used if they only take up about 1/3 of the enclosure. This is because if the rheostat/thermostat fails and the heat pad overheats (up to hundreds of degrees) then the gecko won’t be able to move out of the heat and it would die. The heat pad is also supposed to go on the outside of the enclosure. This is so the thermostat is able to be firmly attached to the pad and the pad doesn’t overheat the animal. It would also help a little if you added some fake plants and cover into the albino gecko’s enclosure, but I don’t think it’s needed. The hypo gecko’s enclosure looks great. However I was slightly worried that there were waxworms in the picture. They are not nutritious and they are more of a treat rather than a staple. Mealworms are high in chitin and can sometimes cause impaction. They also aren’t the best feeder though they are better than waxworms. I would fit in more of a healthy feeder (dubia roaches, crickets with proper precautions, black soldier fly larvae, and/or silkworms) into their diet and increase the amount of it they get and decrease the amount of the other food. You don’t need to completely take them off of the waxworms and mealworms because it is good for them to have a variety in their diet but it would be good for them to have a healthier staple. If you follow this husbandry advice for your other animals then I trust that they’re okay. However, (something I actually just recently learned myself) with crested geckos it’s best to feed them insects that are not hard (not bsfl, mealworms, superworms, and waxworms can cause problems) to avoid them getting impacted and injured.

Excellent advice, @erie-herps , I totally agree with you.