I hit my 1st twins this year. Twin ocelot jungle jag carpets. I actually had a 2nd egg that also had twins in same clutch but 2nd set didn’t survive, 1 never left egg and the other only made it 1 day. They are sooo small and won’t feed yet, that’s the downside of twins sometimes. I also had my 1st runt, a 19 gram BP! It didn’t eat for a while but last few weeks finally started, is up to 29 grams now and not refusing anything. Last pic is w a hatchling from a different clutch that hatched the same day. 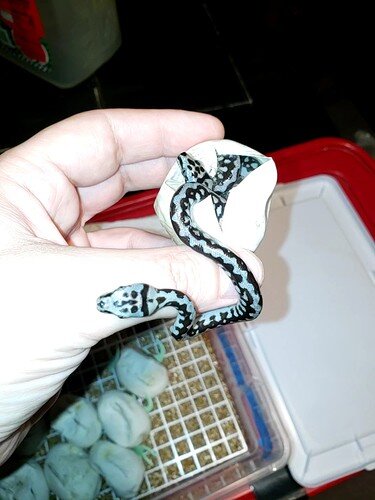 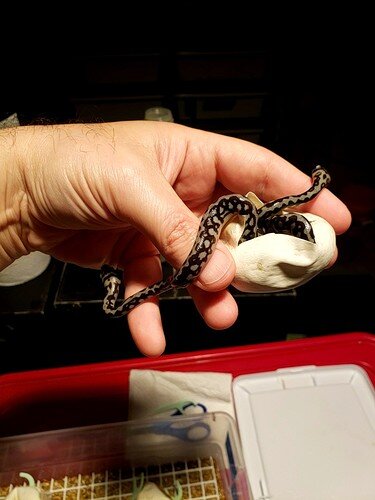 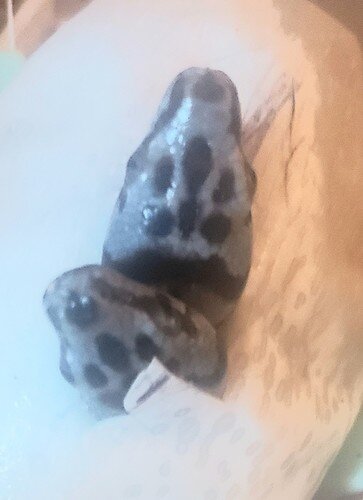 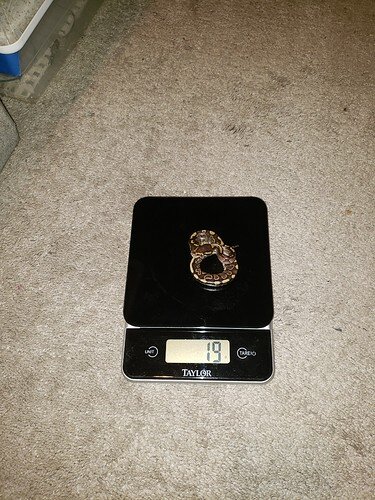 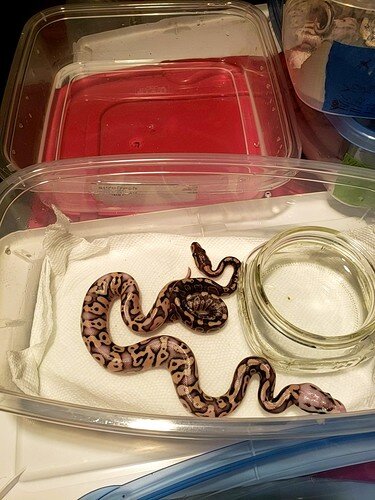 She was feisty right out of the egg! I was surprised she took a few weeks to begin feeding because she would practically jump out of the tub trying to kill me anytime I opened it. She’s not jumpy anymore and eating great. A fuzzy leaves a noticeable little lump.

Anyone else have anything crazy this season? Twins, runts, miracles, something crazy? Post em here send some pics and let us know how it’s turned out so far.

These ones at least are not. Look at the pattern on their neck near their head and you will see different markings.

No, in fact I’ve never seen a pair of completely identical twins from anyone.

Nick Mutton has discussed his findings that carpets have a much higher probability of twins than other species and he’s even had triplets a few times. He’s found that later breeding twins(not to each other) produces even greater probability of multiples in the clutch. The trouble is they are only about 30-40% the size of normal hatchlings so survival rate and getting feeding is more difficult.

My original ball python clutch in 2000 had a set of twins and a lot of my collection are her daughters and granddaughters and great granddaughters. Last year I had I think 4 sets of twins out of 13 clutches. As I’ve worked in more visual morphs I’ve started to notice that my twins are not only the same sex but the same genetics so I think I have an identical twin gene (but patterns vary between individuals, like fingerprints). Frankly I do see twins are much more likely to be difficult starters. Had a twin pair in the low teen grams last year that I had to assist for weeks but was able to save. I still get excited to see them but it’s not all positive.