Oh I love this boy a lot! He likes to change colours a lot! And in different lighting even goes dark red. More spots appearing too! He even had some wax worms today 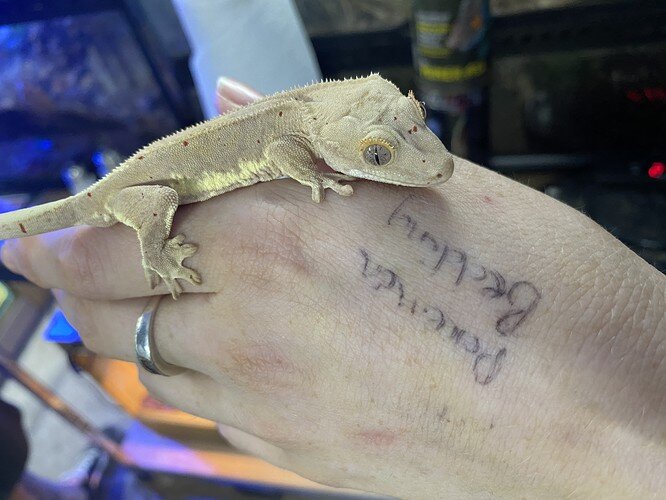 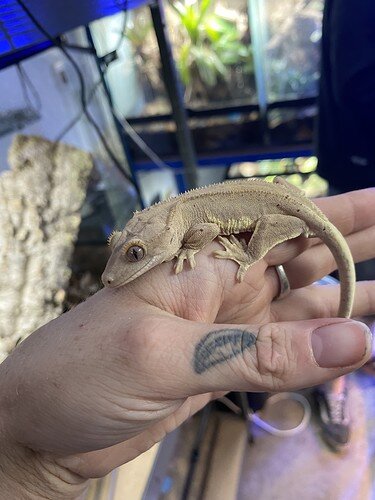 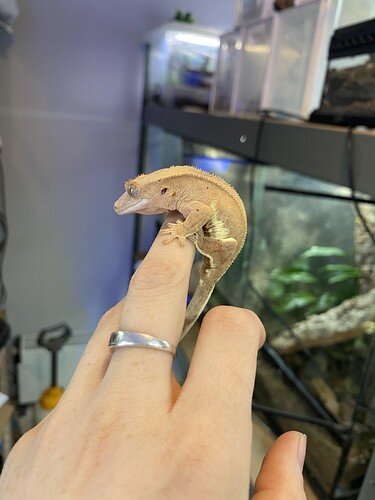 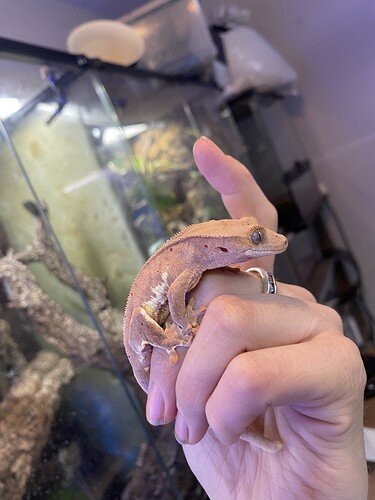 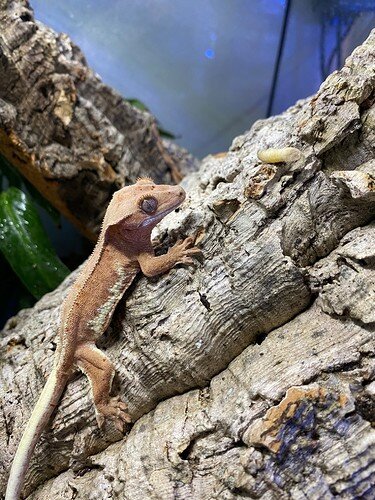 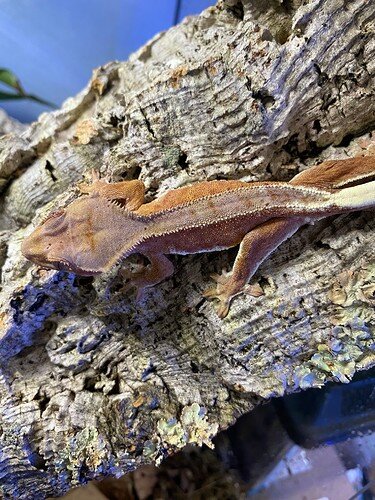 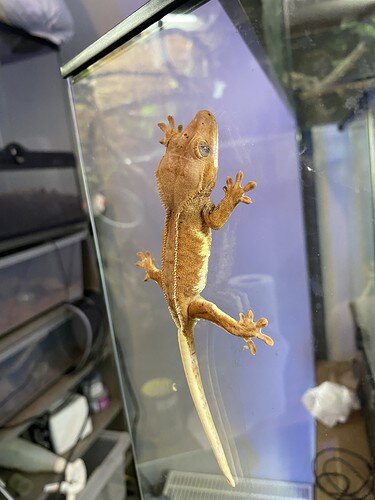 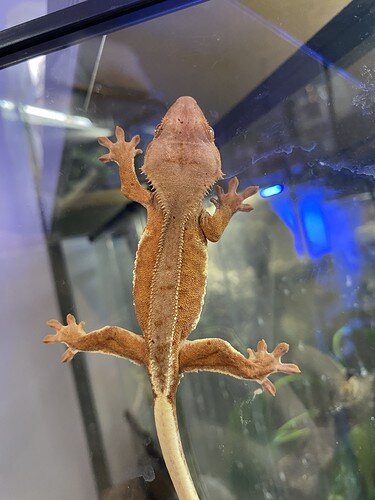 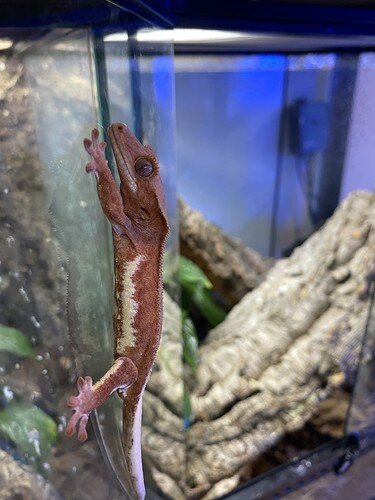 So cute. I love how Cresties change colour. My new soft scale has decided to play with its colours too! Cheeky Cresties

Get some pics up! I’ve been loving watching him lately, a few of the others here have decided to change colours up a bit too which was a shock, big mama got some orange spots?!

They do like to keep us guessing. Cinnamon looks like he might be getting red or orange spots but they are just coming through so will have to see with him.

So below is my soft scale, these are all recent pics and all fired or mostly fired up pics just slightly different lighting. I’m thinking of naming it Rainbow Drops as it keeps changing colour. I think I saw blush with this one too. 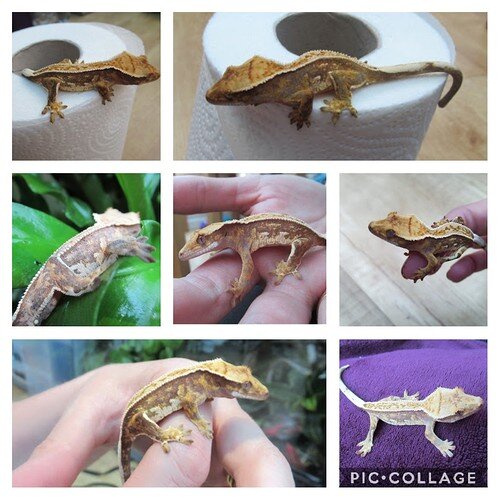 Love that one, and that would be an awesome name!
I must say I do love it fired down a lot! Looks almost pastel!
Oh show us some red spots! They’re my fav atm thanks to Naruto, he’ll be paired with Akira next year in hopes of red lilies with red spots

This Crestie is strange, one minute it’s grey, next it’s hints of red and then brown then to a pink ISH colour. It’s not a dark colour though, will be interesting to see which colour it sticks with.

Cinnamon is fired up so no chance of seeing those spots today, I’ll try again tomorrow. He tends to sleep on the glass doors and that’s when I saw a few so that could be it or he may have more… Or he just had food on his face

I’m mostly familiar with leos & AFTs, so it is so freakin’ cool to see the color changes in cresties! I know this is maybe a really basic question, but what exactly is ‘fired up?’ Is it whenever they’re excited/active? Or temperature related? I wonder if gargs and chahoua (I think I spelled that right) geckos do anything similar?

Fired up is when the animal changes color in regards to emotion, typically from anxiety (either positive or negative). When they’re fired up it brings out and hides different colors and patterns that otherwise aren’t seen. When gargoyle geckos fire up it just increases the brightness of their patterns, it doesn’t typically show new patterns. I’m not sure about the chahoua geckos.

Basically what Erie said.
They fire up usually early morning and night, especially when on the hunt for bugs also!
I had Naruto out for a bit and then he started firing up, some of mine don’t do it fully now as quite chilled, Kaneki for instance will only fire up fully when he’s got a lady friend!
Gargoyles also fire up and down, I had a red stripe and yellow blotch years ago and they’d either be really light/grey (my fav versions of them) Or very dark grey/black with red and yellow.
And yes Chahouas also fire up and down! I recently rehomed my Pastel, but she was pink and green and would be lovely pastel colours fired down and brighter pink/green when fired up

Found red spots! They appeared out of nowhere. His got a few all over but they are smaller.
He was sold as an oddball and he is definitely living up to it. 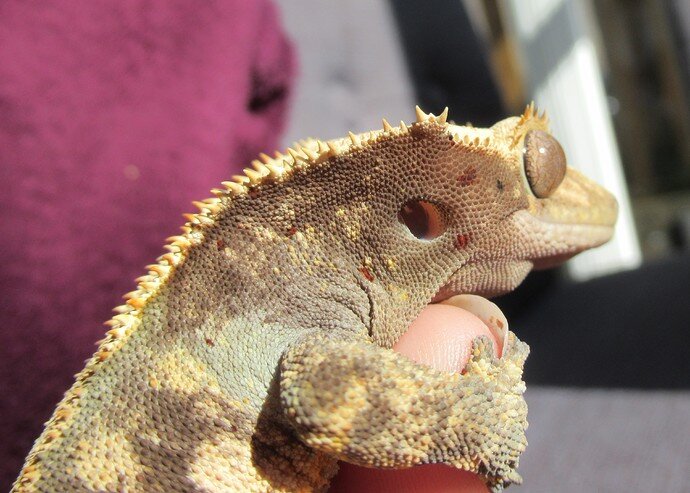 I love that!! I am happy that he is living up to it.

He fires up super dark, so much so that I can’t see his spots!

What morph is he?
Love red spots, might be my second favourite after tris!

He was from a good breeder, but I forgot to ask for parents details straight away and then her phone broke which had all the details on so I’m not sure on his lineage… But I guess I’d say he is a dark base
extreme harlequin (I had previously thought Halloween too, but no) his got enough spots to class as a dalmation and now he has red spots but I’m not really sure on all the spot labelling lol 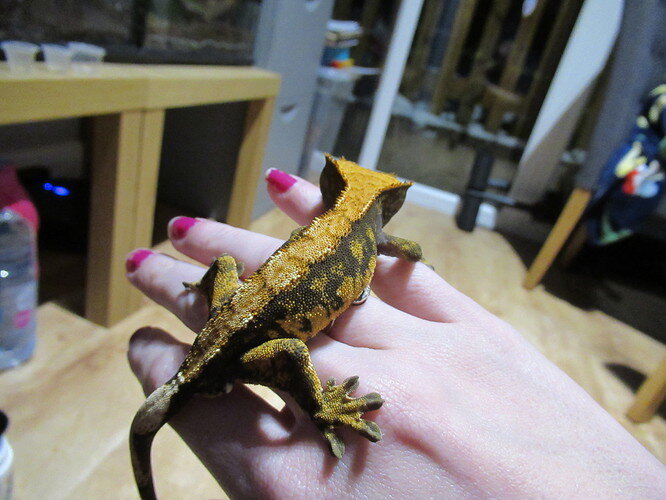 Nightmare! Either way he’s cool, and now even better with red spots!
To me he’s a dark based harlequin, not an extreme personally, we have a few extremes here and basically hardly any base colouring.
Has he got other colours spots or just red?
If just red he’d be a Dark Based Harlequin with Red Spots.
If he’s got others too then Dark Based Harlequin with Dal spots and red spots

As not sure how many he’s got! If a lot then Dark Based Harlequin Dalmatian with Red Spots.
That’s a lot to write out and not get confused haha

I class him as an extreme, I’ve done lots of research and he fits in the extreme category as he has a fair amount of Pattern towards the top and it breaks into the dorsal slightly, although it doesn’t show well in this pic as his not fully fired, plus he hates his picture being taken.

But I agree I have other extremes that have more patterning then he does.

If I was ever to sell him I’d say harlequin or possible extreme rather than extreme as I don’t like the idea of over selling as I’d hate it if someone did that to me.

His got black spots too!

He is such a character. His the only gecko that sleeps on the doors, which amazes me as I have 2 very noisy boys which have spent a lot of time at home being LOUD

He’s pretty!
Any idea what he’ll be paired with when ready yet?
I love having a plan on what I’m doing, though this year I ended up doing more than planned so…

Assuming something Tangerine? Or have you got something completely different in colour in mind?

I’m not planning as my females are mean and not gaining weight!

However I was thinking of pairing him with my orange brindle to see what comes out, esp with his red spots. But I’m not planning!!! Maybe saying that will speed things up.

Poor boy is so ready for a lady.

Caught me taking his pic looking all cute. Smiled at the camera 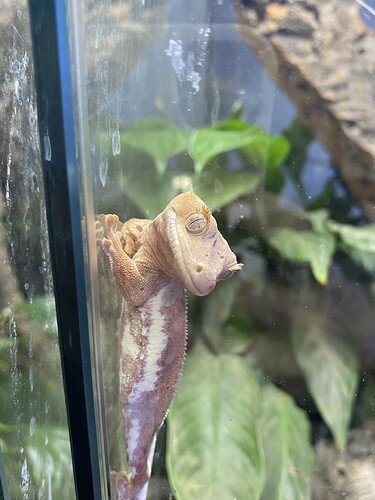 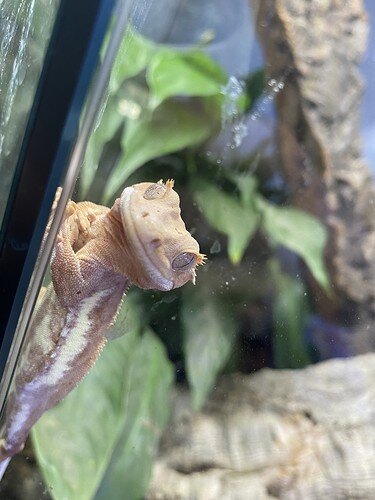 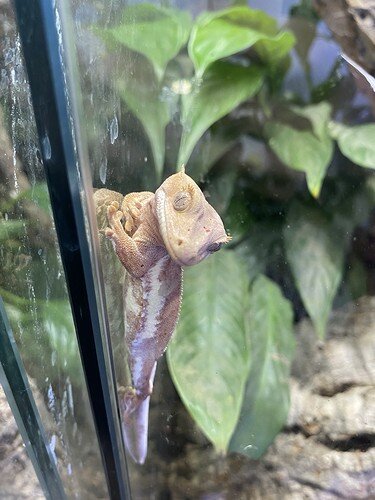 his red base is really showing