I don’t know a whole lot about chameleons so take this with a grain of salt. Could you put things on the sides and backs of the cage so 3 sides are blocked? Not necessarily cover the screen on the sides just putting it a few inches away from the side of the screen.

So sad when people purchase animals without doing research in to their care. I’m happy he gave the poor animal up for free. I hope he gets better soon but unfortunately these guys are so fragile that damage might have been done already depending on its age.

Update: he has been getting treatment and seems to be getting better slowly 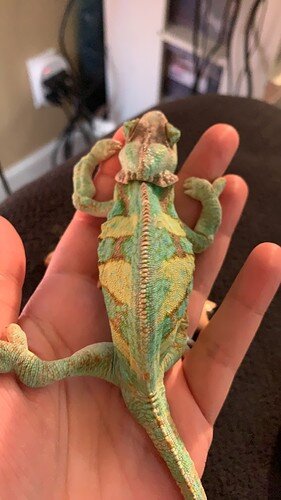 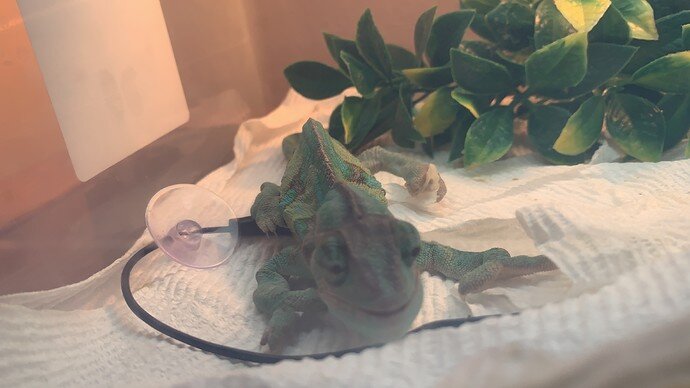 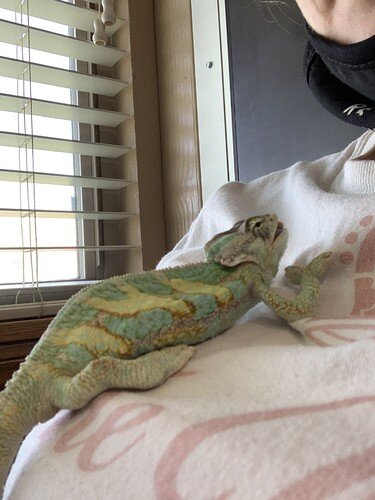 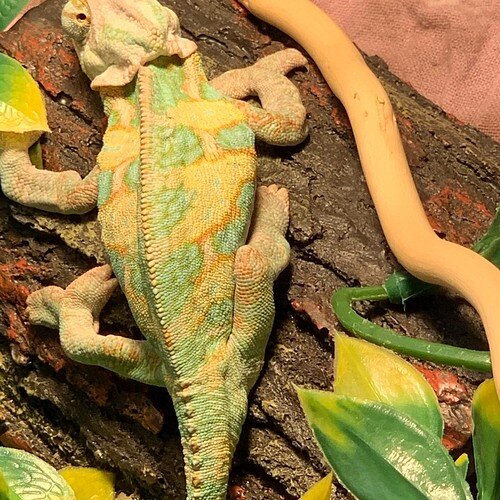 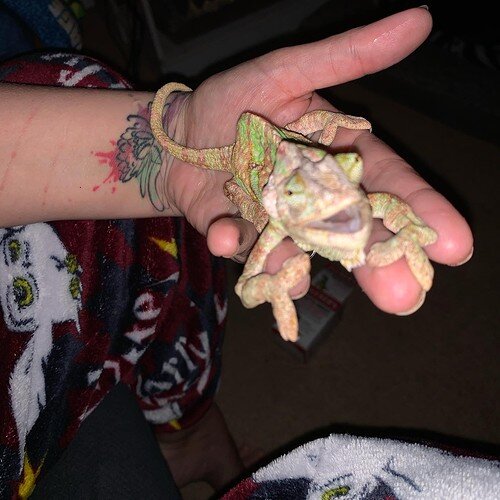 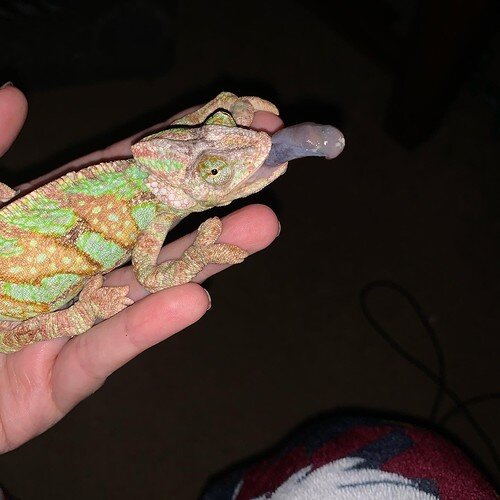 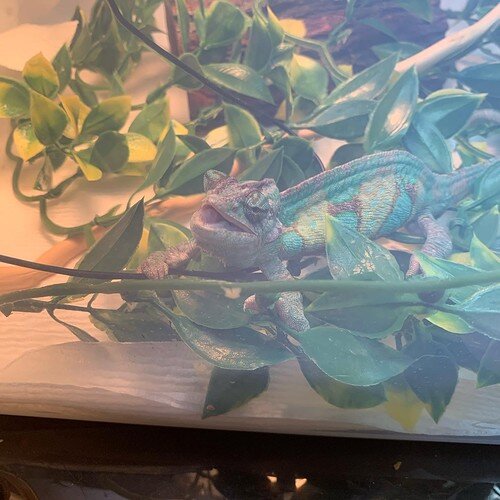 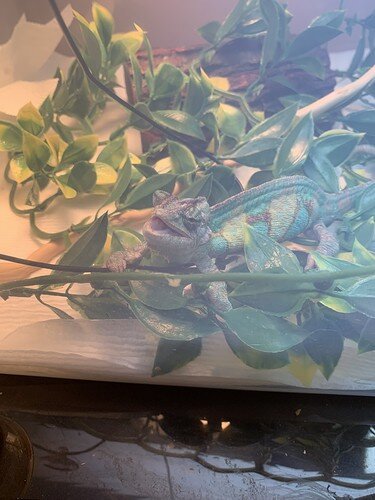 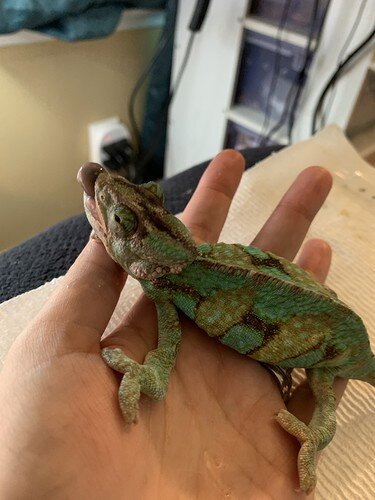 I know this is an old post, but is there an update?

Humidity and also airflow. Paired with nutritous feeders like hornworms should perk him up. Post an update curious to see how its going. Poor little guy.