New addition to my ever-growing collection! 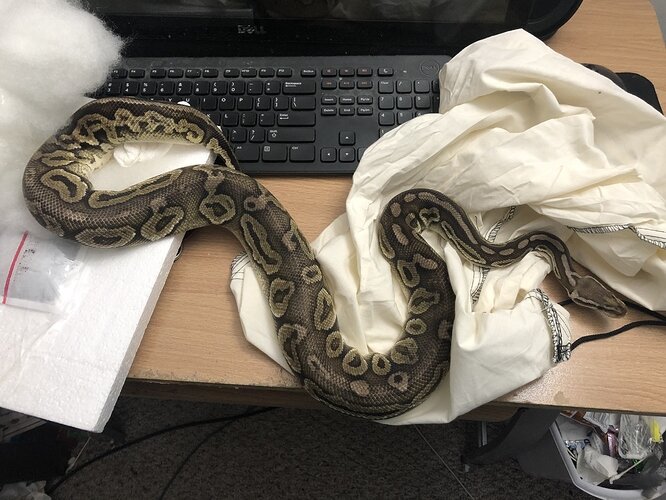 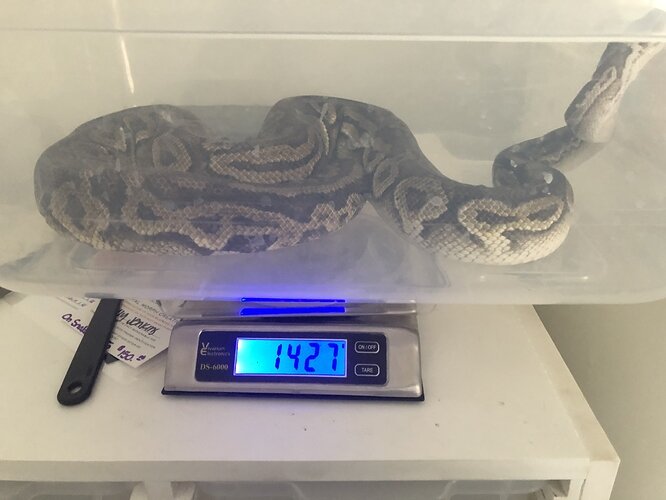 She’s almost to the magic 1500 gram mark, but I’ve heard that a lot of breeders prefer to let them get bigger than that. What are your guys’ thoughts?

When I do breed her, I plan to pair her with my butter spinner male… lots of cool possibilities for the babies!

The bigger the better plus right now she looks lean (when you look at body proportions) and she really need to look plump which that can be achieved while in quarantine, if she is not one of those animals that take 6 months or more to adjust to her new environment which tend to happen with adults.

Yeah, I did notice she was on the lean side. All my other adult females are big and plump, so hopefully she doesn’t take too long to settle in and I can start getting her beefed up a bit.

I was lucky with her… She slammed two small rats for me this last weekend (I had another adult of mine refuse again so I offered her the second one) so I don’t think it’ll be too hard getting her fattened up a bit!

We also decided to name her Charlie, named after one of the JW raptor squad! We already had a Delta and Echo, so now we just need a Blue lol