Hi guys i bought a female bci from a private breeder who told me that she is a:

When i bought her he told me that if i breed her to an anery male in the future that her offspring could be possible worlds first i was just wondering wether this would be true or not as i am not very familiar with boa morphs at the moment.

Here is a piture of her: 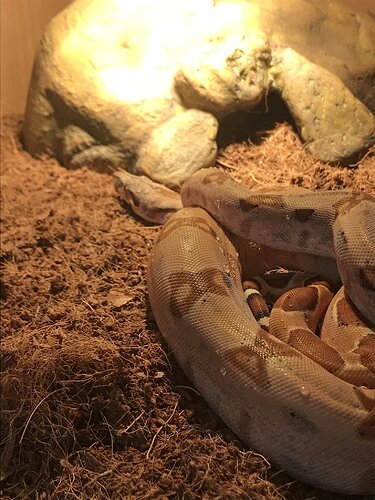 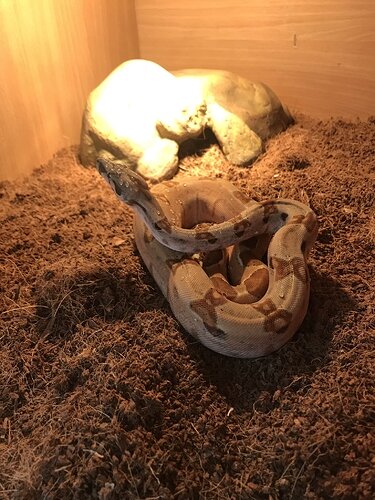 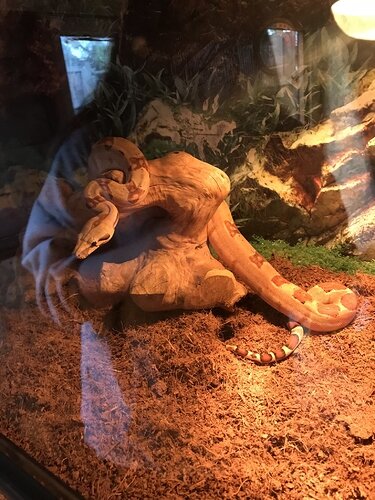 There is no such thing as a “possible het jungle,” or even a het jungle for that matter. Jungle is a co-dominant trait, no hets. The breeder probably meant that your animal is possibly a jungle herself. Furthermore, when bred to an anery male, best you could hope for is a ghost jungle, which is definitely not a world’s first. If she was bred to a triple het sharp snow leopard, and turned out to be het anery herself, she would have a very slight chance of producing a world’s first, but it would be very difficult to acquire a male like that. However, even if you can’t acquire a male with genetics that match hers, since she has a very broad array of genes, she could produce a lot of cool things when bred to males with more attainable genetics such as a Sharp snow or albino leopard, or hets thereof.