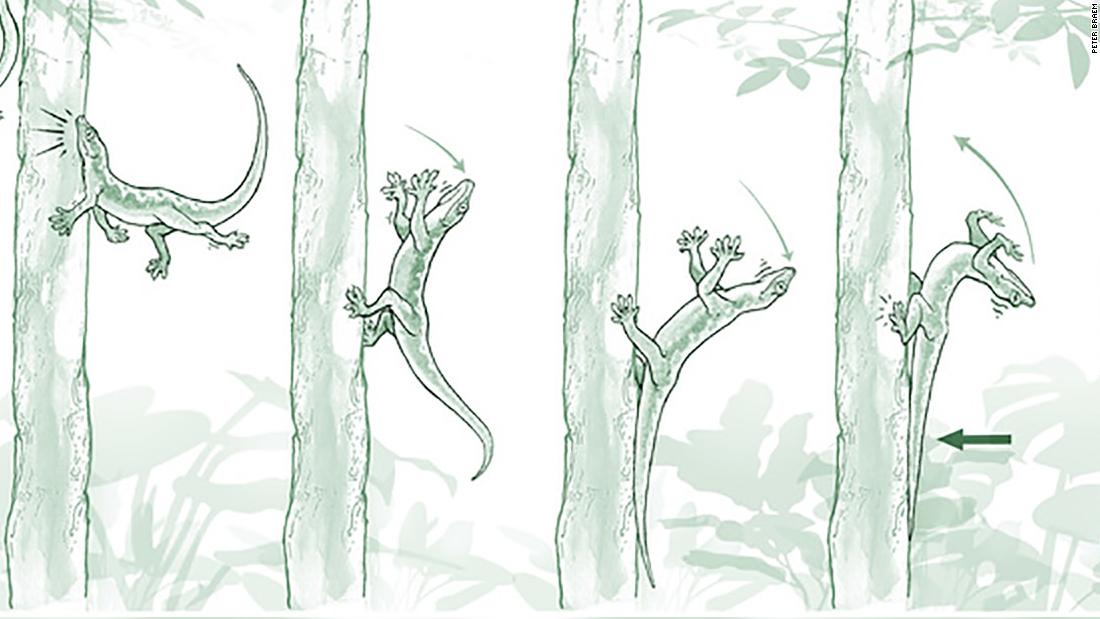 Thanks to their sticky toes, gecko lizards are champion climbers but it turns out that their tails are special, too, according to new research.

So I ran across this article today. I want to know people’s thoughts on this and what they have observed. I don’t have any frog butts and I’ve always heard that no tails have no impact in their health. What have you seen? Are frog butts strong jumpers or do they lose some of their jumping skills with their tail?

That’s not about a Crestie. It’s about an Asian flat tailed gecko

BUT Crestie do cling or hold on with their tail. When mine jump, if they miss they use their tail if they can to grab on and hang. The tip or the tail moves like a little toe

still amazing jumpers that’s for sure!

Many species of gecko will regenerate tails, in those species tails definitely improve locomotion or serve some other purpose (such as self-defense in frog-tailed geckos).

When crested geckos were first described, they were believed to be tail-less, as no wild individuals were found with tails. It wasn’t until babies were discovered with tails that it became obvious that crested geckos were born with tails, but quickly lost them. In fact, with crested geckos there is some debate about whether adults with tails actually have reduced locomotion because the tails are cumbersome and can get in the way and caught in things. In the wild, the tail is rapidly dropped, probably to avoid predators, and there was no benefit to regrowing the tail (as regrowing tissue is a tremendous metabolic expense).