He is baptized with the name Ghandhi. 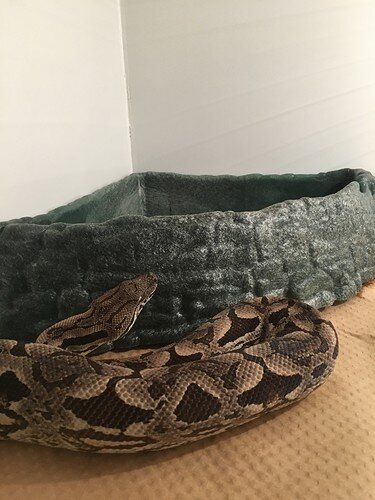 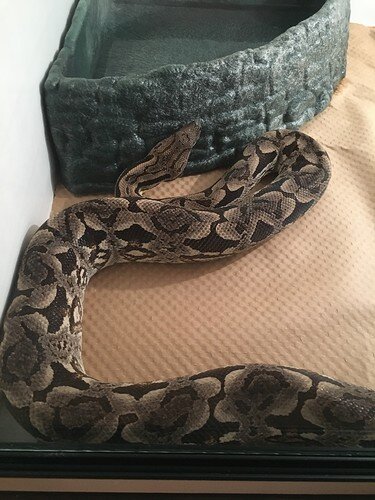 I love these guys they’re so awesome, their pattern is so cryptic. Congrats

Thats exactly what I like the most…That pattern. I can’t wait for him to get chunkier…He pretty darn strong for his current size.

Some of the patterning reminds me of a Gaboon viper. The number one reason I will buy a dumerils in the future.

I really like the look of these, so much different than BCs and about the same size when grown. Looking forward to adding some to my collection as soon as I move into my house!

So I’ve noticed my Dumerils has quite the food response. I mean its right up there with my Blood Python and actually worse than my female retic. I never new they had such an insane food response and the quickness I’d be tempted to say rivals my Blood Pythons. Its a very reactive animal…The type you have to INSURE he knows its not feeding time by touching him with the hook quite a few times prior to handling. When out of enclosure he’s very chill unless he’s been sitting out on the floor or something on his own for a while in which case I must ensure I once again touch him with the hook prior to picking up and putting back in enclosure. Are you Dumerils this jumpy?