*So these are not feeding pictures

I just fed Kai and after he finished eating he kept opening his mouth. I know my humidity is good it’s between 60 and 70 but more like 65. My temps are 91° hotspot and the cool side of 79°. Is this something that snakes do sometimes? I personally check for RIs at least once a week with him. I just never noticed this before because usually once he’s done eating I’ll leave him alone for two days.

Here are some of the pictures 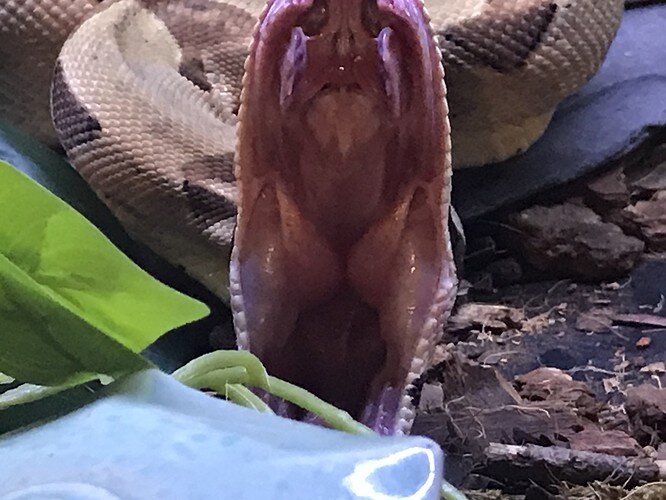 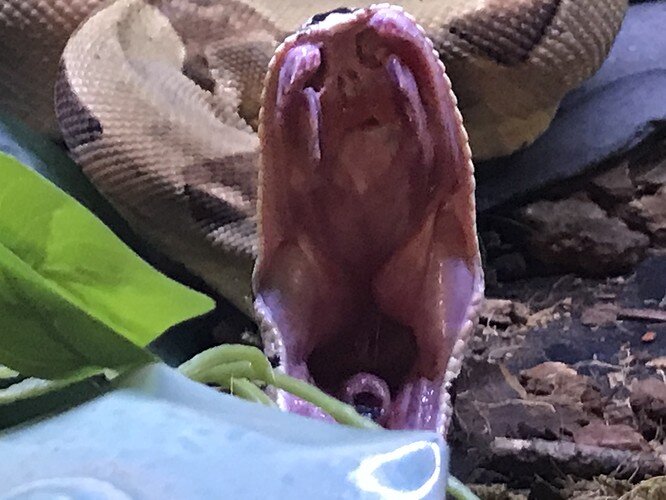 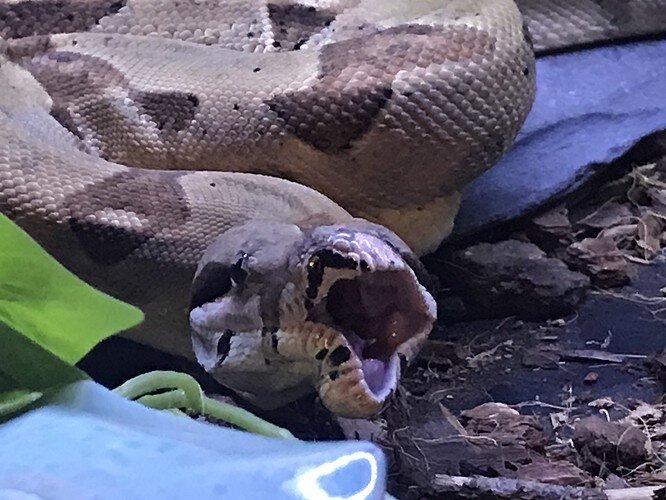 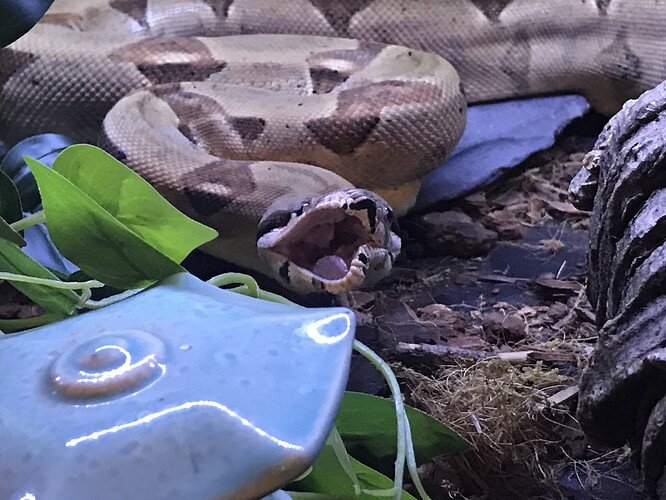 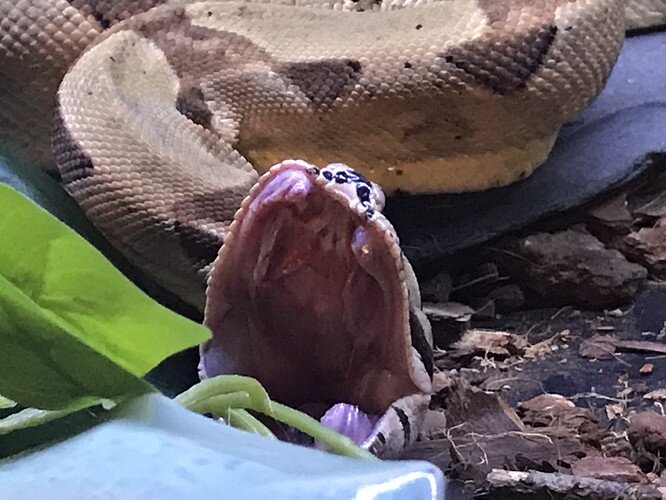 Perfectly normal Riley.
Often after any snake species feeds, they will display this behavior to readjust their jaw. They have split jaws that allow them to “walk” the prey items down their throat. Imagine whenever you ate your lower jaw split and allowed you to swallow a whole burger instead of eating it piece by piece. You’d probably want to stretch it out and “pop” it back into place.
This is what’s happening with Kai, and his mouth from those pictures looks very healthy so I would not be worried one bit.
Not a stupid question at all and always better safe than sorry

Thank you @mnroyals it’s just because of his deformities and that he does have some suspected facial/airway deformities he is at higher risk of having respiratory infections so I’m hyper aware of his symptoms. It also helps that you say that he looks healthy LOL. So weird that I’ve never noticed this though😂

When I first got into snakes over a decade ago and I saw this behavior I was like what the heck is going on lol. Then I read up on it and noticed it’s completely normal and actually makes a lot of sense.
Now I sit and watch after my snakes eat hoping I get to witness it. One of my favorite things to watch my snakes do actually.

I think I’m gonna watch him do that from now on because it is like watching science in real life. Much of why I love snakes is that they’re unique to basically every animal on the planet. They don’t have legs, they’re cold blooded, they are carnivores, they either can be extremely strong or use proteins to get them food. The diversity and the uniqueness is unmatched in my personal opinion

Yup compleaty normal after ther eat! Both of my BCI’s Henry and Diana will do this after a meal, sometimes randomly out of nowhere as well. Not that long ago Henry did that with his head on my cheek made me jump seeing that out of the corner of my eye lol.

Henry did that with his head on my cheek

I think that would scare the biggest snake lover LOL

This is a great picture to show the glottis aswel. 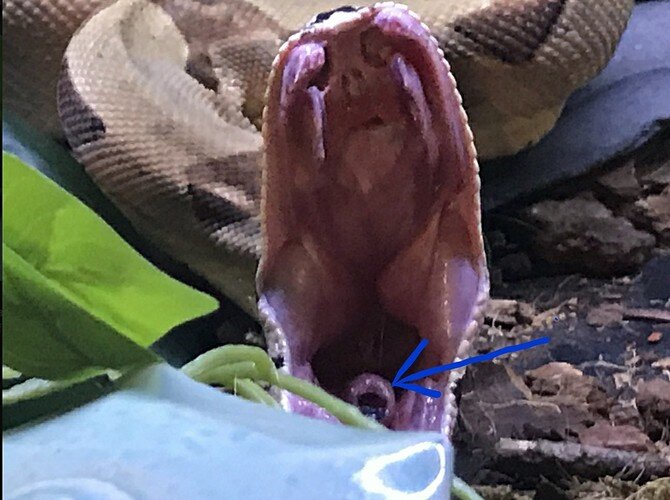 The glottis is essentially a windpipe for breathing while they are eating and their necks are full of prey.

It is often confused by new keepers as a swelling or sign of a problem.