Our male Lavender False Water Cobra is already nearly completely patternless. He will likely have nothing more than a faint postocular (behind the eye) marking. Being that False Water Cobras are my absolute favorite species in existence, these Lavenders never seize to blow me away! Such an intelligent and rewarding species to keep. 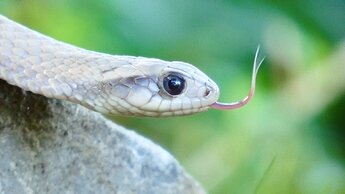 Sovereign getting a sniff of the fresh air. 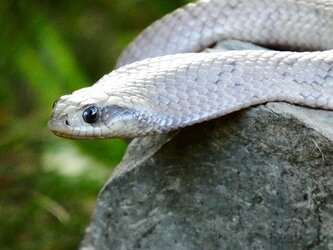 Evidently he did not appreciate something he sniffed out. 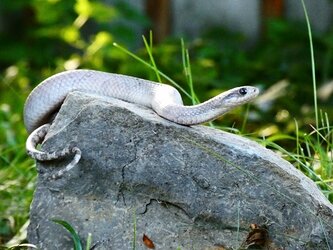 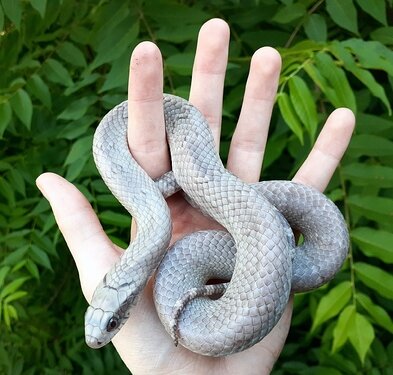 He’s really beautiful! I have never seen a FWC morph before. I didn’t even know they had morphs!

@macabremoose there are only a few, Lavender being the rarest confirmed morph.

Then there are a couple others that aren’t “officially” named, mostly because they are so new and poorly understood. Among these include FWCs that are substantially darker, have more apparent yellow coloration, or have significantly less coloration altogether.

FWCs are one of the snakes I’ve always wanted to keep. One of my absolute fav snake species

Is that a hypo lav? Didnt think any have been produced yet. Never heard of, or seen a patternless before much less a lavender patternless . Truly a beautiful snake. I definitely have to have one. Are you in the states?

Inlighten me and try to educate me on this false water Cobra is it poisonous? I didn’t know such species existed so does he have a hood like a cobra but he’s not venomous is that what it means?

@jackiendan, I am in the states, in Michigan. I acquired a 1.1 pair from Jason Taylor of Beyond GenetiX, who imported them from a European line.

No Hypo that I am aware of, although for comparison, my female does have dark, distinctive bands unlike the male seen here. Coloration varies so much in FWCs that determining if there is a hidden trait is rather difficult, especially if it is masked underneath another. Time will tell!

@122489, H. gigas is an opisthoglyphous (rear-fanged) Colubrid. They do display a hood similar to Cobras, although they can not perch up in a vertical position like one; they remain parallel to the ground. In regards to their venom, their delivery apparatus is quite poor, so the risk of envenomation is low. While I am hesitant to say they are completley harmless to humans, the typical reaction to their venom if someone happens to be bitten and envenomated is relatively insignificant; most keepers, myself included, only experience mild itching and redness for a few days, with nausea being the worst symptom in usual cases. That said, there is documentation on medically significant reactions that resulted after prolonged “chewing” occurred after the False Water Cobra had latched on. Their venom has not been thoroughly evaluated, so as with all venomous snakes (rear-fanged or otherwise), handling should be exercised with caution.

I have him in my contacts. Guess I will be calling him later. Lol Thanks for sharing a true gem. Please keep us updated with lots of pics of them. Would like to see him when he becomes a giant.

@jackiendan thank you, I will certainly keep the forum updated on him as he grows. The female is also stunning, but something about the lack of pattern on the male blows me away. I’ll have to take some updated photos of the female for comparison soon.

@beast-blade-wolf_987, FWCs are by far the most rewarding species I’ve ever kept, right up there with Drymarchon. The way they interact with their keeper is incredibly fascinating. I love this species dearly.

I took these photos today of my Lavender female while she was exploring her enclosure. Mind you that she is in shed, so the true contrast is a bit more dramatic than this, but you can still see the significant difference between these two. The bottom photo shows them both side-by-side, with the female on the left and the male on the right. 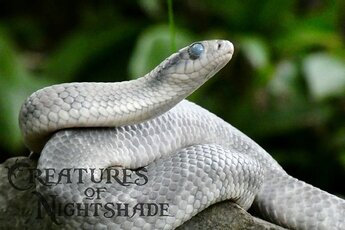 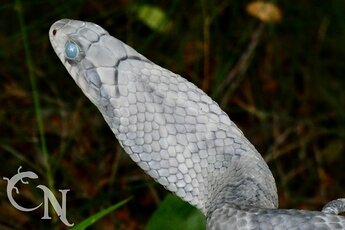 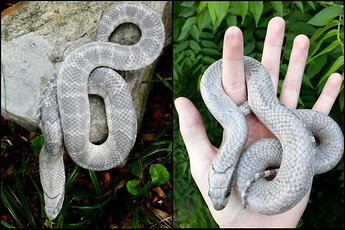 False water cobras do have venom but its mild and not usually harmful to humans unless allergic or something like that. The scientific name is Hydrodynasties gigas and is in the Colubridae snake fam. While they can hood like a real cobra they dont usually rear up like one. They are one of my personal favs that I wish to own one day.

Drymarchon are also among my dream snakes. Them the FWC and smaller snakes like hognose corns milks maybe bulls etc are my dream serpents outside the dangerous venomous stuff like vipers and elapids and such. However I dont think Id ever really get a hot snake like those so Ill stick with my dream list outside the vipers/elapids.

I’m seriously enjoying the content you are putting out here, keep it coming

Thank you, I’m glad to contribute my love for these animals to the forums.

She has a reduced pattern also. The uk lines I have seen dont have reduced patterns. I think he is got his originals from Italy. Remeber me when you start getting clutches. Lol

Yes, they do come from Italy. It will certainly be interesting to see how they turn out as adults!