Playing with the Palmettos

Who else keeps or breeds Palmetto Corns? Has anyone seen or made combos that increase pigment distribution?

I’m pretty excited for these two. The female came from a friend. Her mother was produced from a Palmetto x WC pairing. The male I acquired separately and is about as unrelated as you could hope for. 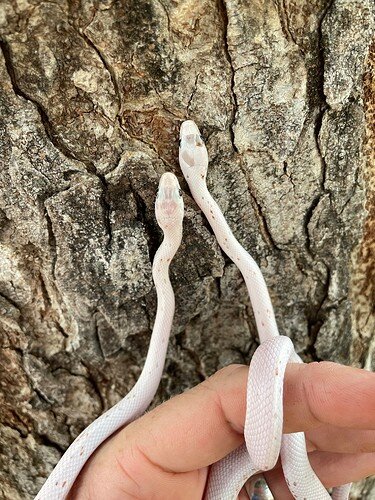 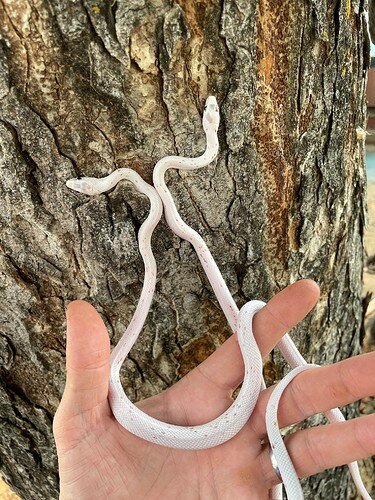 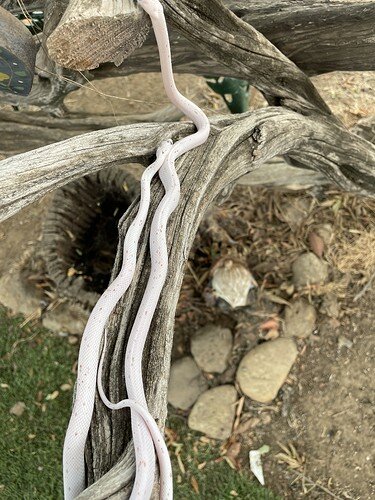 My fav type of corn, would love a pair eventually! I keep looking at all the palmetto types there are too. But I think just palmettos for me!
Yours are beautiful

Really beautiful! I hope to get a palmetto someday.

Pals are on the “eventually” list for me as well. Hesitant to breed though since Bug Eyes are a thing with them and I personally think it’s irresponsible to spread that trait.

@solarserpents @ghoulishcresties thank you! Visually they just check all the boxes you can ask for in a snake lol.

@meerkatlyndz I’ve yet to see a palmetto that was even close to as bad as leucistic rats, but they do have a touch of bug eye. Both of these I selected specifically because it’s as minimal as you can get in this morph.

You don’t have to worry about spreading bug eyes. Think of it like spider wobble or bug eyes in Super Lesser BPs. The trait won’t pass on to any other non palmettos. The deleterious gene(s) responsible for the bug eyes are directly tied to the leucistic phenotype.

Here is a comparison of both of mine to a Carmel Tessera that’s appx the same size. You can see the difference, but it isn’t so severe as to be a health concern. 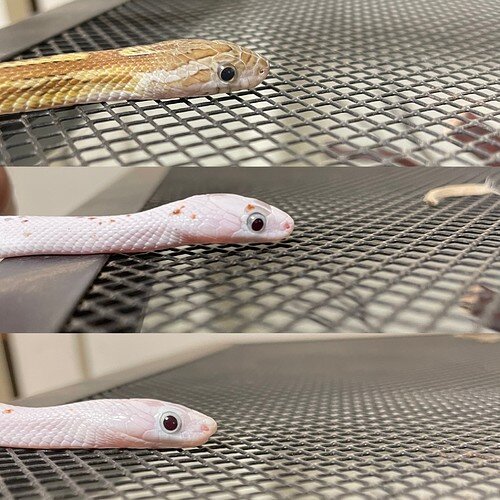 That’s good to know but does the Pal gene carry to offspring if one of the parents is another morph? I’d assume it does since you have Pals with different patches of color.

Yep you are correct, any combo that was visual leucistic would be affected.