I took this girl in as a rescue 8 months ago. She was severely underfed (they said they did not feed in almost a year). Now she is back healthy and strong again. Was just wondering if I can get help identifying her. She is supposedly 9 years old. 5 feet full grown. Verified female. 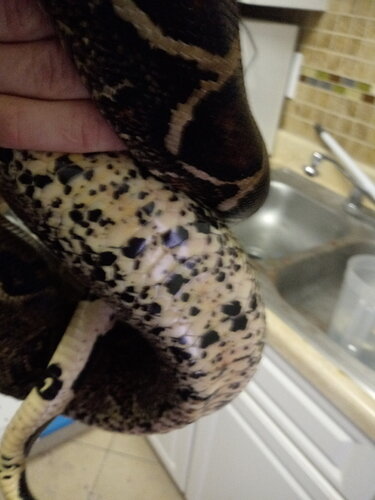 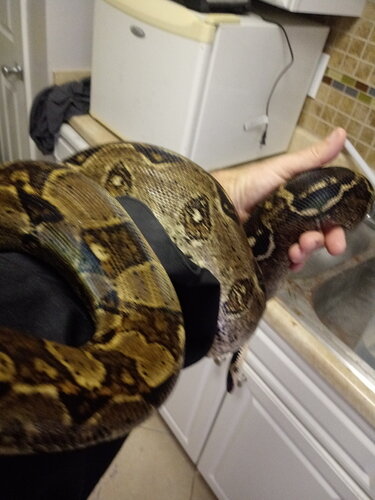 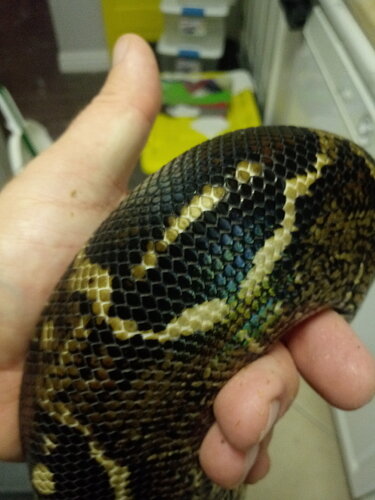 She is super dark. Not sure if genetic or just nice dark pattern?

Would like guesses on locality and morph? Is truly a guess but would be nice to have some clue. 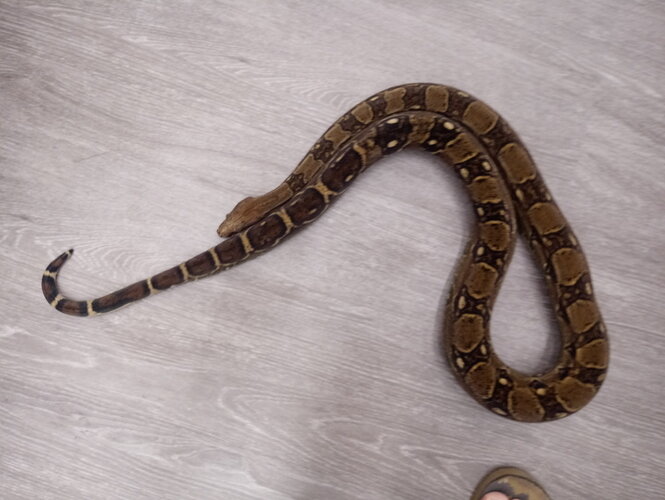 Looks like a common BCI, with some heavier Colombian influence. The problem these days with trying to put a locality label on most animals…is that the breeding colonies have been so mixed and muddied…that unless you get an animal from a reputable breeder who works with specific and legitimately documented localities…like Vince Russo, or a few select other breeders…it is almost impossible to classify any animals as any specific localities…so nobody out there is going to be able to tell you the locality of that(or any) animal by looking at it…if they do, they are either being dishonest or simply do not know what they are talking about(unless it is an animal they or someone they know produced, from documented parents). A lot of people will put a locality label on an animal to make it seem more valuable or make it appear more rare…but the simple truth is that there are only a few people who have documented and legit locality animals. Just be careful when someone tells you they are selling “locality” animals. There are several legit folks who are…but do your homework first. Some animals have super obvious traits that come with certain localities, but with so many people cross breeding types and localities…it USUALLY can not be guaranteed. But that is a nice animal…and I would guess at least some Colombian influence…but I would not say for sure that it IS a 100% Colombian. Hope this helped. Beautiful boa too!

Thank you for chiming in. What ever locality she is, she is loved and amazing animal. I am happy I rescued her. She also does good for my reptile shows.

You’re welcome. Boas are awesome snakes. I am in the process now of moving out all of my retics and a ball python(that actually pounds frozen thawed…maybe I should keep him!

)…and am going back to keeping only boas…love them.