So, my first ball python has arrived, I’m still waiting on the feeding information from his breeder. But while I wait on that, I have a few questions:
Do you reckon he may be Mojave? The breeder listed him as Pastel Spotnose Butter
And secondly, does he look underweight? He’s a subadult from 2018 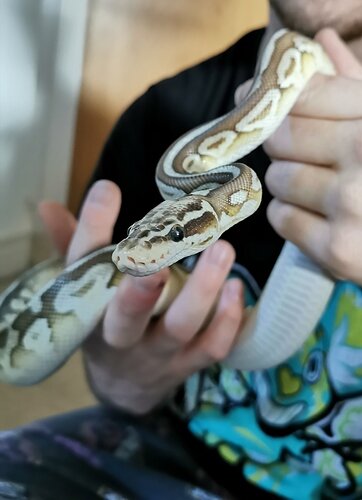 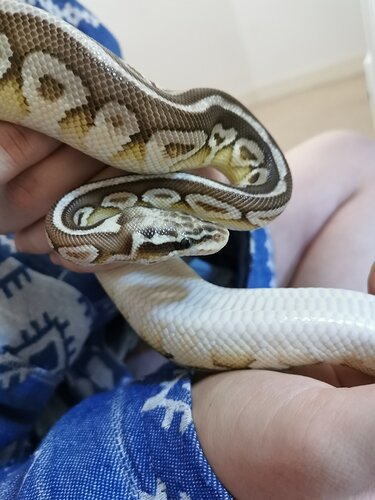 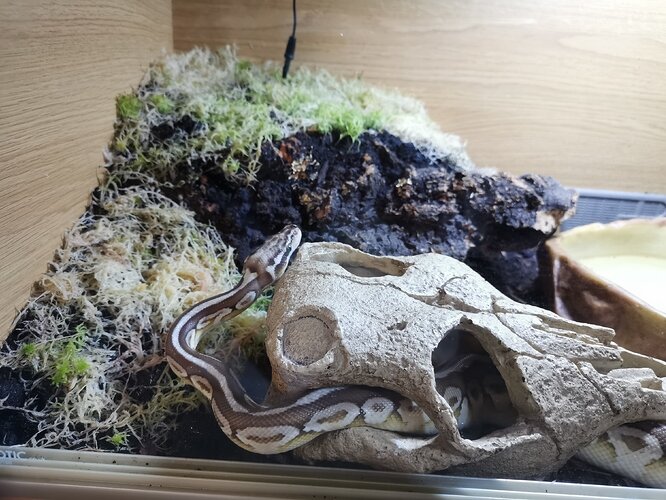 EDIT : okay maybe not Mojave but his markings aren’t typical?

Very nice looking snake. Butter and Mojave would make a blue-eyed lucy, which he is certainly not. He looks like he’s healthy and accurately described.

@artis-serpentium Oh wow, I didn’t know that. Genes are so difficult to understand hahaha

I got this feeding record from the breeder, and have no idea how to interpret it lol. Can anyone figure out when this guy last fed? 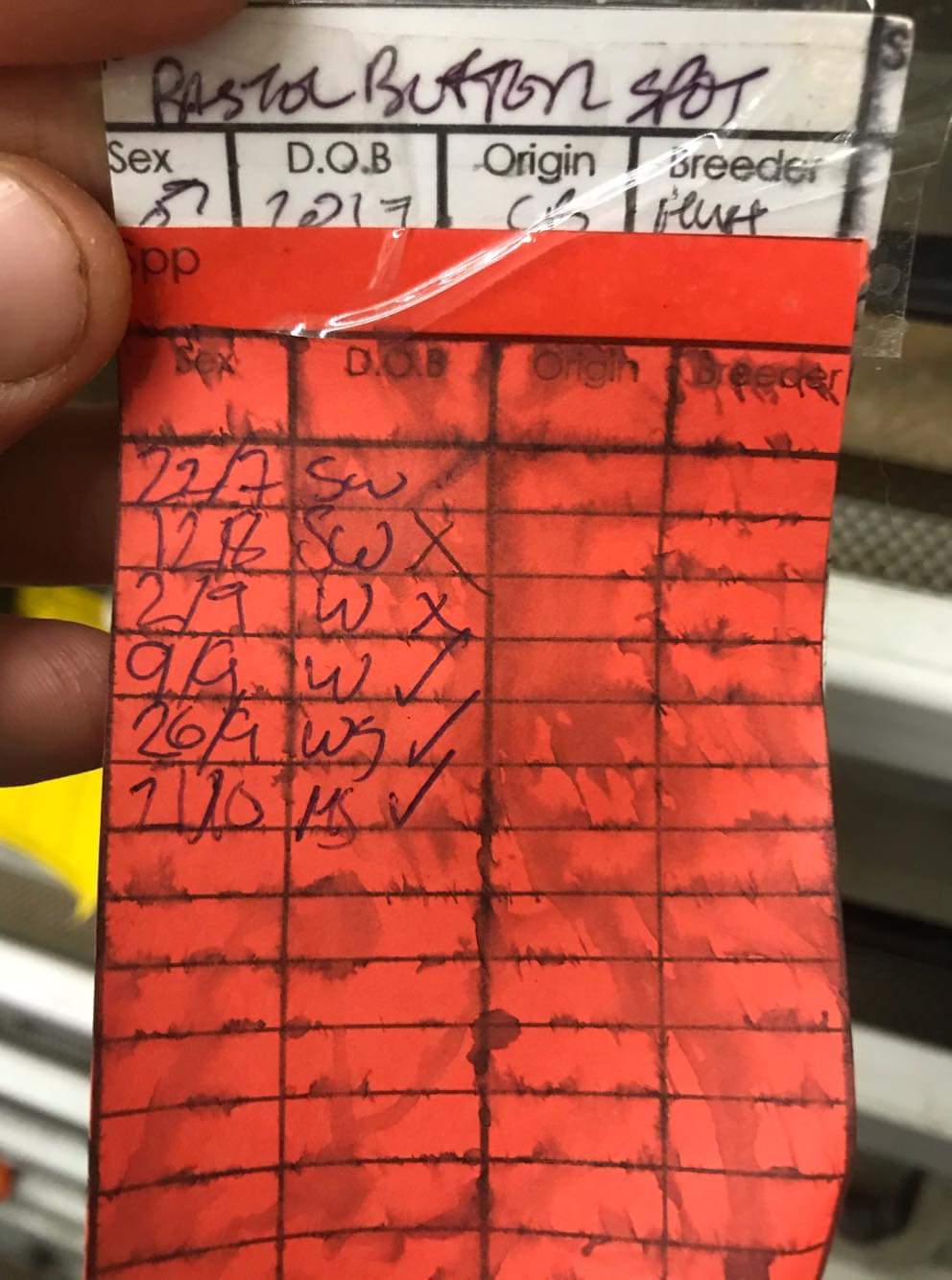 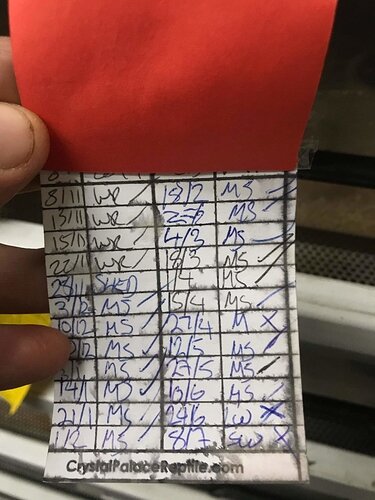 Okay so I’ve only just put him in his new vivarium today, should I give him a day to settle or try feeding tonight?

If he’s due a feed I’d try feed him , my 2 are feeding every 4 days and strike feed everytime ,mines are just little tho

I’ve just been looking at Crystal Palace Reptiles, they look like the most likely choice for my next purchase after checking out a lot of breeders.
Seeing that they sent you a feeding record has only improved my perception of them.
How was the overall process with them?
PM me if you want to keep it personal.

Honestly? Not to start anything but it looks like the snake I picked up from them hasn’t even had an attempted feed in a month. If you look at the record it either says 21/0 or 2/10 (the latter being most likely). Not only this but the record says that he was hatched 2017 but he listed him as 2018, so I’m unsure on the reliability of his records. I have asked about all of these things, but his responses are quite consistently slow.
Anyways, my python looks to be a bit under weight so I’ll be feeding him tonight.

Looked at few there’s to they got some nice ones

Seen this one from a private breeder pricey but really like her ,fancy leopards for my 2 females

Nice one. Your right and that whole schedule is confusing me a lot. Still I won’t write them off as a option, humans make errors. But I will do more digging on them before I make sure.

He’s been helpful where he can be, and he has some lovely snakes for sale. I have found his prices range a little above average but that’s expected from a London breeder. Best of luck to you!

And so he’s taken the feed, after a little hissing here and there, and a lot of coaxing. Will be observing him for a few hours to make sure he actually eats, but it’s looking good so far!
He’s been named Bones

Did he strike feed ? Nothing better wen there scranning,shitting ,shedding I call it the triple S sign of happiness

He did indeed! After a couple pokes with the mouse he lunged for it. I watched him then shuffle the mouse around for 30 minutes before he actually ate it