What are some good tips for sexing this species of tarantula, preferably from an experienced keeper? I know of some standard methods for sexing tarantulas in general, but I’ve not kept this species before. It’s probably about half grown so far, definitely a juvenile. 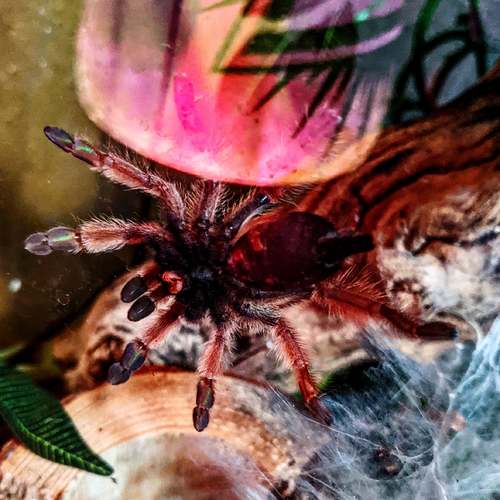 I’ll answer this for anyone else who happens to search here and wants to know in the future, since I’ve gathered enough information to pass along, but Psalmopoeus pulcher mature males are sexually dimorphic from females. Before the male matures, they look the same as the females, kind of a pink to purplish blonde hues on the legs with a large portion of black on the abdomen, and after maturity the males come out looking a much duller grey, and basically lose the black from the abdomen. In my experience, other species in the Psalmopoeus genus such as P. irminia exhibit the same sort of sexual dimorphism, with the female being a dark black with the striking orange bands on the legs, and the males are very similar but the black is a much duller grey color, with the same orange bands with somewhat the same vibrance. 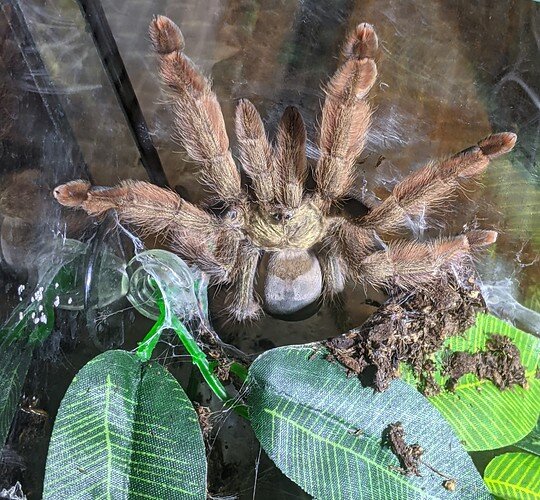 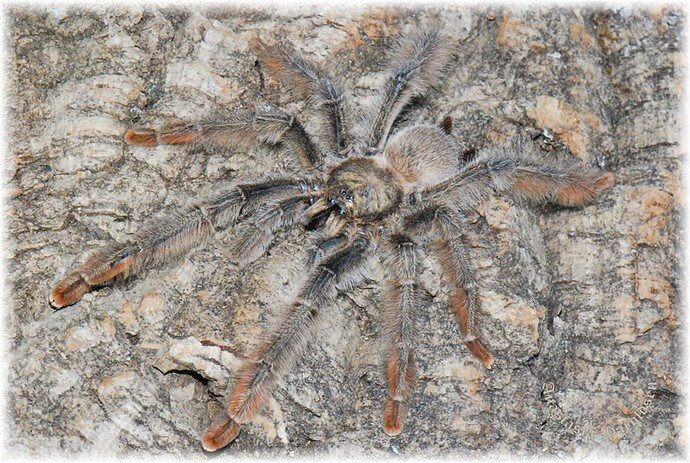 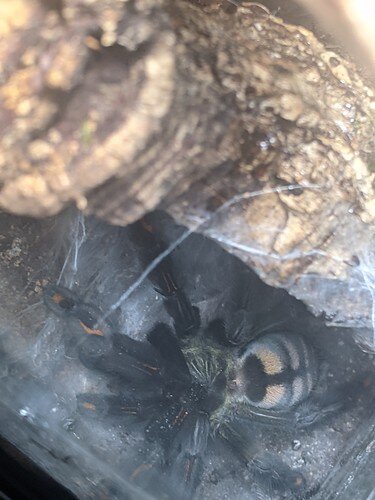 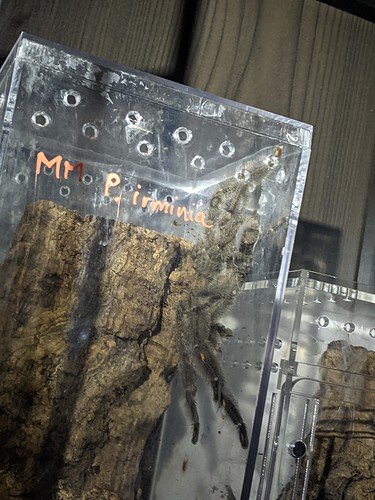