I work with pvc and a cnc machine at my daily job, and I have been playing around with building my own rack systems and an incubator. I am looking for critiques and suggestions on these. I am also curious as to the interest in people purchasing said racks. I havent quite figured the definite pricing yet but trying to get feelers out for any interest.

There is obviously a demand, and interest for the right product which is why there are up to 16 weeks lead time for certain PVC rack manufacturers.

Again it’s about the right product the right customer service, there are people that have come and gone in this business too including some leaving the industry with a very bad rep.

Here are a few pix of what i have made so far. I have a few versions of these in the works. 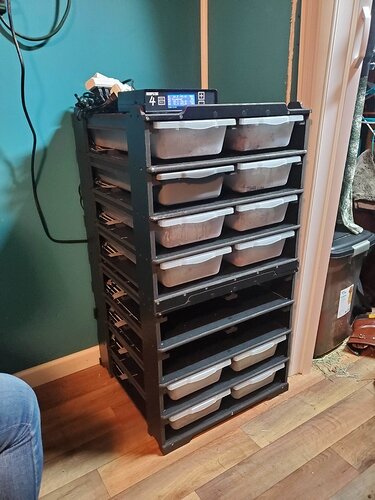 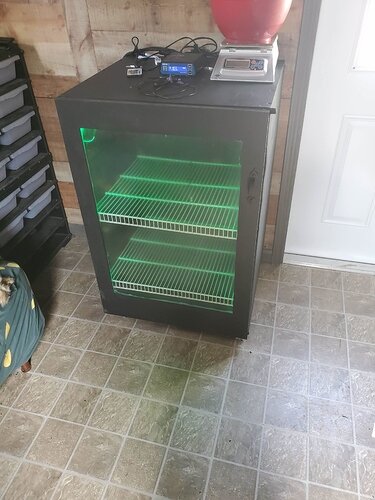 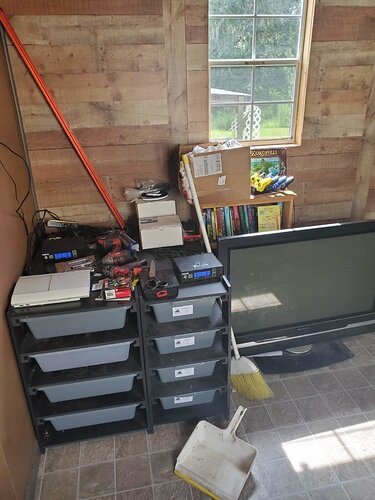 Very nice in my opinion. You’d most likely have some future customers from this community I’d imagine.
Especially with what @stewart_reptiles mentioned. If you can produce and supply faster than 16 weeks, which I find to be the normal, you could get some serious business.

I can personally testify as to the strong demand for these. Last week I had my plan for hatchling and juvie leo housing go up in smoke (not in the literal sense). So I’ve been frantically comparison shopping- put an excel comparison sheet together and everything! In the end I went with a non-big name rack system from someone who has a good reputation, just a smaller one.

Everyone has different things they are looking for in a rack system/stacking caging/incubator/etc. In my case, I’m purchasing with leos in mind, and I needed something that is small enough for a juvie, but large enough for an adult just in case (I have health problems and you never know).

Here’s the stuff I compared: brand reputation, time until delivery, individual tub dividers (in between any tubs that were side by side), overall number of tubs, cost (including shipping and handling, add-ons I wanted, etc.), cost per tub, floorspace per tub, cost per square inch floorspace, height of each tub, height of the whole rack, whether tubs were included, whether it was already assembled (including heat), whether a specific slot had been drilled in the back to allow probe placement, whether the tubs were lidded, whether there was a little handle you could turn as insurance to keep the tubs closed, and the material it was made of. Also, as a personal thing, I HATE talking on the phone, so I really do NOT want to have to talk to someone by phone. I think that’s particularly common with the younger folks these days too.

So, for my purposes, I was interested in very specific stuff, and I wasn’t able to find anything that was 100% exactly what I wanted, especially given the time limit I’m working with. So, for me, I was looking for: 3 weeks or less lead time (normally I would plan much further ahead and this wouldn’t be as much of an issue), dividers between adjacent tubs, 10 or more tubs total, under $500, minimum 150 inches squared with maximum 220, height of tubs over 6" (though I think most terrestrial gecko owners would want quite short), a rack size that, fully assembled for what I want, would be under 2.5 feet, With tubs included and rack fully assembled and with belly heat (I am disabled and not capable of assembly on my own without extreme pain during and for awhile after).

One thing I saw one innovative person make was a rack system with tubs that had little vents installed in the front! I think that would be ideal for leos (so long as one is vigilant about maintaining their humid hide). I was pretty bummed that all the racks with vents were too small for what i wanted. Another thing that the crazy-pet-owners like myself will like, but breeders may not, is increased visibility. My geckos are my pets that I genuinely love, and I want to be able to see them easily (and they see out too- almost all my geckos are very curious!).

So maybe offering different products for different interests would be clever? Though generally the pet-reptile people are going to be more attracted to stacking cage systems, there might be a small market for the ‘economy but fairly spacious housing’ folks like myself.

That is awesome, definitely a gold mine from the starting breeders on here

Your thoughts are good. I have been playing around with other cages with acrylic doors and such that could stack. The issue i am running into is the cost of acrylic verses just pvc. I also have been considering taking custom orders. Again cost is the main issues i am running into. I would like to be able to be a lilbit cheaper than some of the current manufactures due to my not so good building skills. I understand why the current companies charge so much. This is why i have not ventured into trying to sell. I build for myself at this time. I would love to do custom projects for any one interested, I have gotten the shipping part figured out yet but if anyone is from the tampa area of florida and wants to discuss this and get something i am open for it.

I’ve looked into building a pvc enclosure but the prices on a sheet are high unless you can order in bulk. It seems it’d be hard to even stay competitive with the big guys.

Oh wow, you’re close to me! I’m in the Port Charlotte area