My Cappuccino had been building like crazy, had an ultrasound and had 32mm follicles. About 2 weeks later she looked like she ovulated. 14 days later is in shed. She has mostly been in her water bowl, not around it, but in it. The past 2 days in various positions either spread out across tub with tail end over heat, or coiled over heat. I did try and do a light palpation leaving her in her tub and just feeling under, I feel soft water balloons. I won’t pick her up right now, only have once since ovy because she was soaking so much, I checked for mites. Nothing. Hasn’t eaten in around a month. Should I still be excited? This would only be my 3rd clutch, first since late 2019. Swell before “ovulation” 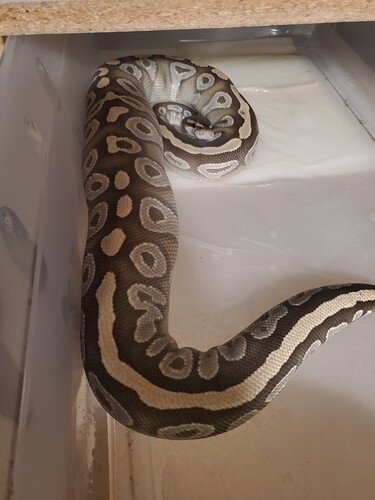 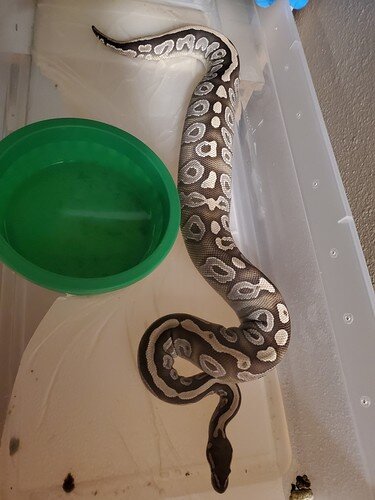 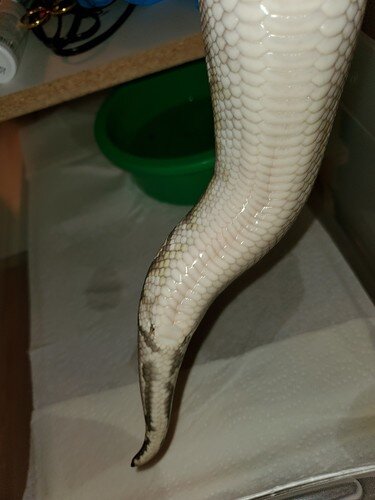 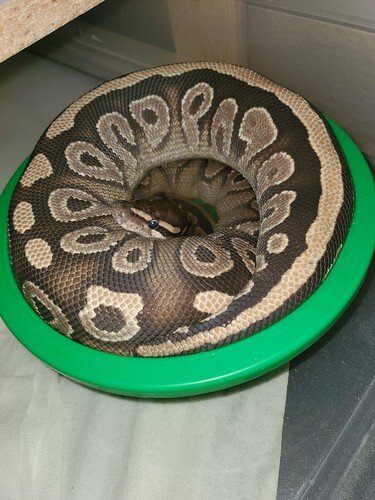 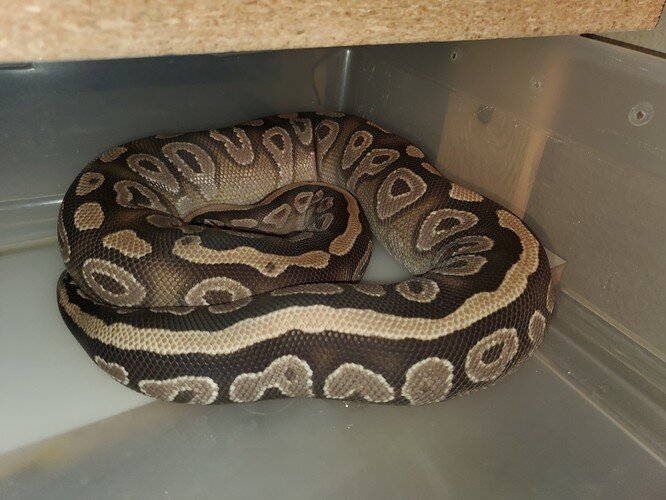 I’ve had one snake lay 47 days and another 55 days after post ov shed. Both in a rack with fatigued heat tape so it wasn’t holding consistent temps and several levels were cold. No issues with either clutch, other than life shorting paranoia for me.

If you have an ultrasound why not just ultrasound her again and see if she has eggs?

I’ve had a girl do two prelay sheds after ovulation and went about 47 days before laying. She sounds like she’s still on track to lay. These are biological organisms and there are no absolutes. Patience grasshopper.

It’s not mine. My Friend does them for me once a year

That animal certainly looks to be gravid. The “squish water balloon” feeling you describe is the follicles passing the last phase of maturation and beginning development into actual eggs.

My first clutch laid this year was about 80 days post ovulation or about 60 days after the prelay shed. There were 8 eggs total, 7 fertile. We lost 5 in the span of about week 2 to week 5. The remaining two are “due” to pip on my birthday.

The second clutch was around day 48 after the prelay. All 9 of that clutch still look great after 4 weeks.

Well she has been mostly on the hot side coiled up. Her spine is peaking more and more. If I was right she should lay around the 24th. She looks so small, but 2600 gram pinstriped looked small too. 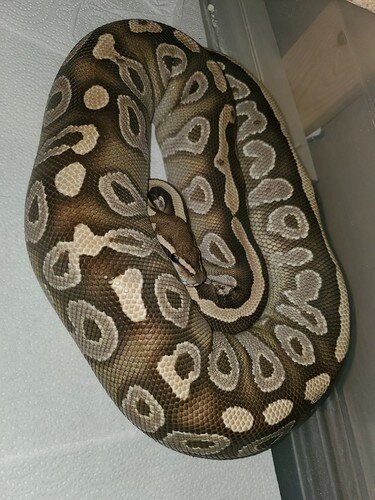 Pretty sure she is gravid. Spine peaked, getting more so everyday.