With Kenyan Sand Boas, I’ve noticed it seems almost universally accepted that a more reduced pattern is considered a higher quality animal visually when compared with another individual with greater pattern. Excluding paradox where a higher expression is typically considered more valuable. For example, a normal individual with more orange than black is typically considered more desirable. To keep going, an anery individual with more white than black is considered ideal.
With other species, not just unique to reptiles either, it seems that there is a spectrum of highly valued reduced-pattern individuals on one end and highly valued increased-pattern individuals on the other end. Maybe I am in the dark, but I am not familiar with anyone working to increase patterning in KSBs. Does anyone know of anyone working With Kenyan Sand Boas to make something along the lines of an increased pattern? Something like a “high black” line. I have never seen anyone intentionally point out increased patterning as a selling point but they always make a point to advertise reduced patterning.

Some non-striped animals from stripe/rufescens pairing exhibit an appearance call “Tiger.” This is an animal with greatly reduced orange, arranged in “tiger stripes.” So, I think this would be a good example of an “increased pattern” animal. I have a tiger in my collection, but he is also a snow splash so the pattern is very hard to see in photographs. Try looking in the ads section or googling “tiger sand boa” and you should find some pictures of this.

You make a great point @westridge! I have indeed seen tigers advertised and that might be the step in the right direction to what I had in mind.
I’m quite familiar with the recessive traits and predicting what pairs are going to produce what. But I’m not so experienced line breeding for a certain look. Would you consider the type “increased pattern” I’m describing (theoretically at some point in the future an all black snake with a white belly still) to be something that could be worked toward with line breeding?
This is one of my girls that I intend to undergo this “increased pattern” project with at some point after I delve a bit deeper. She had a minuscule amount of rufescens in her lineage, would you consider her a tiger? 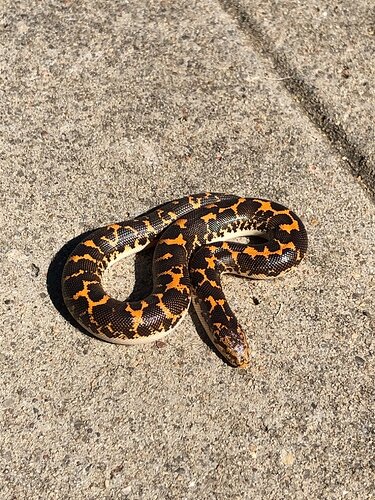 Yes, the animal in the photo may be considered a tiger, although not a very extreme example. It would be interesting to see what you could do with that in terms of line breeding. I don’t know of anyone who has a project like that going on. As for how to line breed, it is just a matter of selecting the animals that best exemplify the trait you are going for, breeding them, and then breeding the offspring that best exemplify the trait. An excellent example of how much the appearance of an animal can be changed with line breeding is the Sunset Indian Sand Boa, which is a bright orange animal, whereas the normal looking animal is entirely brown. Here is a picture of Bolt, a male Snow Splash Tiger. We have a female who is gravid by him, so we will see if there are any tigers in the litter. 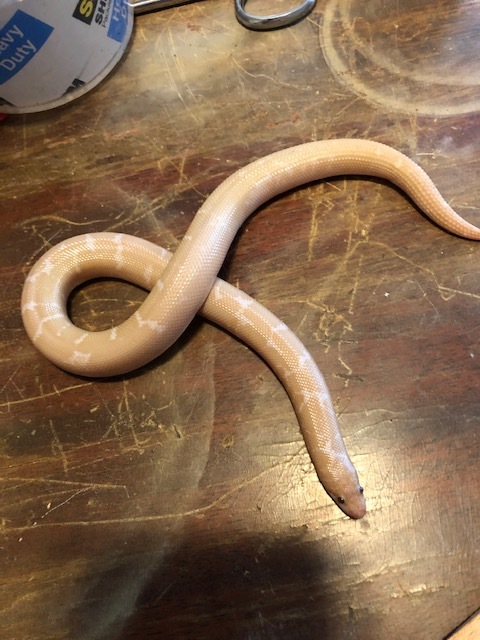 Thank you @westridge, I can tell in that picture exactly what you’re referring to in terms of the tiger example! I’ll be on the lookout in the marketplace for when those babies come around

There is actually a patternless morph more or so connected to the rufescans. As there have been patternless snow produced. Joe Beth Davis actually produced patternless anery which resulted in a most solid black snake and white under belly i believe. The pairing was a granite female to possible a rufescans het snow splash male or albino granite. JoeBeth hasn’t confirmed which one yet. Here are the said boas produced by the breeder 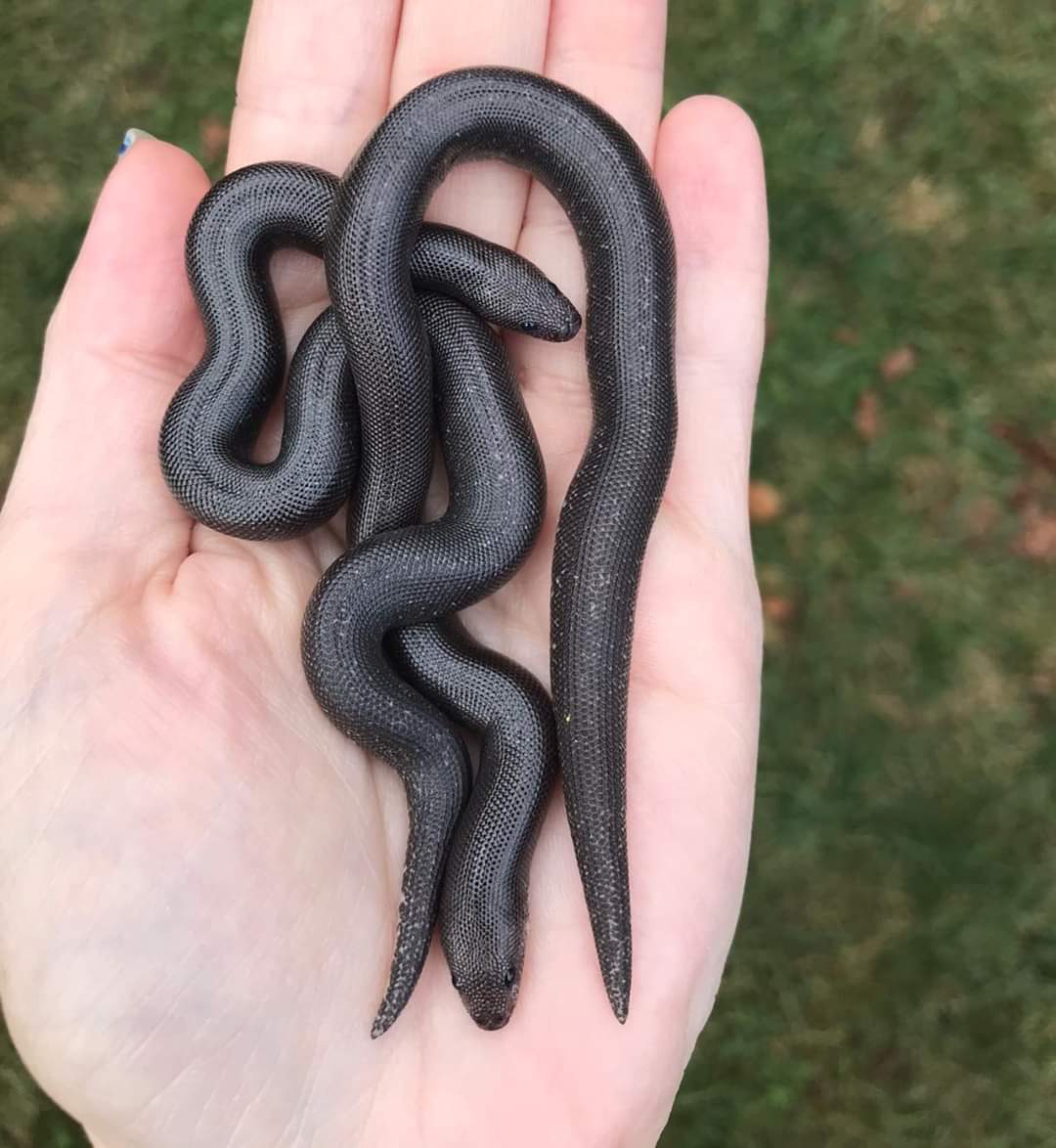 They are beautiful.
Any idea on how they age?

Those are nice looking individuals. It would be interesting to hear how much rufescens are in those animals and what the normal individuals from that line would look like. In my experience, a normal individual with a large percentage of rufescens in it will retain a look similar to a rufescens (mostly solid brown appearance).
If the result above is due to a large presence of rufescens, with continued breeding to other KSB (unless possessing a large amount of rufescens or introducing rufescens to the line regularly) my thought is that you would see patterning start coming back as % of rufescens in bloodline begins diminishing from generation to generation. That project is one that I’ll for sure be staying tuned on!

Holy cr*p those are insane! I can’t wrap my head around how stellar those look. Wowza!

That’s interesting, it may take much less percentage of rufescens presence to achieve that look than I was originally thinking! Good to know.