Hi! So I rescued this gecko about a month ago and was told he was a blizzard, but he definitely doesn’t look like one. Anyone know what morph he could be? 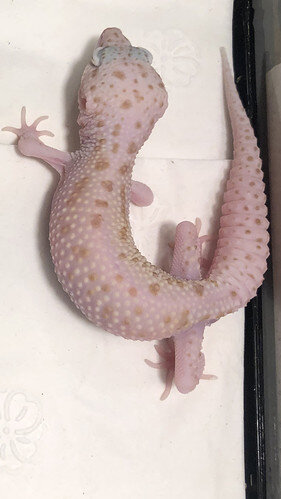 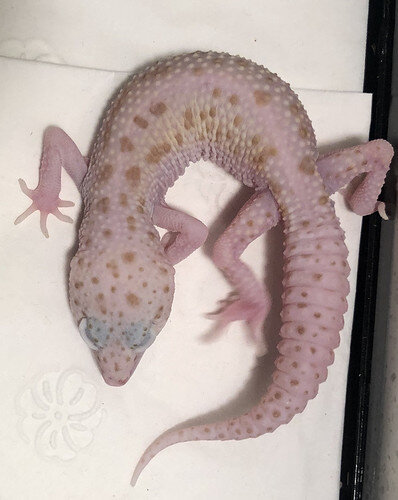 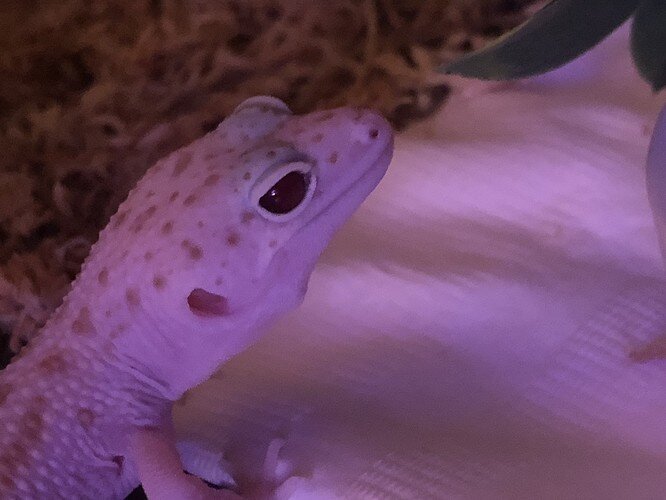 I was thinking a raptor as well. White and yellow or a snow? I don’t know that much about Leo’s my son owns one though and she is a raptor white and yellow.

I was deciding, I think it could be either W & Y or a line-bred Snow in addition to RAPTOR. I don’t think it would be a mendelian inheritance snow because of the lighter spots rather than black spots. It could be a very light Gem Snow but I don’t think so.

That looks like a snow raptor but it is not a blizzard. Did you get any other info when you got the Leo?

Is he shaky or does he sway when he moves around? Does he sometimes miss when he strikes for food?

Assuming you’re not going to use a rescue for breeding, at this point, you’ll never know if it’s a Mack Snow. There is also no way to know which strain of albino it is, so you cannot know if it’s a Raptor or Radar or Typhoon. The only things you can be sure of are Albino (unknown strain) and Eclipse (with a very very low possibility of Marble Eye instead of Eclipse).

It has a pattern so it’s not a Blizzard. The pattern is modified- abnormal and irregular- while this could be solely due to the Eclipse, I suspect Enigma or W & Y. If it has any neuro problems than it’s probably safe to assume it is either Enigma or W & Y.

(edit: I was tired and wrote an incorrect morph at first.)