I just want to say before I get into this, Frank will be going to the vet asap.
FranknFurter is an adult snow corn, we’ve had him for nearly 2 years, we got him from a friend who owns a reptile store here in New Mexico. 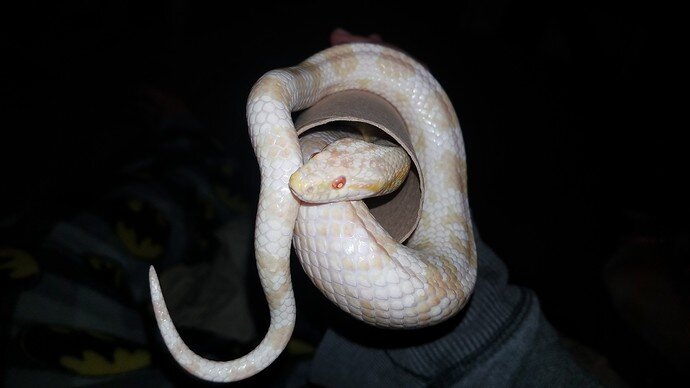 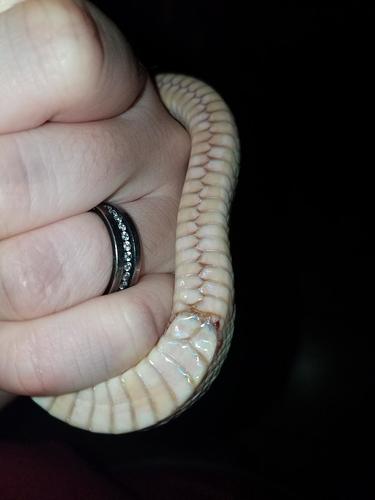 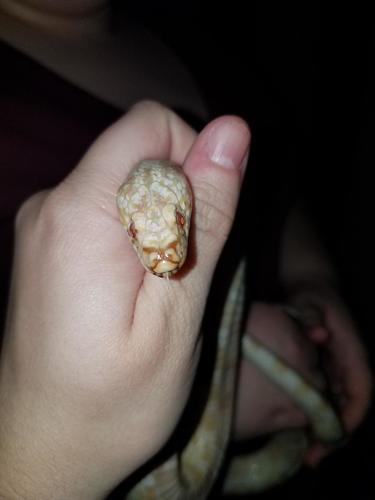 Resized_20210222_000225_57861080×1440 64.5 KB
We’ve been talking to another friend who rescues snakes and he doesn’t think it’s scale rot, as it’s so symmetrical.
We had him in a tall 30 gallon tank on aspen, but when we noticed his face, we put him in a long squat bin with paper towels.
The only idea we have is it might be something bacterial that his last meal introduced into his system. He doesn’t seem to have trouble breathing at all, and his mouth is clear…
This is the first time we’ve ever experienced anything like this.
5 Likes
rdurha1 February 27, 2021, 4:52am #2

Any update on Frank, hope you find out the issue. I wish him a ssssspeedy (couldn’t help myself) recovery!

I’m interested what your vet said as well. Also, I strongly suspect that if you posted your question (and photos) to the community on CornSnakes.com, that those folks would likely have some useful feedback for you. Good luck!

So he didn’t end up going to the vet, he had an appointment, but the day of his appointment, I had to go to the emergency room with (yay) COVID!
Once I was feeling better, he went into blue, and this morning he shed! All the brown bits are completely gone!
He painted his poop all over the bin. I’m kind of wishing some of it was salvageable, there seemed to be a clot mixed in. He does have a little swelling on his nose still, and I’ll take a picture when I can, he just ate, and another very feisty baby corn already tagged me and drew blood. I don’t fancy having the derpasaurus do it.

Was there any stickiness on the scales?

Any time I run into skin issues, I do the first thing you said, switch to dry paper towels in a clean enclosure. I make a good effort to offer the animal fresh water to drink, and once I observe drinking or otherwise deem the animal’s thirst is quenched, I soak the animal in reasonable temperature water (85° or so) with a few drops of Dawn orange original anti-bacterial dish soap. Not for long, perhaps 5 to 10 minutes. At this point I place them in their sterile enclosure and wait for a shed. Offering food is fine if health permits. Snakes with skin issues and injuries will shed more frequently/faster as part of their own health repair system. I’m lucky I haven’t had to do this much, but I feel it does help making a clean slate for a speedy recovery.