Hi. I have an adult ball python that previously had mites. I attempted treatment in his tank setup but it never went away, and he began to get scale rot on his tail due to always being in his water dish. At this point I moved him to a quarentine bin setup with paper towels and such to treat it. His tub had holes drilled and some ventilation but the humidity was pretty high in there, however I thought it would be fine.

It’s been about 2 months and I believe the mites are gone for good now. However, I messed up recently. I’ve been through some traumatic/stressful events as of late and haven’t been checking him over the best I should. The tub has 3 bunjee cords and a rachet wheel holding it shut, meaning it’s a hassle just to open it, so I usually only did every few days or so.

Unfortunately he peed a bunch and then sat in it for a few days. I didn’t notice because the tub is hard to see through and it was all liquid. I check daily through the side and sterile clean weekly, but I totally missed it this time.

I went and opened it up today for feeding and it was standing water urine and he was soaked. More pee than I’ve ever seen honestly, all in one corner of the tub. His whole body smelled like urine. I cleaned it all up and checked him over and found the beginnings of scale rot on his belly and tail. I feel terrible, and plan on immediately treating him and fixing this.

He’s being moved back to his tank setup as soon as is best, since my humidity has always been fine in there and his mites are gone. I need some treatment advice. How and what should I use to treat his scale rot? It’s currently mild. I was thinking betadine and silvadine, but what do you recommend and how should I do this? Apologies for the long post.

TL;DR: I need a breakdown of how to treat mild scale rot. Thanks for any advice.

Before you take any advice, pop up some pictures so that we know exactly what we are working with is scale rot.

I think it’s scale rot from what I can see but let me know if not. Some belly scales have a red tint underneath while others have a blackening/brown tint closer to the tail, in between and under the scales. Here are some pictures of what I mean: 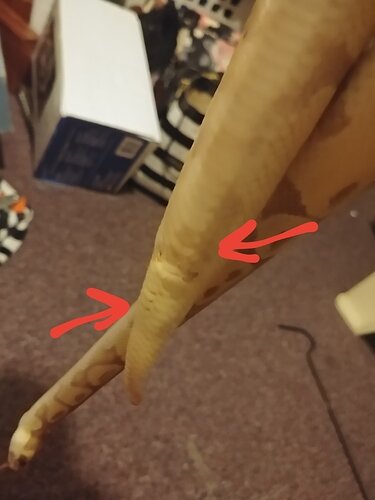 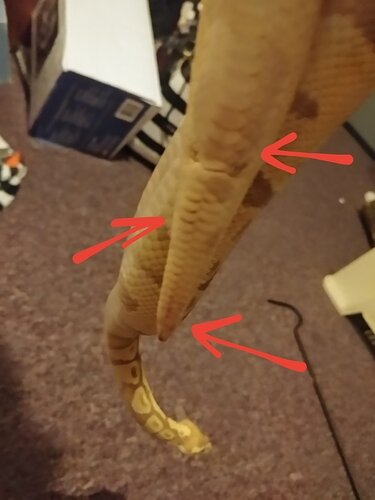 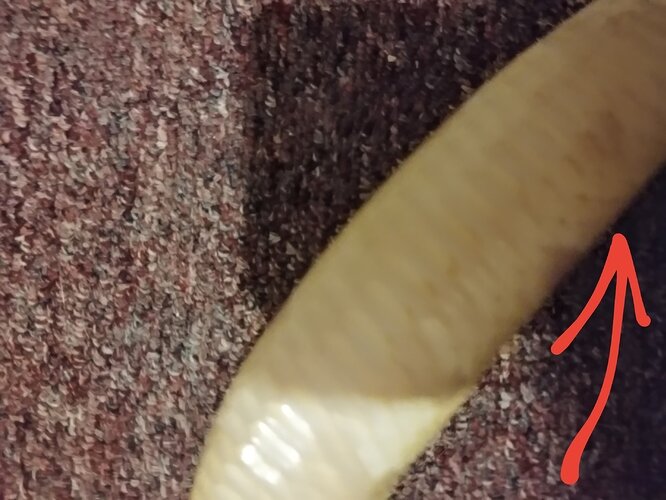 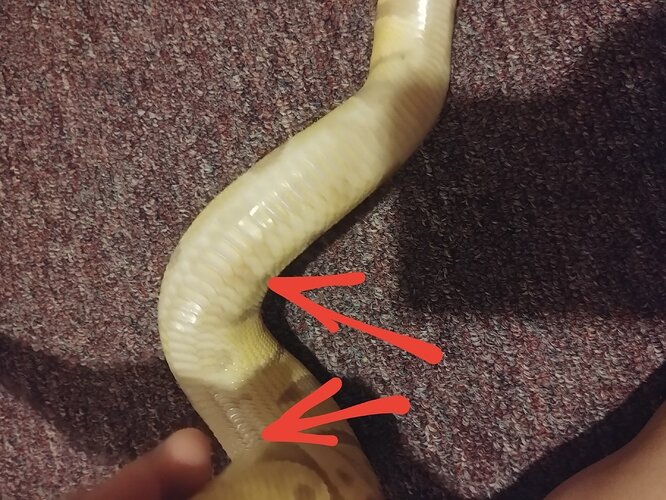 0131201715c~22880×2160 1.23 MB
There is also some on the belly scales, I know near the belly button scales normally look odd, but you can see some discoloration underneath. Looks slightly worse in person. 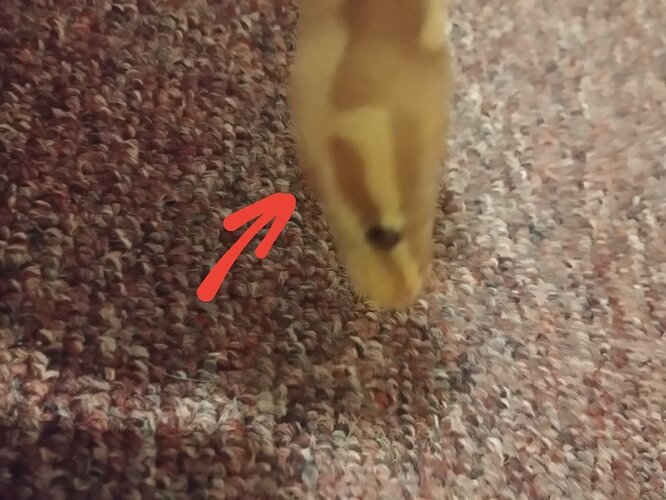 Sorry for blurry pics! Bad android camera. It looks a little worse in person than on camera but still looks mild. So I was wondering, should I do anything special to treat it, like a betadine bath or put something on it? Or, since it’s mild, if I just eliminate dampness from his setup should he likely be fine and heal up on it’s own? Thanks!

Because it is so mild the bet course of action is actually no treatment. Sometimes less is more.

Now husbandry wise until the next shed I would recommend the use of paper towel or corrugated paper or news paper to make sure your animal stay dry and clean.

I’ll keep up with the paper towel then! I will be opening it daily and changing the paper towel when it’s wet. He has a habit of spilling his water on the paper towel, so I’ll keep changing it if that happens so there’s no dampness. Hopefully it’s cleared up next shed. Thank you!