Showing Off Some 2019 Breeders

I just thought I’d show off the animals that produced this year’s crop of sand boas. 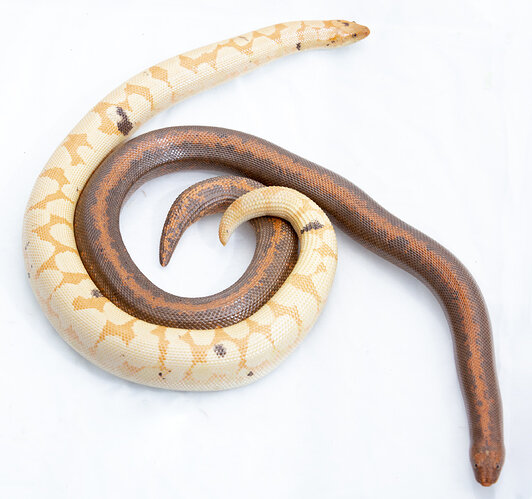 The male in this pic is Kermit, a 2013 paradox albino het anery. I love the contrast between his bright orange markings and his nearly white background color. He was produced by Brian Russo. This is his second year breeding for us, but he was proven once before we got him. The female is Kit, a 2012 stripe het paradox snow produced by Jeff Holloway. She is 25% Dodoma and 25% rufescens. She throws very clean stripes, some appearing almost patternless. She has had three litters for us and had one before we got her. She will be taking a year off in 2020. 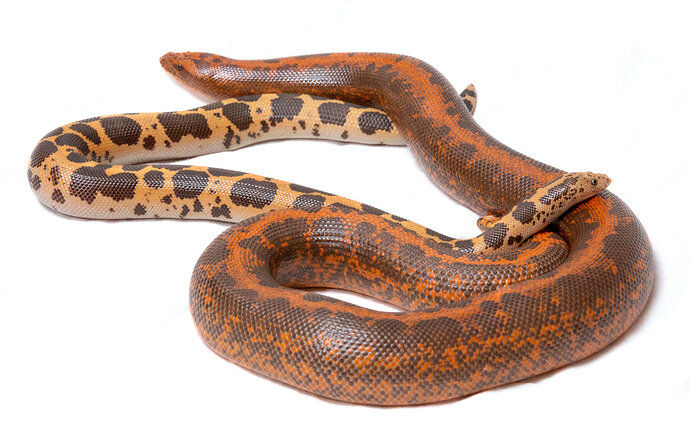 The male in this picture is Wally, a gorgeous 2016 male 25% canary Dodoma het paint. The female is Gary, a stripe het paint. Both were produced by Rufus Dardin and both are first-year breeders. The babies in this clutch turned out really nice.