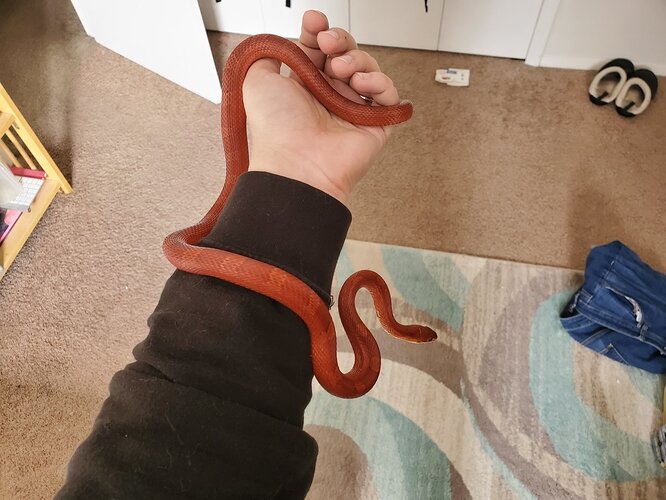 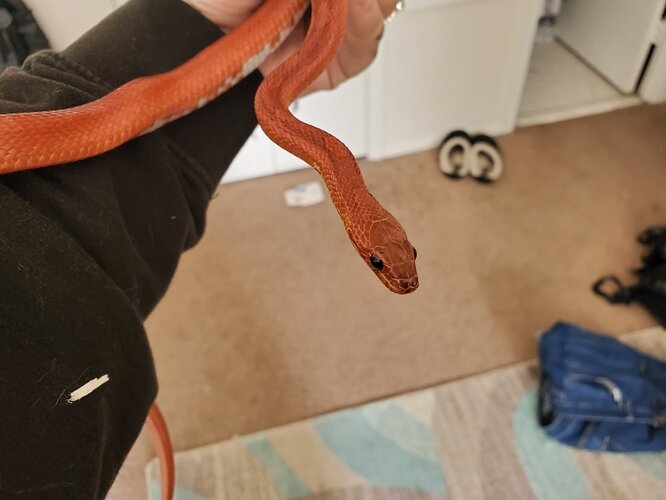 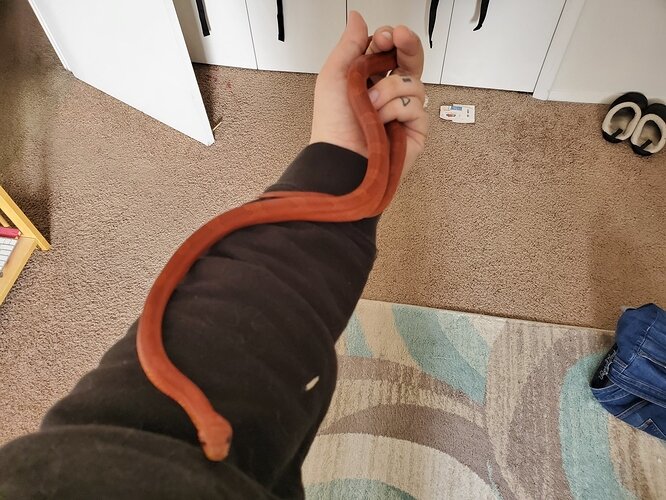 Some of you may remember me from a few weeks ago when I made a post about getting a new corn snake after years of not having any snakes! This is just a little update because I’m really enjoying him. He’s a great eater, likes to explore his enclosure at night/evening, and is wonderful to handle. He likes to shake his tail at me when I first pick him up, but I suspect that has to do more with just being startled at a sudden large hand coming into the enclosure to pick him up. Never struck at me though!

I also have a little axanthic baby that I’ve been keeping as well. No pictures of him though because he’s proven to be a skittish/picky eater, but he’s just a little baby so I figure I’ll only bother him during feeding times to make him feel more secure in his enclosure. He eats fine once I finally get the pinky into his mouth, but other than that he has no interest in striking at it on his own. I suspect that he’ll grow out of that with regular feedings/maturation. He’s a great little guy aside from that, and I really love having these snakes!

That’s awsome I just got my lavender her ghost girl

Welcome! Quarantine got me back into the hobby after many long years off. Beautiful corn snake btw!