So my girl made her egg sac

It looks like my future possibly be filled with hundreds of babies in the new future. She was allegedly captive born so either the seller did not disclose that she was wild caught, she could have been with a male or she has a blank sac.

I think its an empty nest situation going on.

I wouldn’t mind having a few babies in the future, i won’t have to purchase new spiders. 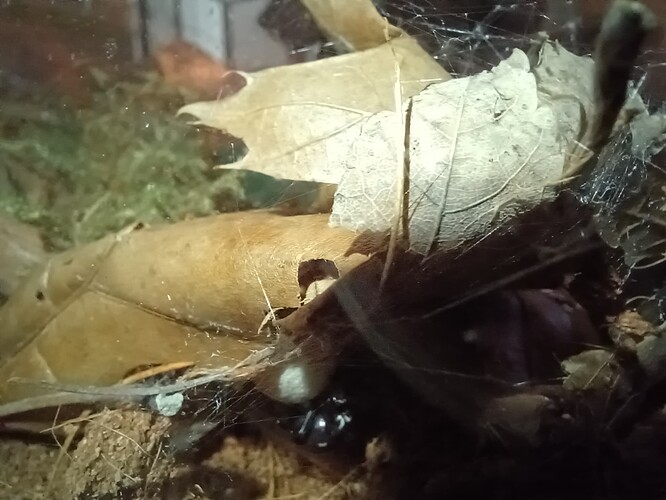 I doubt that it would have eggs in it, but you never know, maybe you will have babies. Is this from the black widow?

Yes, the seller often sells wild caught which i do not care for. I know some sellers can be unethical im not saying they lied about the origin of this but it wouldn’t surprise me either. I do know they make blanks when a male us absent. I may move the sac on the off chance it has babies in it, they will be too difficult to catch if there are babies.

So my girl got upset that i was watching her and her egg sac ( i think they will be duds) so she took her egg sac and retreated further into her den.

Im not separating her and her sac yet because they get pretty aggressive guarding her nest.

My baby western black widow is getting larger and getting darker 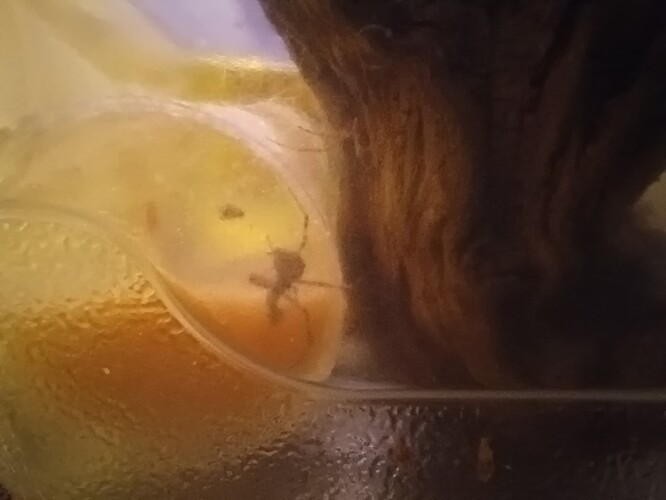