I need help please. Back in March I bought a male sunfire dwarf retic from my local shop, the way he looked at me just screamed " take me home!" I’m not 100% on the locality though. He is in the first 3 pictures. Last week a friend gifted me a female retic that was sold as a sunfire dwarf, however she is strikingly different in terms of appearance. She’s in the last 3 pictures. While not new to keeping snakes in general, I’m just getting started with these little giants. I’m still learning the morphs and localities. I suspect that only one is a sunfire… Thank you very much for your help in advance. 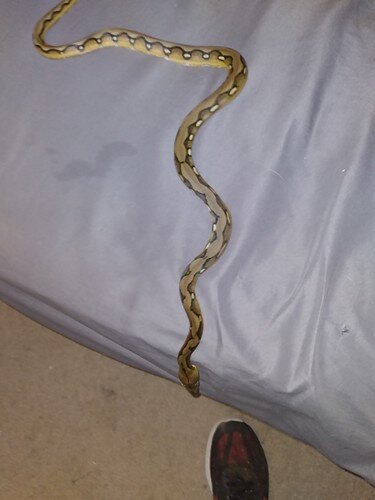 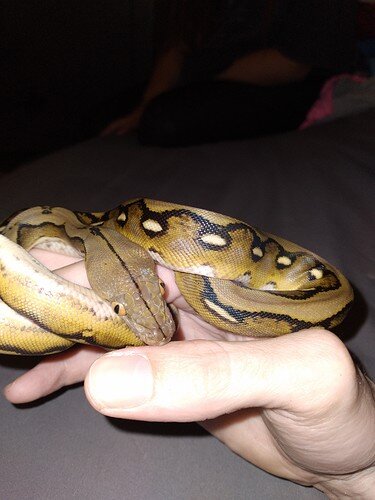 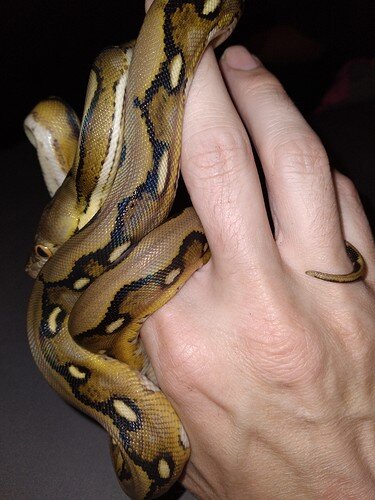 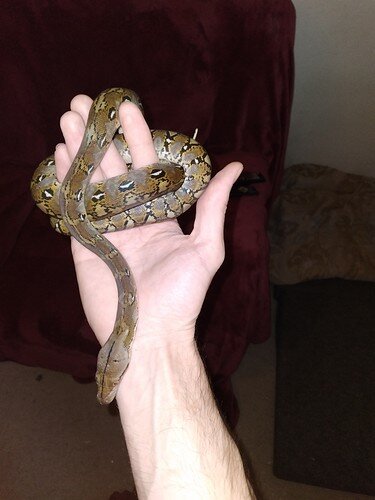 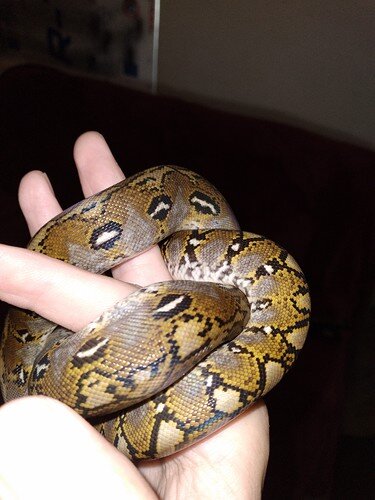 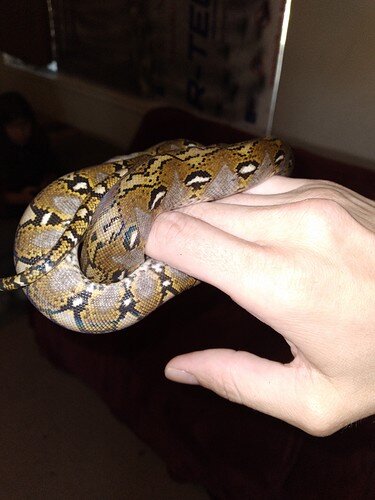 I’m not the best with Retic morphs but it looks like the second snake is a wild type/normal. The first one looks like it could be a sunfire tiger just going off the pattern. I’ve only got two retics though and I don’t breed them so hopefully someone else chimes in.

I would say the first is sunfire and the second is a normal but I’m not positive.

I agree. The first looks like a sunfire and the second looks like a normal. The second may even look like it has a little kalatoa influence in the patterning.

Thank you all so much, I went to the shop she was bought from and talked to the owner, she is a normal kalatoa and they’ll get back in touch about the percentage. I can breathe easier now knowing I won’t have a 25 ft monster snake to look after… I wanted bigger but not that big yet lol .

It can take a very rare combination of factors to get a 21 ft Retics. Most mainlands females 18 ish possibly smaller and that alone takes a lifetime to achieve that size.

Even that would be a bit overwhelming at the moment, I’ll consider upgrading as my knowledge and experience permit.

Owning a retic you need to be prepared for a large snake that can at times become aggressive at the flip of a switch.

Size is inherited in different ways and it’s well known that people often dishonestly label retics as dwarfs and super dwarfs. Retics with a fair percentage of dwarf blood still often hit 10-12 feet. Not saying specifically that this will happen to you but there are only a handful of people I would trust to buy a dwarf or super dwarf from.

Find someone local to you that has big snakes if you can and get some experience working with them. It’s not just feeding response to worry about and when even a 10-12’ retic decided it’s wants to be left alone, it can pretty much make it so. They’ll defecate all over you, spray urates, tail whip, strike, wrap your arm(s) etc. That sounds like a monster that cannot be controlled but with experience it’s just normal day at the office. It’s fundamental things like knowing how to support a snake that long when you pick it up, not as a health concern, but so it immediately feels comfortable. They like to have their tail wrapped so offering your wrist at the right time as you pick up them can go a long way towards keeping them calm, etc.