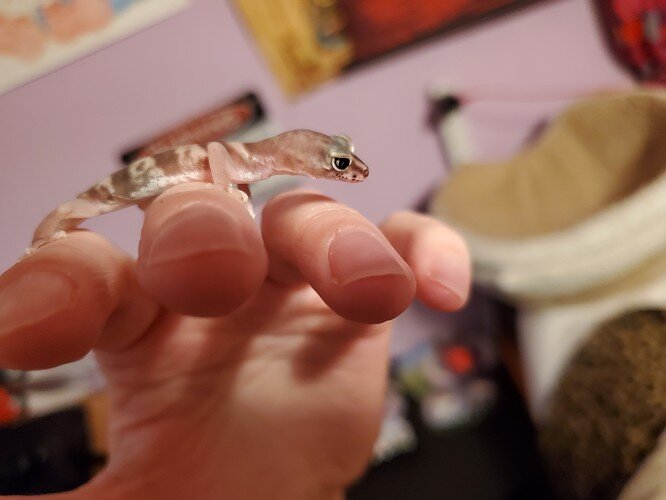 OMG he is super cute! Are they a desert species?

Yep! Western banded gecko so they can’t be owned in some states (California, Nevada, Utah, iirc there’s some more but I live in Texas so it doesn’t affect me). Fairly similar to leopard geckos care wise except they’re smaller. I’ve also heard of people keeping groups of them together without issues unlike leopard geckos, it is still one male per terrarium tho. Not sure how much of a good idea group keeping is, but small geckos are usually tolerant of each other. I only have this lil guy tho. I still provide a water dish but it’s never used, he only drinks when I spray his enclosure before the lights go off