Made the hets in 2014. Got rid of a few pairs when they were young, the pair I kept started breeding in 2017 (3 eggs laid in the open, I didnt notice them till it was too late). In 2018 the pair produced 1.0 Albino poss het spotted, 1.1 Spotted poss het albino and 0.1 normal possible double het. Most people dont even believe Spotted is a recessive gene, and I dont have much evidence, Im going off what the milk snake king Bob Applegate has said. When I bred Spotted x Spotted (1.2 of them) I got all spotteds with random degrees of aberrancy.

Hopefully next year the breeding produces the first ever Albino Spotted lol. I started trying for it in 2012 but the pair I kept turned out to be 2 males. 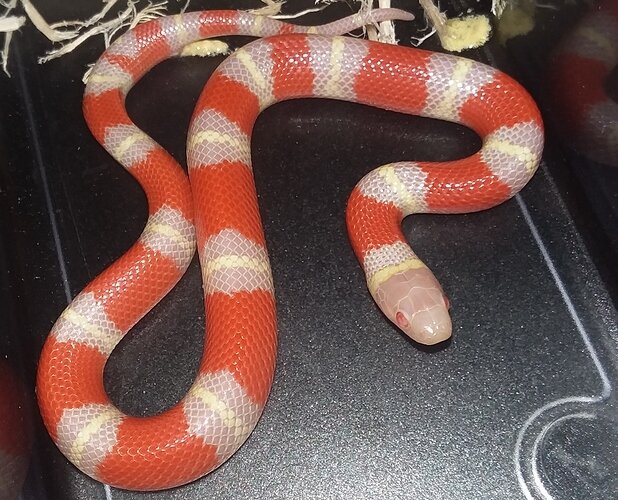 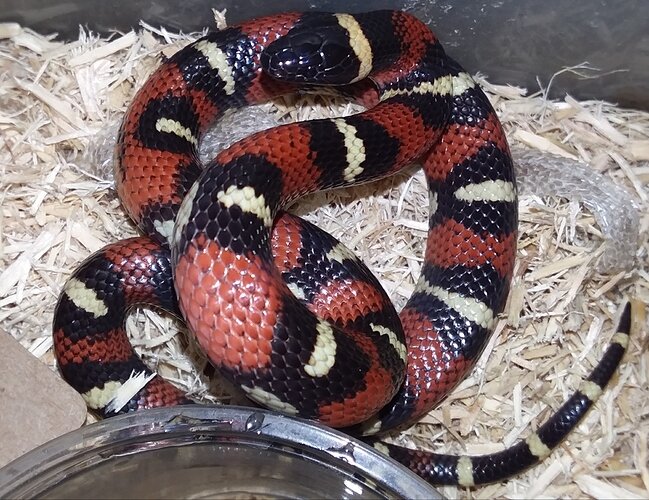 Good luck! Applegate knows his stuff, he anticipated the taxonomic changes of the Mexican milks about a decade before they became official. If he says the spots are recessive, they’re recessive. What a great project, colubrids need more loving on this forum!