I have a 9 month old female pastel banana pied het hypo. Her parents were a pastel banana hypo pied and a leopard pied. She was on the smaller side when I got her. Until 6 weeks ago when I got her to finally switch to FT rats, she was a live mouser only, so her growth was slower than normal. Now that she is on rats, she is packing on the weight. The first pic is her 2 weeks ago in all of her yellow glory from the pastel and banana. The other 2 pics are from today. She shed last night. Perfect shed, all one piece. However, she lost all of her yellow and looks like a totally different snake! Has anyone ever seen this happen or have any ideas why this happened? I appreciate any help or advice you can offer. Thanks. 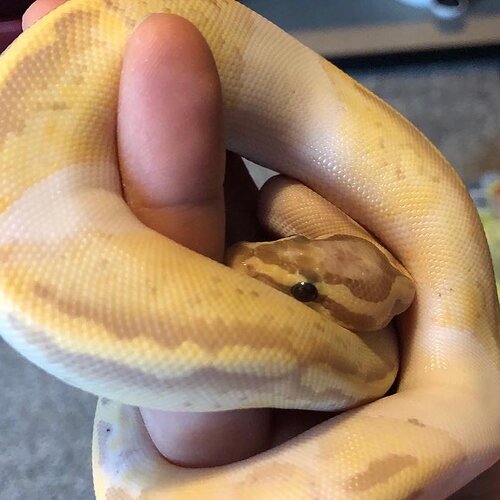 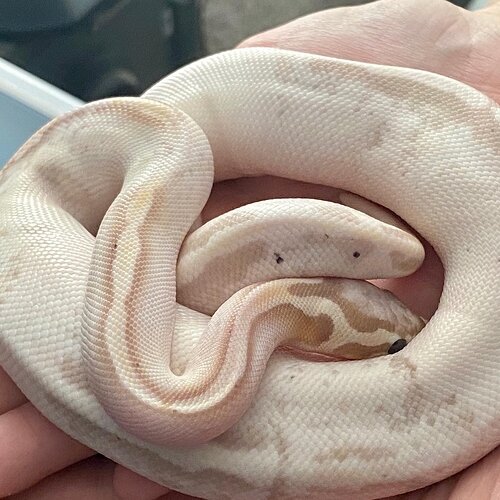 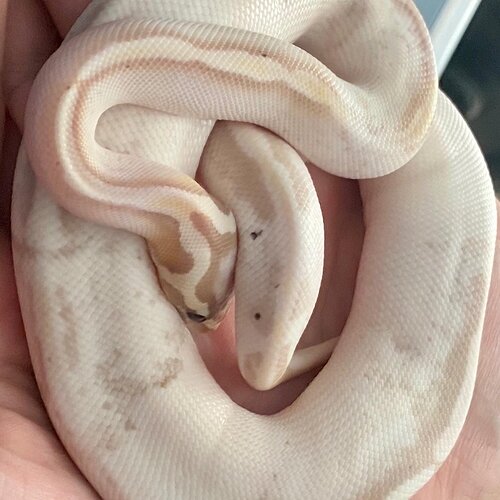 Just WOW @recessive_reptile_ranch, that is so unusual and odd but super cool at the same time.
I hope someone here can help answer your question, but I think I remember reading somewhere that it’s possible for an animal to change drastically after a shed, but it was uncommon?

Just want to say regardless that is a gorgeous snake!

I don’t believe that snake is hypo. You’d have been able to see the hypo traits long before this. You also wouldn’t just happen to see the hypo traits pop up overnight from one shed. What this looks like is just pigment loss. It can and does happen completely at random. Some snakes will lose pigment in just a few scales, others may lose it across their entire body. Then if you look at snakes like Stormtrooper, she’s actually gained pigment in her scales as she’s gotten older. I have a banana pied male who has a spot on his spine that is still yellow, but it’s noticeably less vibrant than the rest of him. Not a paradox, but just a section of scales where he’s started losing his pigmentation. I’ve seen a few posts where people have had this happen to their snakes. Nothing to worry about, as far as the health of your animal or anything like that. It sometimes just happens.

I had a reliable breeder mention polygenic axanthicism. He said it is sometimes called black and white overnight. It usually surfaces between 2-300 grams and she is 240. I am researching it more as we speak. Ralph Davis had it happen to a few animals in his collection in the past. If this in fact what this is, this project just got way more interesting because she could possibly pass it on even though it would be a very low % of the time.

Thank you. I love the way she is looking now, but I am just puzzled at how it happened.

It’s rare but I have a good friend that has a banana that went through the same color change in a very a short amount of time.

What causes it? I have no idea neither does my friend but apparently it can happen.

I have heard of this happening a few times before, but I’ve never heard a theory about the cause of it.

Ok so Coral Glow / Banana basically same gene. Here is original Coral Glow that NERD named Whitesmoke Albino back in the day before it was proved out. They can white out. 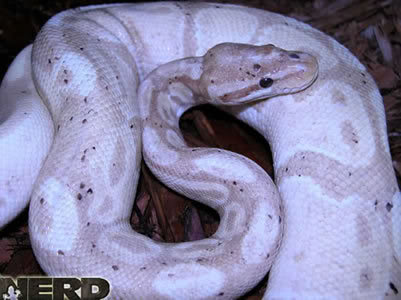