Star Trek names for my first one. Tiberius for my pied next one will be a female so probable Nyota, Deanna, Beverly or her last name Crusher, Tasha, or Dax. I like all of the Star Trek shows and movies. Plenty of names to pick from. Pretty corney I know. I’m not good a picking names.

All over the place. I have a Snape, a lily and a Jenny. From Harry Potter. I have a stripe, he’s striped. I have a spot, she’s spotted. I have a spock who I purchased from somebody else with a name… and I have a boa named Salmarissa from science fiction, the Belgarard. I also have a little Stimson’s python named Bindi

I ended up with a Noodle/Italian theme for my colubrids. ex. Penne, Orzo, Alfredo. And I went Japanese with my ball pythons. ex. Sushi, Nori, Soy Sauce, Mochi

I usually base my snake’s names on their personalities or colors. My Banana Super Cinny is called Hades because he is a very grumpy boy, my Chocolate GHI Mojave is called Morrigan because of her dark colors, Aphrodite is my Mojave Vanilla Sulfur because she is a good breeder, and Helios is my Butter Fire Spider who was pretty bright as a hatchling. But sometimes I just name them things from video games, like my Pastel Chocolate DG is named Sevii based on the Sevii Islands in Pokemon Firered and Leafgreen (not sure why I named him that, but it seems to fit in my mind somehow), and my Calico Enchi is named Faust which is the name of a snake in a mobile game called The Arcana. I haven’t named all my snakes, but I hope to find names for all of them eventually.

I’m naming most of mine after food - I have a Papaya, Mango, Cashew and Maple

I have 4 on hold until I’m totally moved. One already has a name, it just popped into my head. He’s a really bright and adorable banana, Mojave, pastel, spider. I named him Lucifer Morningstar Lightbringer (Lucy) for short. Not because he’s bad, but because he brought the light of excitement back into my heart. Also he carries the potential to produce Lucie’s.
It’s just whatever pops into my head

Most of the time when I name my animals I look at the things around me. Like one of my snakes is named Fireball because of the whiskey and his attitude. Some of the other snakes names are Tricky, Itsy, Lemon, and Little bit.

I pick themes every year… last years theme was painters and sculptors, this year is serial killers… mind you I have over 70 bps and between breeding and buying I tend to add a significant number each year so the yearly theme works for me.

I pick themes every year

I love this! It’s what I used to do when I bred dairy goats, and it’s great because you never run out of names and you can easily tell how old everyone is without looking it up.

We have fun here once the new animals each arrive, trying to think of clever, witty, or funny names.
Black pastel, hypo, spider (black pastel honey bee) is named Bunny. 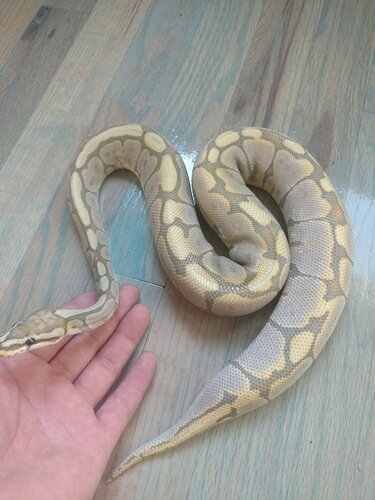 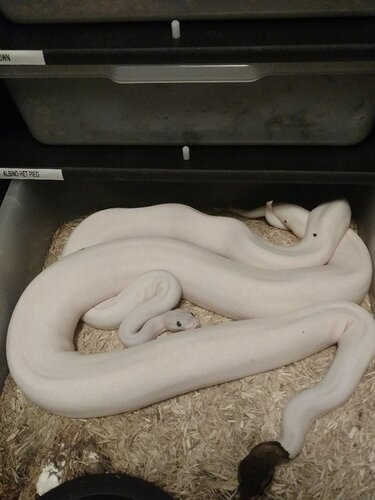 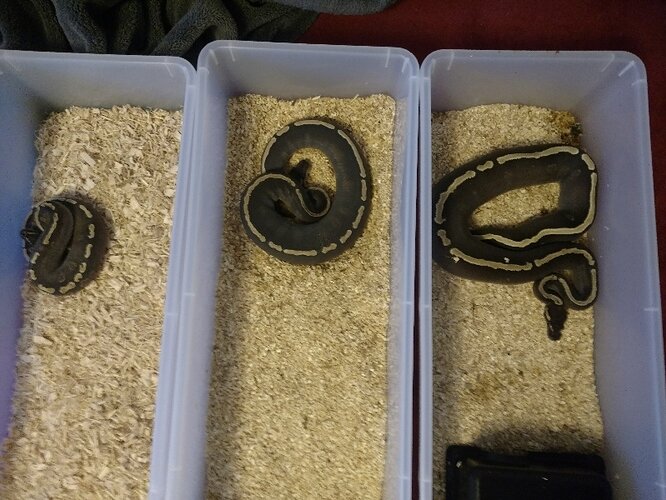 IMG_20200204_171550178800×600 380 KB
Our scaleless head black pastels het for albino, (2 females) and albino cinnamon scaleless head male. We got silly, Manda triggered their names because the first female was due to ship, and Manda asked me “when does the headless snake arrive?!” So she was named Headless. Second female, we dropped the ball on naming her, so she is “Nameless”, and the albino male became “Cinnabald” 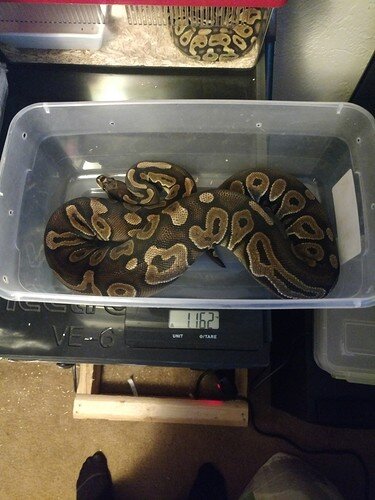 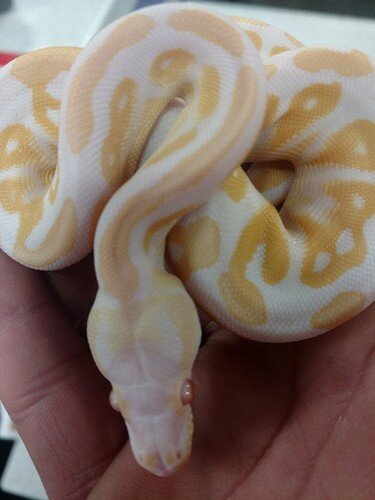 I used to name mine old English names like Reginald, Perry, Elizabeth, Margarette, etc., but then I started to get a few too many. The best name I have ever heard, and I take no credit for this, was someone had named their snake, “Crazy Legs Douglas”.

When ever someone starts a “What should I name my snake” thread, my go too answer is “Kevin”. It can even be a girl’s name since the female bird in the Disney movie “UP” was named Kevin.

When I started collecting (I’m at 12 now) my family and I decided to follow a Disney theme. So all the snakes are named after Disney characters

3!!! How do you believe that is fair while I’m sat here with 0 GHI Mojaves?

They are all gorgeous

Wesley is a good one! 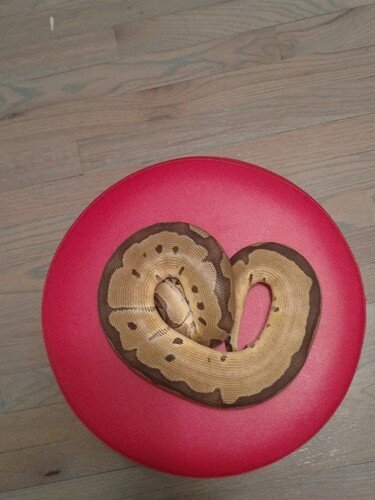