War my female Androctonus Australis got her update

So I’ve been slowly cleaning all of my scorpions enclosures and redecorating some of them. While im at it i snapped a couple of pictures.

She is my very large adult female and she is surprisingly docile. People have said this species, Leiurus Quinquestriatus, Parabuthus Villosus and Androctonus Liouvillei Figuig can be bold and aggressive, im sure there are others. I haven’t noticed any real aggression, maybe an elevated posture which is to be expected but they really don’t actively try to sting. It could just be my animals, or perhaps theirs, i did see one aggressive Leiurus Quinquestriatus in the wild but the camera man was harassing it during the day. ( who is cheerful when they get woke up before they are ready? ) this Deathstalker was totally attacking and lunging at the camera. I for one do not harass my animals to capture threat pose pics, unless they just happen to be angry at the time( like my funnel web, i doubt she will ever be calm ). I pretty much leave my animals to themselves, i check on them to see if they are doing ok and i feed them and remove any dead insects they don’t want. Pretty much they have a good life ( IMO ) no predators to worry about, steady food supply, clean environment and no stress. I observe them at night with red-lights that i installed above each enclosure, it doesn’t bother them. Sometimes i wish i could hold my scorpions but i don’t wish to risk the possibility of serious harm because of my illness. They really don’t like to be held any way and it causes them stress. 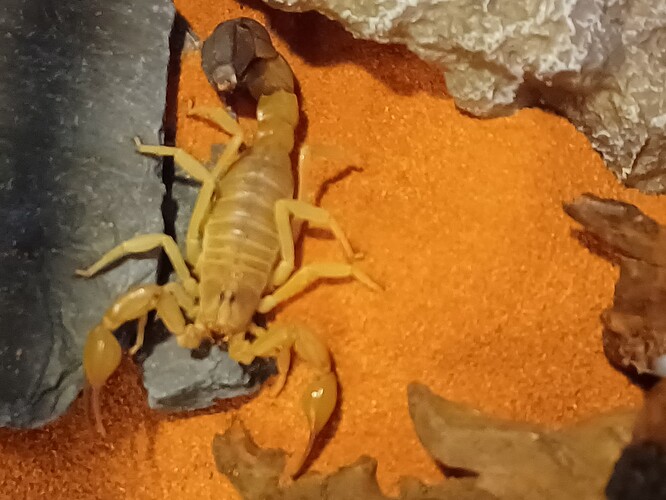 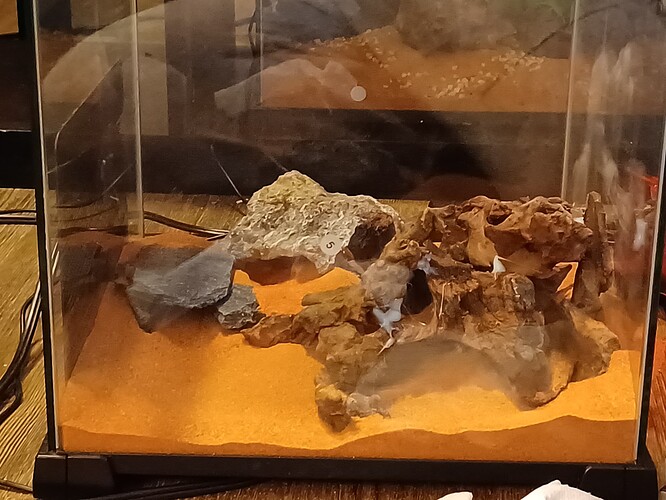 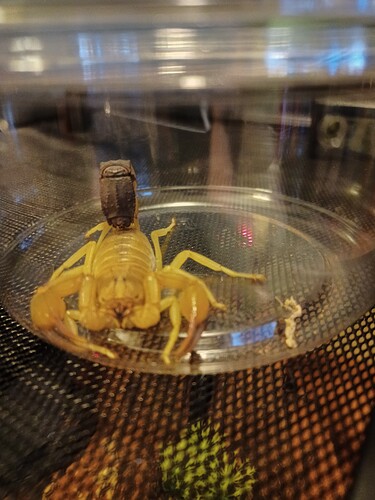 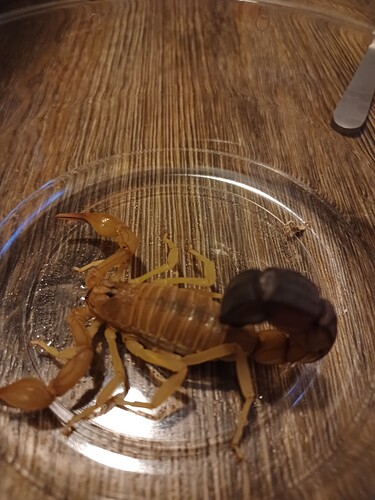 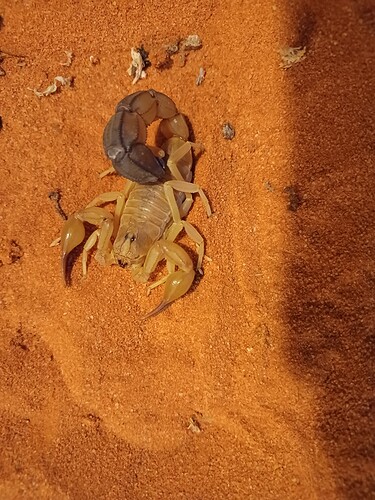 Shes a pretty one!

Thank you, i really love her. She really is pretty sweet and gental. Maybe its because she knows what she’s packing

kinda like a person who really knows how to fight, like they don’t need to fake it.

I love it too! It feels pretty solid when i pick if up with tongs. That fat tail produces a lot of venom, not that id risk picking her up of course to find out. I kinda feel she wouldn’t sting me but better to be safe.