What is my gecko?

What is she? I think she’s a Halloween mask, high yellow, and giant. She is 1 year old I think, not sure. 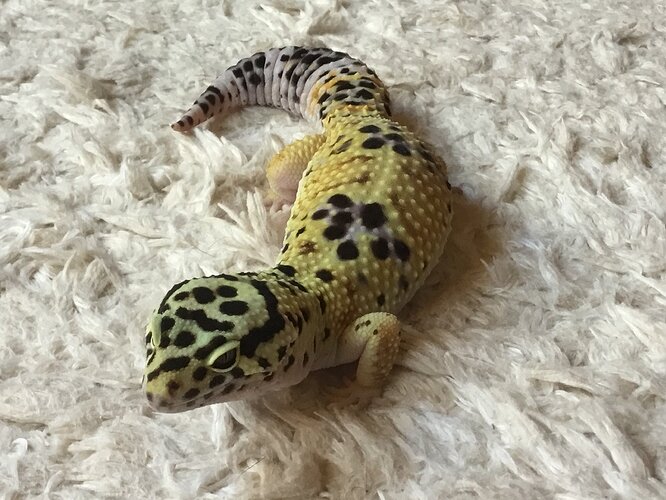 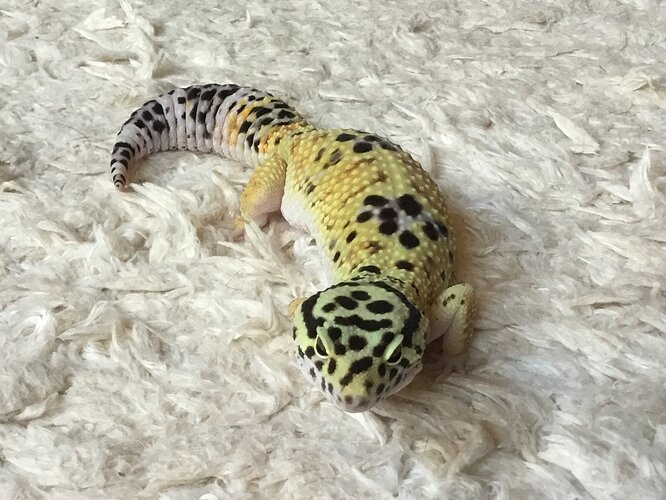 I could not tell you sadly, looks normal to me, just with less spots than usual. Please wait for somebody that actually knows xD

No idear but so cute and chubby

Looks like a normal to me too. One that could probably use a diet. @mblaney Any guesses?

These days (in leopard geckos only- I’m not familiar enough with most other species), what qualifies as ‘normal’ seems to be fluid and change over time. To me she looks like a banded hypo with an adorable smiley-face on her head.

The ‘giant’ part would be more closely related to her length than weight- and some people would likely argue that just being unusually large doesn’t qualify as ‘giant’ unless it’s from Tremper’s original line.

She appears to be a little rubenesque, but it could be that she’s just cooking some eggs, given the season. She should definitely not get any heavier, either way. Maybe lay off the waxies/mealworms just a tad?

Lol I only feed her crickets and mealworms as a treat sometimes, and she doesn’t eat every day.