What to look for in a true sunglow?

I have found a beautiful snake that is labeled as a sunglow python, I can tell she’s a boa and looks kinda similar to the pics I’ve seen of them. Most of the pics of her are kinda dark or have a filter effect on them. If I go see her in person, what should I really look for to know for sure?

I strongly recommend against buying an animal from someone who doesn’t even know if it’s a boa or a python. You are very likely to end up with an animal that has been improperly cared for. And if they don’t know a boa from a python then they will not have good information on the history of the snake. Pics in poor lighting are a red flag as well. Do yourself a favor and pass on it.

But to answer your question, saddle shape is the best way to differentiate a sunglow boa from a mere albino. Or post a picture of the snake here and I or someone else can probably tell you. 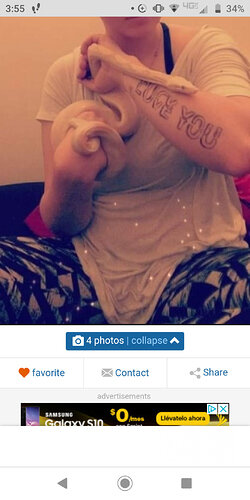 That’s the best picture they have of her (I tried to hide their face). She looks in decent shape so I wasn’t sure if they may have just gotten confused as I believe they have her as a pet.

Yeah, I zoomed in all the way and still couldn’t tell. You’ll have to ask for a better picture.

If you get her, make sure to ask a lot of detailed questions about how she has been cared for.

For sure! They have kept her with a heat rock (actually comes with her) so I’m a little concerned about possible burns on her. I’ll see if they can send me better pictures here in a few, if so I’ll definitely add them here!

People who use heat rocks also don’t tend to control or even measure the temperature, so consider that she may have been kept at incorrect temps her whole life.

That’s very true, good point. I didn’t get a response from them so idk.

I agree to all that was said before. I also doubt a little on the morph. The snake has a boa head but on the beginning part of her body( the part from the head down next to the arm of the owner) looks like having some patern on the back that a sunglow boa doesn’t have. It almost looks wavey but maybe it’s the light.As a refrence , here some pictures of our Kahl Albino T-Hypo ( Sunglow) Boa constrictor Imperator girl Daisy

She is a little pale on this picture because she was almost shedding. So now a picture from about half a year ago so you can see her normal colours 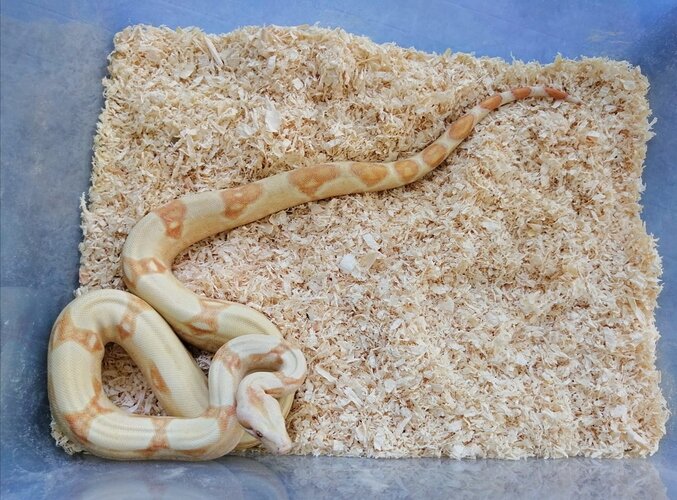 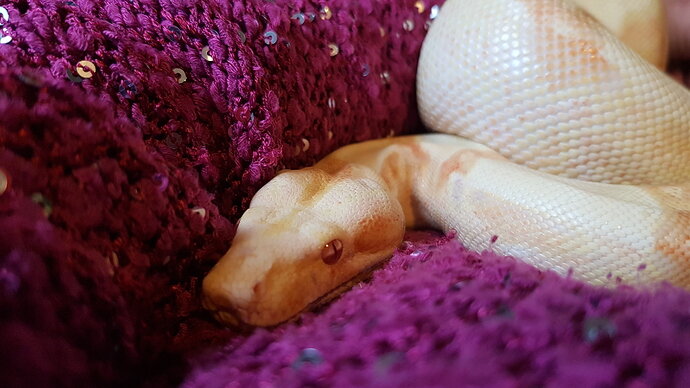 The difference between sunglow and normal albino is the hypo gene which makes the color a little softer. She has almost soft pink eyes.

Hope this helps, but still be very carefull because it doesn’t sound like the owner had any idea about how to care for her. If you do deside to get her, give her a serious quarantine period in a separate room and try to avoid handling any other snakes after you handled her during that time. At least that’s what I always do during quarantine. The new snake I handle as last one in the day so before I touch the other snakes I had a shower and changed clothes. One benefit…on a light coloured snake it’s very easy to see mites.

I can definitely see what you’re talking about! Not quite the same soft pattern you show

Idk what happened with them but once I got in touch with the owner to ask questions she disappeared along with the ad.

Could have been a scammer? Or someone else bought it?

I have a feeling it belongs to one girl, but the roommate posted the ad without the owner knowing. The owner was very confused about why I was asking so many questions about her snake when I didn’t know her and when I asked about price she wanted to know where I got that information. Told her about the ad and she disappeared along with the ad.