So all of us have had that first snake that got us into the reptile keeping hobby, I myself own a 12 year old bp which was my first snake as a kid and I’ve had him ever since. Would love to see your oldest snake and its backstory!

My oldest snakes are a pair of 2006 Angolan pythons. These snakes had been owned by the women who bred them until I purchased them in 2017. Their parents are 2002 animals that are likely unrelated to most other Angolans in the hobby.

The snakes I have had the longest are a pair of Argentine boa constrictors I bought as neonates in 2013. It’s been a real pleasure to raise them to breeding size and see them reproduce.

The oldest snake I ever had was a Czech ratsnake who died of natural causes when she was at least 20 years old, ancient for a colubrid. She was imported as an adult (at least 4 years old), owned for someone else for four years before I got her (at least 8 years old) and owned by me for 12 years (at least 20 years old). She definitely showed signs of age in the last few years of her life, becoming infertile, eating less, losing weight, having less muscle tone, not regrowing shed teeth. She had her last fertile clutch at an estimated 17 years, having only three offspring as opposed to the dozen or so she would have earlier in her life. In her prime she was a large and beautiful animal of a rare locality, prolific and relatively even tempered. I will never forget her. RIP Margot.

Margot sounded like a very cool snake. Hopefully mine live equally as long and happy!

Great thread. Myself as well as many newbies need to see the longevity of these animals and make sure we are ready to count the cost!!

I have a male ball python named Louie. He is 31 years old this year. Never bred him, just a cool pet who used to live in a fraternity house before I got him.

For me it’s not about the money or if a snake will make me a return on a investment it’s the enjoyment that I get from keeping these awsome animals.

Fairly new reptile keeper here- oldest is a male ball python that’s going to be 8 next year. I also have some geckos whose ages I don’t know, just that they were adults when I got them. My other snakes are all 2 years old or younger.

I have a Bumblebee and a Pied that r both 2010 models. They’ll never leave here💕

My oldest ball python is 19 years old. I’ve owned her since she was a hatchling. I bought her and a male as het albinos from a guy going by Bob Ellis out of Ohio for $900. She never has proven out and I sold the male years ago. She still breeds and lays good eggs to this day, although I don’t breed her every year. 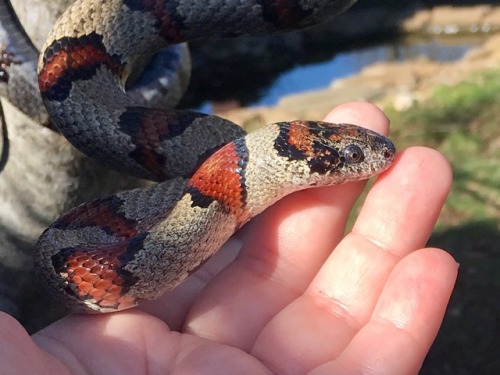 My oldest snake is a 20 year old ball python who I have had since he was a tiny baby. He was bought for me by my parents from petco and is one of the nicest and most easy going animals I own. He has done extensive outreach and community events in our neighborhood and introduced many future reptile fanatics to the hobby.

Love this topic!!! I always read that snakes can really get old but when I talk to people who own them almost none of them have one older than about 8 to 10 years. By now I almost started doubting the stories about the age they can get. I’m so happy to hear that they can really get very old. See myself already as an old grey woman snuggling on the couch with my by then also old snakes :-). Of course every day an other one because they need a lot of rest by then.

In the meantime this also makes me wonder, what do larger to big breaders do with their snakes when they get old? Where did al the snakes from like 20 years ago go to since we almost all buy hatchlings and even here on morph market you hardly see a snake older than 10 years ? But that is maybe a question for a different topic.

Captive breeding did not really take off until the last 15 years or so… more or less depending on the species. When I started keeping reptiles in the late '90s, almost everything available was wild-caught or captive-born from wild eggs or gravid wild parents. I think that’s a major reason why we don’t see very many older reptiles. Wild-caught reptiles do not thrive in captivity nearly as well as captive-bred ones.

My oldest snake is probably one of the youngest on this list so far, but he is an Arizona mountain kingsnake, and my first snake I ever bought. 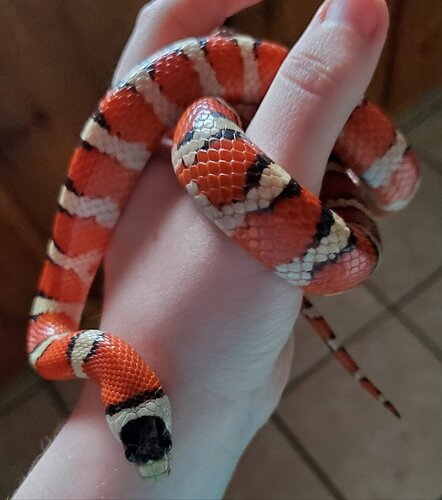 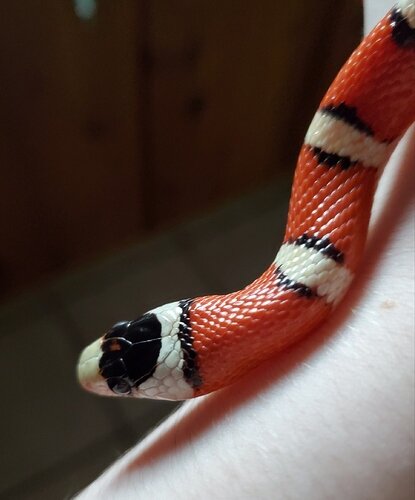 His name is Ammon. He 9 years old and is 2’6" long. A small but vibrant species, and he has a little red dot on his head.

Still looking great for 9 years I must say

I have a friend who has a ball python she has owned continuously for 39 years. He is wild caught. She actually has a number of 20-30 year old pythons and sand boas.

My oldest right now is a 2009 pastel female ball python, so she’s about 10 years old.

Indeed. I have heard that they on average live 15 years, but can possibly live to 20. A relatively short lived species, but he is still going strong and never misses a meal.