Bp snake genes have me scratching my head

My bp was sold as a single spotnose but his dad is a pastel spotnose yellowbelly and his mother is a fire, my question is could there be some of these genes in my bp? If so how could I tell would it just be a case of having to breed to find out?

It could be all, any, or none of those genes.

Basically a 50/50 shot on any of those being passed down from a parent.

But any of those genes will affect the appearance so you would know if he had some of the others. He might have just gotten the spotnose from the sire and nothing from the female.

However it is very likely that your animal is simply a Spotnose, other genes would be easy for the breeder that produced the animal to identify if present.

Post a picture and I am sure @wreckroomsnakes among others will have no issue chiming in since she has produced many Spotnose combos.

So I’ve managed to get these pics, it’s amazing what sunlight does for a bp colouring he a beauty, 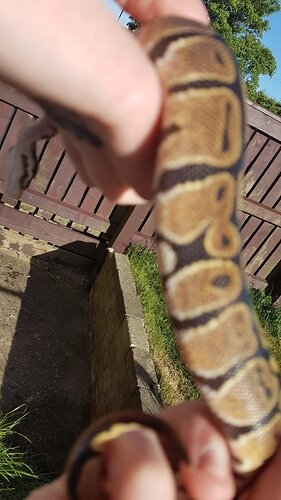 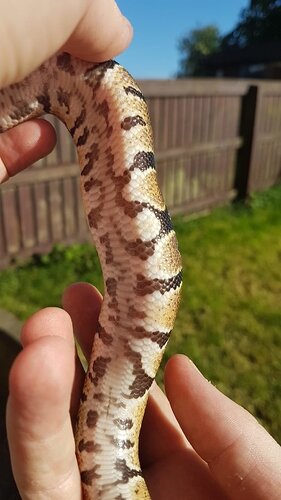 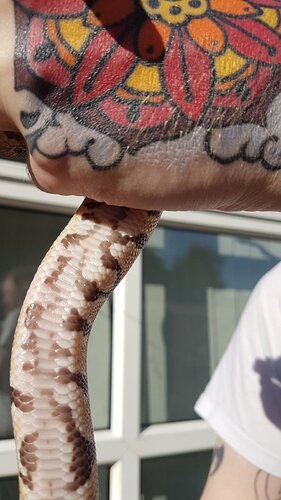 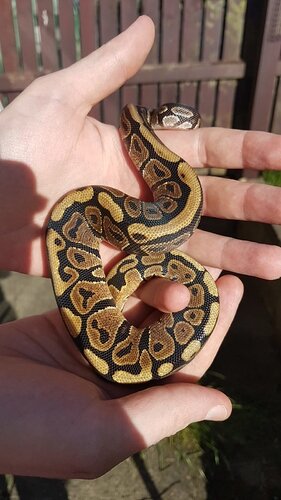 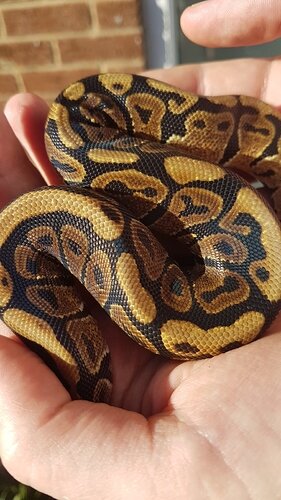 There is no Fire in that animals. It is just a single gene Spotnose

Agree. I own a fire spotnose. Yours looks like a single gene spotnose.

I love spotnose. Beautiful snake you’ve got there!

He sure is, I’m not bothered what morph he is I’m looking into morphs and i just cant get my head round it haha, so to get a single gene spotnose from pastel spotnose yb and a fire then the spot nose must be the dom gene is his father but could he be het for fire?

Fire, pastel, spotnose, and yellowbelly are all incomplete dominant traits. Which means… your snake can’t be “het” for those genes like they would with piebald or clown. They either have it or they don’t.

The heterozygous form would show visually in the snake, but since he simply doesn’t have those genes, he shows as just a spotnose.
If you pair incomplete dominant genes together, you could get the homozygous or “super” form which usually also produces a different look. Examples being super yellowbelly producing an ivory, and super fire producing a black eyed leucistic.

In agreement no fire here or any other genes involved.

like i said im brand new to all this stuff and i appreciate all the info you guys give me, thanks for explaining 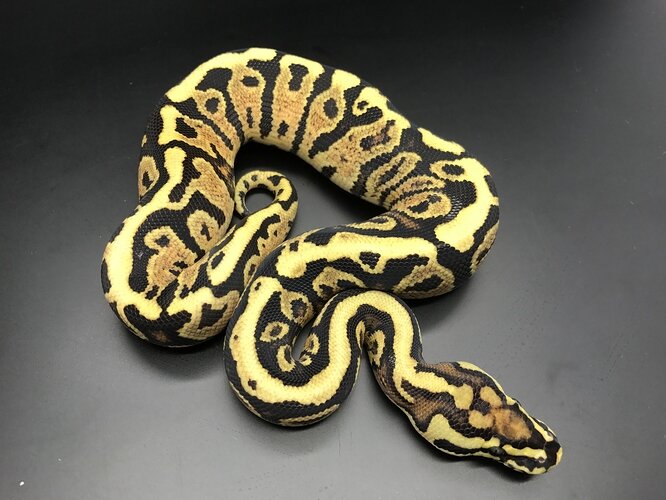 yeah its night and day lol!

it came out that there wouldnt be any single gene spotnose

You must have input the parents incorrectly: