so 3 yrs ago i took in a female normal ball python who was a burn rescue and was bred to a male pinstripe. she was around 3,000 grams at the time and the male was around 900 grams. they locked twice and she showed all the normal signs of being gravid. however after 2 months she started eating again and went back to her normal self. so i assumed she maybe wasn’t gravid after all. however, a year later she was showing signs again and laid eggs although she wasn’t bred again.
there was 3 obvious slugs and 3 eggs that looked off… they were the right size and white but they also had tiny spots on them. i candled them and they had veins. so i marked them, and quickly and safely transported them to a breeders house so he could check them out and incubate them. he candled them and agreed that there was veins but they were weak and the eggs did look a little odd.

so he incubated them but slowly one by one the 3 eggs started to discolor and mold. so they ended up not making it.

my question is why did she retain the sperm? why didnt the eggs make it? has this happened before?

ill attach pictures in the replies below, trying to find the picture of the eggs. i was in a rush so didnt get much… 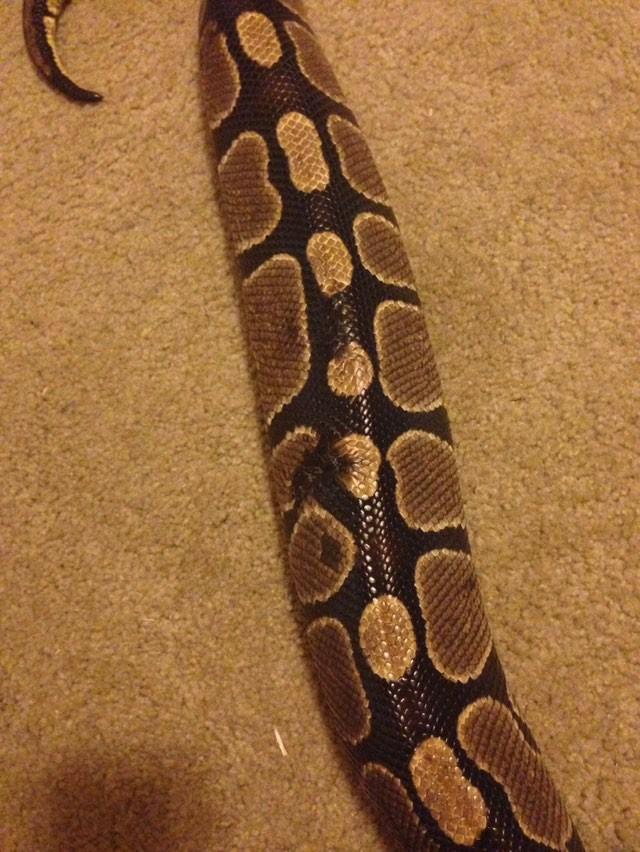 this was when she was assumed gravid 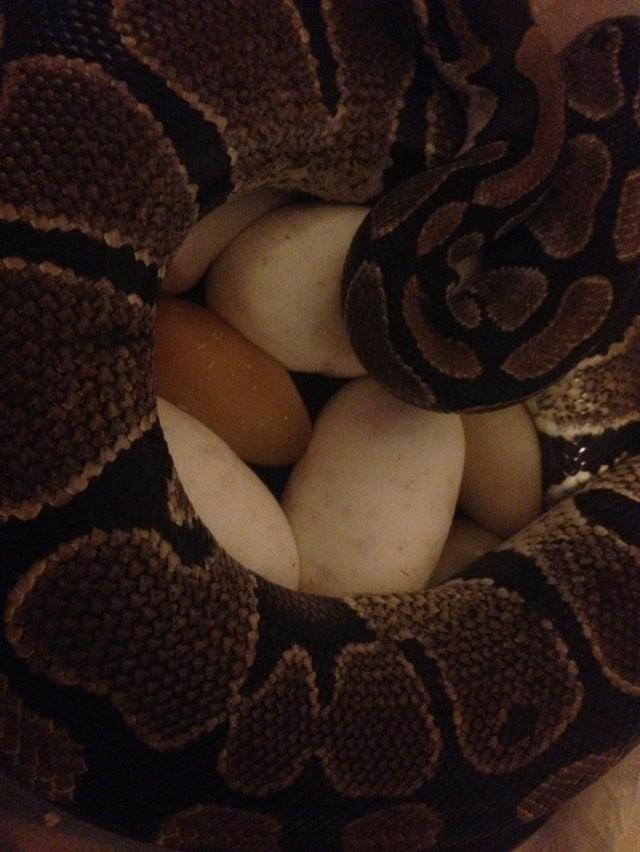 this was her wrapped around the eggs 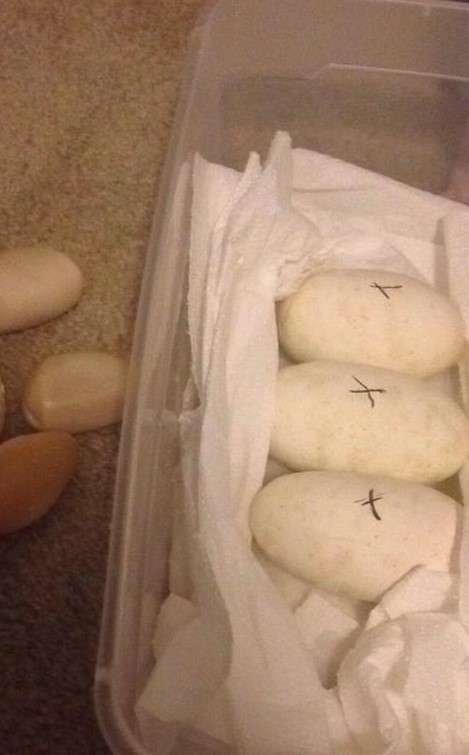 and this was the eggs

Many different species can to retain sperm and obviously your female did, there is no particular reason on why she did aside from the fact she was not ready the year before and instead stored the sperm, they don’t all go every year just because they are physically ready, and apparently she did not show all the signs of being gravid because if she did she would have laid (your most important sign being ovulation)

As for the eggs it is either an incubation issue or they were just not meant to be, not all eggs make it.

That is part of breeding not everything always work in your favor, from not taking, to slugging out to eggs not making it to hatchlings being deformed etc there is no guarentee in breeding animals.

do the eggs look normal? they had like clear specs and spots everywhere which was so weird to me. i was shocked when she did lay because she only showed signs when she was first bred. but a yr later she didn’t show and signs. she wasn’t even wider or acting strange. she even ate like normal…
how long can ball pythons retain for and does the quality and health of the eggs go down the longer its retained?

Completely normal not all eggs are pearly white with a perfect smooth surface, some have dents, spots etc.

As far as retain sperm I have heard of people saying 2 years, when I experienced this it was usually a year.

Be glad she dropped them. I had a female do the same thing and she retained the slugs. They palpated out ok so it’s likely there wasn’t any permanent damage but it can be worrying 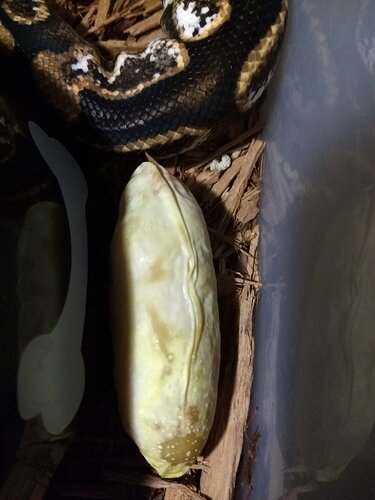 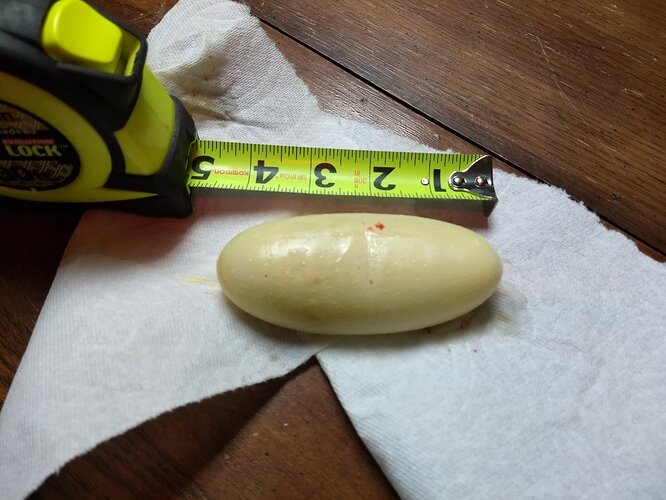 im glad she did too! shes completely back to normal now, shes one of my favorites to allow the public to hold. super sweet and curious! i would have never expected a snake to retain sperm that long, it was crazy to me