Butters is now on the road to recovery!

For those of you not familiar with Butters, I’ve posted about her before in regards to this lump that she’s had in her jaw for probably around 8 months now… 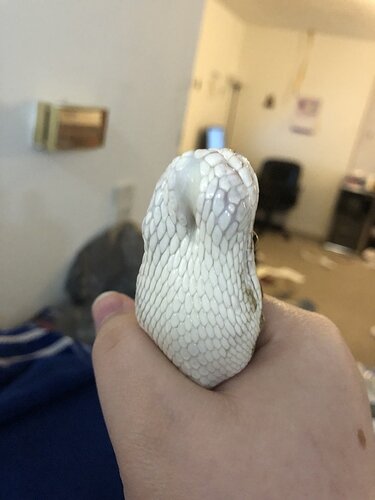 We finally got a breakthrough on her condition, as we took her to the vet today for an operation. They cut directly into the tissue… and found that it was an abscess. A nasty one. 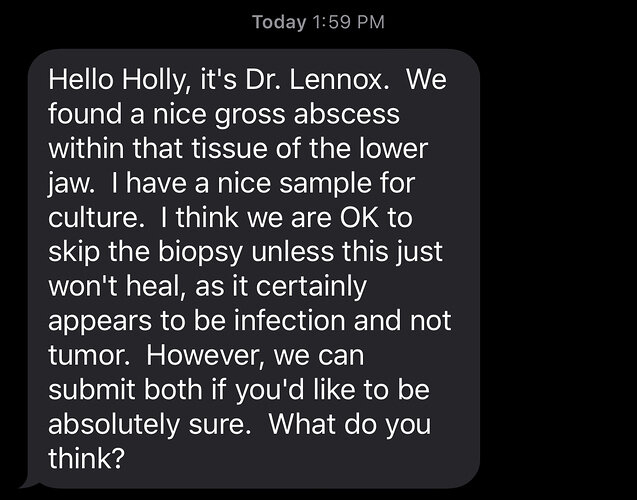 So they drained it and cleaned it out real good, and we went ahead and just did the culture sample. Once they get the results back from that we’ll know what sort of antibiotics she’ll need to help fight off this infection.

In the meantime, she was given a long-lasting antibiotic via injection by the vet, and we were instructed to replace the gauze in her jaw 1-2 times daily, with some antibiotics dropped onto it… hopefully this will help fight off the infection from the inside!

Her after the vet, when we first came home… she was quite swollen from the operation 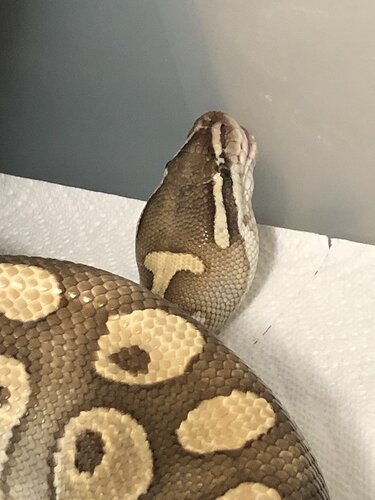 Several hours later, after my boyfriend and I took a nice nap… the swelling has gone down quite a bit! 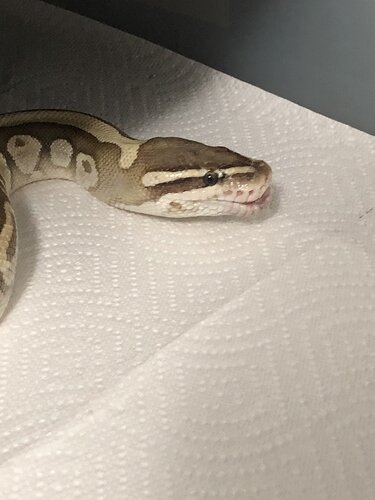 Good to hear she is on the mend. Though it’s a horrible experience for yourself and Butters, this thread could save someone’s snake one day so thank you. Not many people post the ugly and gritty part of caring for animals

I think it’s good information to share, and I like being transparent about what goes on in my collection. Like you said, it could help someone else down the line!
@eaglereptiles

I hope Butters has a speedy recovery!

Yeah I strongly agree with being transparent with the good and the ugly. It’s how others will learn from one another. hopefully Butters makes a quick recovery!