Continuing the discussion from Thoughts on Scaleless Ball Pythons?:

That is a very unique chimera o.o is so cool when siblings join during embryo stage not to mention fascinating. I wonder if you could end up with different DNA in a clutch?

What I was curious was could their be 2 different strands kind of like how a human found out that a kid wasn’t their kid during a genetic test only to figure out he was a chimera genetically and the kids actually came from his brothers DNA that was consumed. Something along those lines but just remembering biology classes ^^

To make sure I understand the question properly.

Do you mean a set of twins merging into a single individual?

To make sure I understand the question properly.

Do you mean a set of twins merging into a single individual?

Yes I find that interesting though that’s th free second story I have heard. The first was a while ago abd it was a guy I remember because he was accused of cheating which is how it came to light. Yes ‘twins’ merging into one except in snake world the 2 snakes would have to have 2 seperate pheno types to present that half and half look. I do enjoy his videos though they are informative^^.

My question though was could a single snake have (say it was female) 1/2 clutch formed from one snake while the other half be produced by the half that was result creating one gravid snake with 2 different clutches inseminated by the same male snake.

yes it happens alot actually. a female snake can lay a clutch fathered by two male snakes, hopefully i understood correctly. so lets say a female normal was bred to a pinstripe one year but did not lay and retained the sperm and then the next year it was bred to a banana, the clutch could have been fertilized by both males resulting in a clutch that would contain both pinstripes and bananas as well as normals because of the mom.

And to add to Nathan.
In this situation, it would not be possible for a pinstripe banana combo because they were different males sperm, none carried both banana AND pinstripe.

Though I fear we are now getting far off topic of scaleless BPs.
@wreckroomsnakes or @stewart_reptiles any chance we could have this merged over to Chimera Ball Python ?

Huh I knew they could retain sperm but did not know that they could have 2 father’s hmm.

I was wondering though more like the opposite same father but 2 mothers like the chimera was the female but produced 2 different clutches sired by the same father but since she has 2 different genetics (since her and her siblings merged) her sibling could produce eggs even if it’s a single snake much like how a human male fathered a child that actually had his twins DNA material.

Physical sense to make it easy

Female–>chimera (half banana the other half is enchi)

So… Chris’ video is not entirely correct. I give him credit for trying to explain but he just does not have the right information.

To explain, let me go all the way back to the start. “Paradox” is an bastard term used in the reptile industry/hobby that has no scientific/genetic value. It simply describes an anomalous phenotype, anywhere from a small, nearly undetectable colour/pattern difference all the way up to these extreme 50/50 animals.

A mosaic is an animal that has genetically distinct cell lines but they originated from a single zygote.

Now… What does that mean? I hear you asking

You breed an Albino to a WT and what you hatch are het Albinos. But one of them has random full Albino patches on it. This happens because, for reasons (I know a number of reasons but I am trying to keep @thecrawdfather’s brain from imploding), the wild-type allele of the gene is lost in a subset of the cells in this animal’s body. So the animals then has two genetically different sets of cells in its body - 2n and 2n-1 - but all of the cells in its body have the same embryo as their origin. This type of “paradox” animal is a mosaic

You breed an Pin to a WT and what you hatch are Pins and WTs. But one of the Pins has random WT patches on it. This happens because, most often, two different fertilized ovum fuse to create a single embryo. This give you an animal with two genetically different sets of cells in its body - 2nw and 2np - that each had an independent origin. This type of “paradox” animal is a chimera.

like the chimera was the female but produced 2 different clutches sired by the same father but since she has 2 different genetics (since her and her siblings merged) her sibling could produce eggs even if it’s a single snake much like how a human male fathered a child that actually had his twins DNA material.

This is unlikely to happen. The simple version is that fusion of the two embryos occurs when one essentially engulfs the other. In an easily visualized analogy, one becomes the hotdog and the other becomes the bun. The hotdog then goes on to make most of the internal organs, and the bun becomes the skin and digestive tract. As such, both of the gonads would be made of hotdog.

Thank you for looking out for me bud

Chimera are really fascinating in the respect of genes it’s interesting how humans can be one and not realize it (reminds me of a soap opera). Ultimately it’s a bummer that it can’t be passed on but I suppose that’s the beauty of the anomaly.

No worries, glad it could help to illuminate things

I’m not really adding to the discussion, I just came across this post on here and thought it would fit nicely…

From all that I have seen chimeras are sterile, but I am new to breeding and honestly I have done very little research on chimeras. So I could be wrong…

Wow! I love how informative this is! Thank you for explaining this in a very detailed but easy to understand way

So are all snakes with two different eyes chimeras like Chris mentioned in the video? Or is there also another reason that can cause mismatching eyes? And if it is a chimera, what effect will it have on future breeding?

I’m really curious because my champagne girl has two different eyes. One is really black the other greyish blue. But she doesn’t show any other signs of being a chimera. 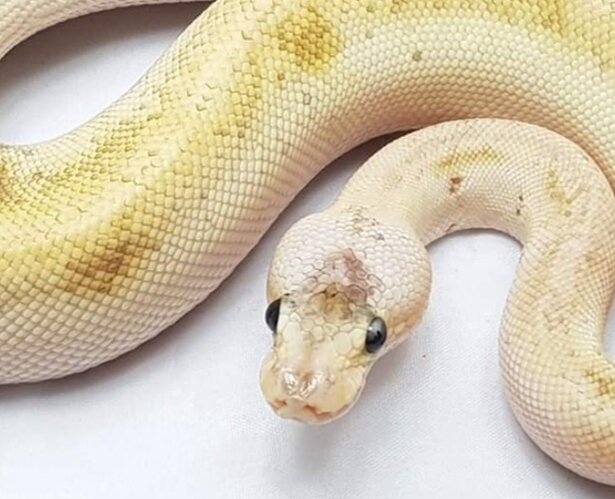 On some morphs there is a higher probability in getting a snake with heterochromia. I don’t know if it’s genetic just that you see it more in some morphs than others so it’s fairly uncommon.

Normally if it was a true chimera you would have markings on the body to indicate it was. I say it is just a case of heterochromia. It happens in humans and other animals too. The only way to prove anything is a true chimera is through DNA testing though. My firefly BP has eyes that aren’t exactly like each other, with one being lighter than the other, but that doesn’t mean she is a chimera.

are all snakes with two different eyes chimeras like Chris mentioned in the video?

No. In nearly every case heterochromia is the result of stochastic gene expression or mosaicism. It will have no impact on how an animal breeds out. Your Champ is not a chimera

The real question I wanna know the answer to is; can humans be chimeras? Or any animal for that matter.

Humans can aswel, there are a few known cases.

I’ll try and dig up some links, but I know there is at least one case of a woman giving birth to her sisters babies as a result.

Yes, humans and other animals can absolutely be chimera. There are numerous documented cases all across the spectrum