So my first ball python was finally old enough to have her first clutch. She’s a Cinnamon Soul Sucker, and I bred her to a Mojave Arroyo. There’s a lot going on in there, and I can’t find enough pictures to puzzle it out, so I was hoping to get some help!

I’m pretty sure these first two are Cinnamon Soul Suckers, as they look a lot like my female did when she was smaller, but am I missing anything? 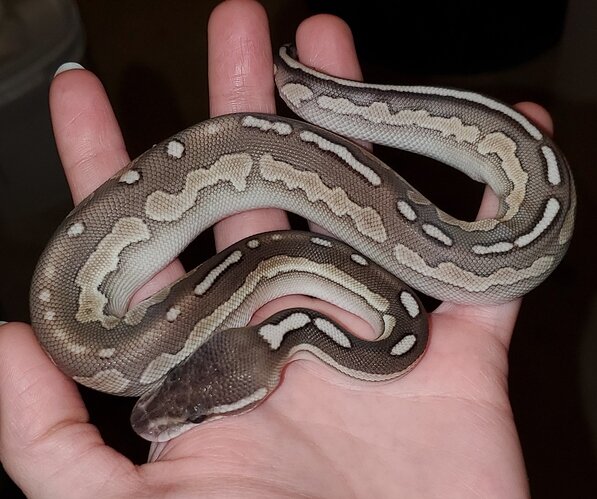 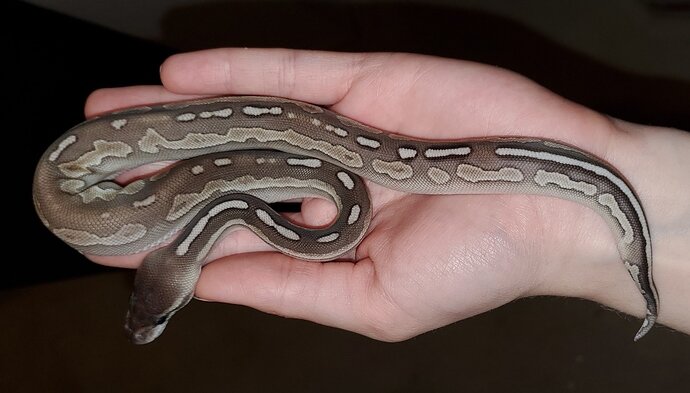 I’m a bit less sure on the next two, I’m almost positive they both have mojave. Past that, I was thinking darker one has cinnamon and the light one has arroyo? 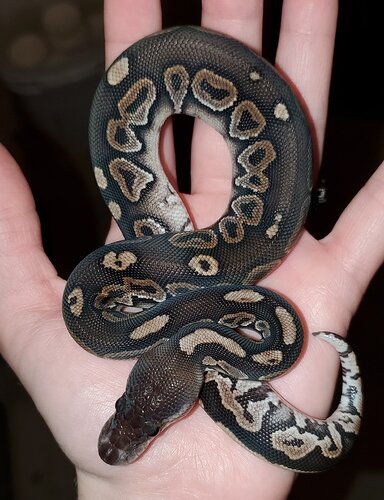 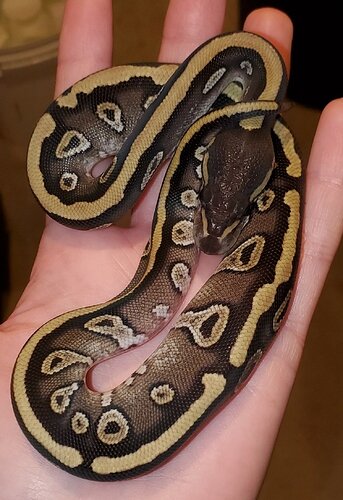 This is only my third clutch overall, so I’m definitely still learning, but any input is welcomed! Thank you!

I’m not particularly good at identifying morphs, so pretty useless here… but I just have to tell you, those are some stunningly beautiful babies! Congratulations, really. The patterns and colours are super interesting, I bet they’re going to grow up to be some unique adults!
Sorry for the useless comment, but they’re so pretty I just had to compliment them

All of them are stunning.

I agree with everything Thomas stated. Those cinnamon soulsuckers are stunning!

Thank you so much! I have been hard-put to leave them alone and let them adjust to being out of the egg. I can’t stop looking at them!

Thank you very much for your input! The main thing I was wondering about on #3, was how busy his pattern gets towards his tail. Do you think he might have granite or do you think he’s just cinnamon mojave? I’m pretty unclear on just what granite does to a pattern that already has a pattern modifier on it!

I wouldn’t like to say 100% it has Granite, but there is always the chance. I agree though, that tails pattern is very messed up compared to what both Cinnamon and Mojave do… Until you breed it id label it as “Possibly Granite”.

. I could hardly get my eyes off the pictures, must be even harder if they’re living, breathing miracles you produced yourself!