But as I’m looking at them more and around MorphMarket itself, I keep thinking she looks a lot more like a Cinnamon Lesser than a Soul Sucker. 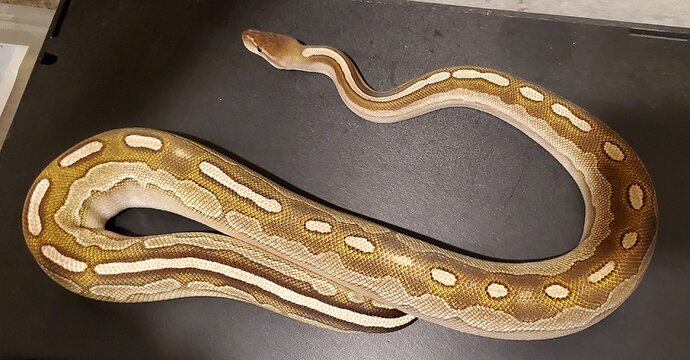 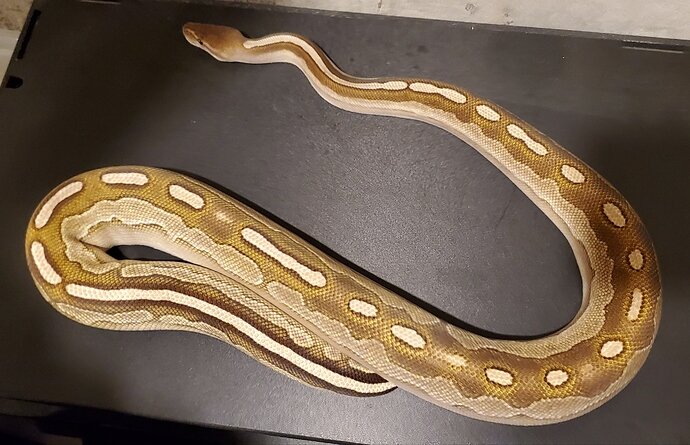 What do you think? Is there any way I can prove out Hidden Gene Woma and Granite to see if it’s really there or not? Any input is much appreciated!

Well if you want to prove her out then breed her to a normal to see the individual Gene’s that pop out. Also the more I look at her I think she more than likely does have lesser but I’ll let others chime in since I’ve never had a soul sucker or looked at them much.

To be most specific, she’s supposed to be Cinnamon Lesser Hidden Gene Woma Granite. She does for sure have Lesser, because there were two BELs produced in her pairing to an Arroyo Mojave. None of the babies from her first clutch show Hidden Gene Woma or Granite on their own to my knowledge though.

I’m kind of curious if I’d be able to use a male that is a visual recessive like a male pied to prove her out or if that defeats the purpose. Also wondering if there are any genes that react with those two mystery genes to make them stand out.

I thought super woma/HGW was lethal since they are a morph known to wobble. That or they just have a severe wobble.

Edit: Just checked and the “pearl” morph, or super woma is lethal.

My first guess from eye was a Cinnamon Soulsucker but then checking against other on MM and your right, they are completely different.

Yes, this would be perfect because not only will you be able to see what Individual genes are in the mix but they would all be het Pied… That’s always good.

Also wondering if there are any genes that react with those two mystery genes to make them stand out.

Thanks, Tom, so I’m not totally crazy with seeing something different?

Yes, I do know that a super HGW is considered lethal, so I would like to stay away from producing something like that. Do you know of anything that would make them pop short of a super? Thanks for that link, it’s helpful to see them condensed!

No worries @nathan_e! Whole point of this is to bounce some different ideas around

so I’m not totally crazy with seeing something different?

Not crazy to me. Your usual Cinnamon Soulsucker still shows some resemblance to “alien heads” throughout it’s pattern, where as yours has long serrated stripes that are extremely clean inside. Apart from that everything else says cinnamon SS.

As for making it pop, HGW can do some wonderful things without diving too deep.
Pastel makes everything a bit more beautiful and i have seen some with Fader that look crazy.

If it was me though, I would go with either your Piebald male or Banana. That just what I like though, have a proper long think about what you like.

If it wasn’t for OWALs list I wouldn’t have a clue about most of them.