Using the camera setup from this post, I captured the hatching of my last set of leopard gecko eggs on time lapse. I had to do a bit of work to get the images into a video though. I used virtualdub to create a RAW AVI from the images which was a 32gig file

Then I used FFMPEG to convert it to MP4 using the h.264 codec which shrunk it down to 40MB so I could easily upload it.

Very cool! I have never been able to catch my geckos hatching.

I wasn’t expecting them to hatch for a few more days. I had planned to move them into something without a lid for the hatching so that the lid of the box I use didn’t cause the blurring that you see in the video. Next time I hope to get my timing better or use a clearer cover for the hatching box. I have been considering switching to the deli cup trays for a while so I might give them a shot.

Here are a few key photos from the stills:

First split in the egg, it doesn’t really stand out by itself but you can see it along the top tight of the left egg: 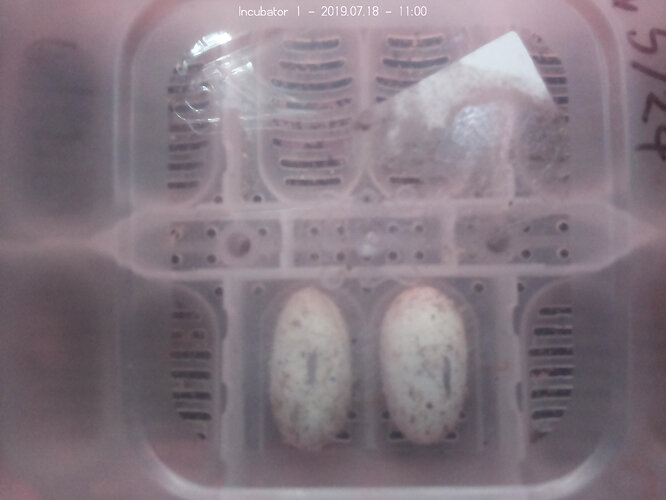 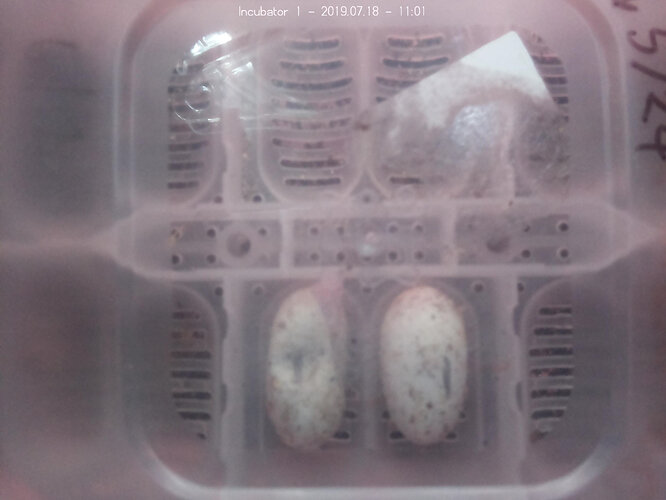 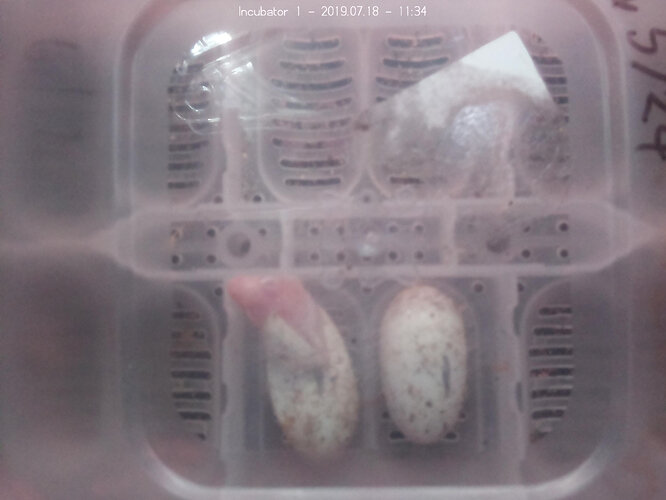 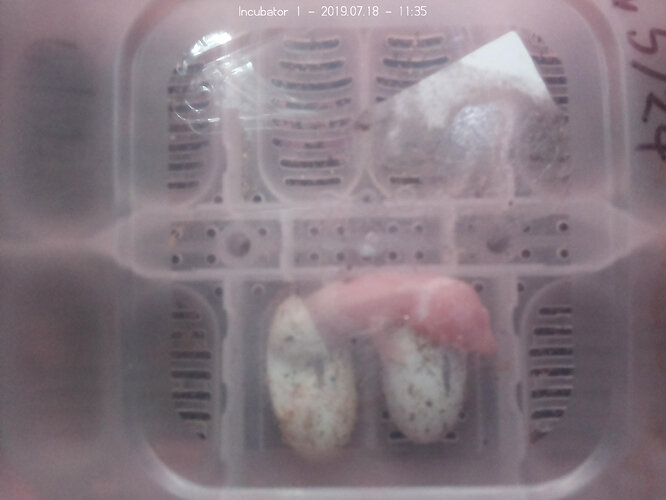 Second egg splits, thin line right next to the first ones foot: 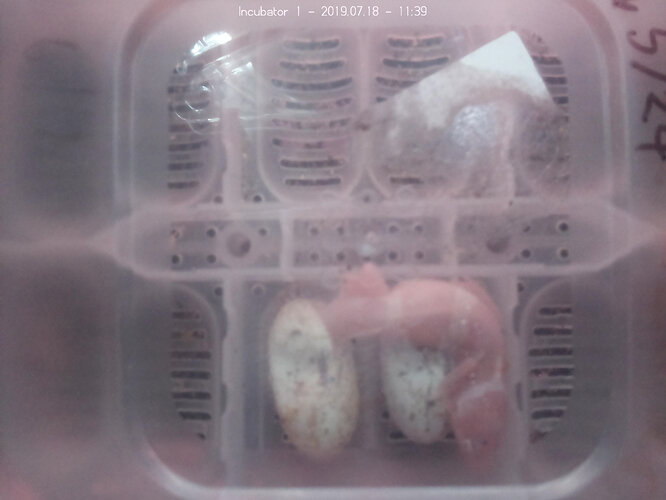 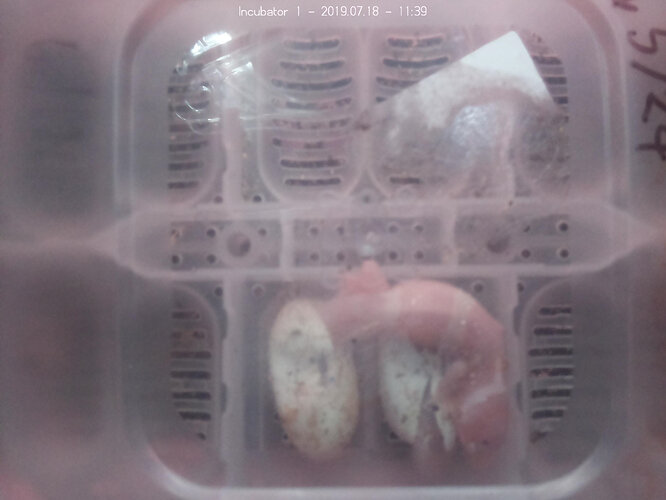 First one all the way out: 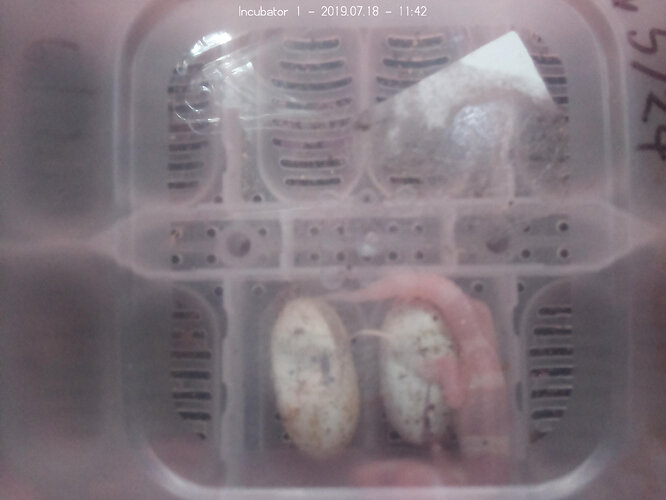 The second one emerged within 3 frames, about 9 seconds: 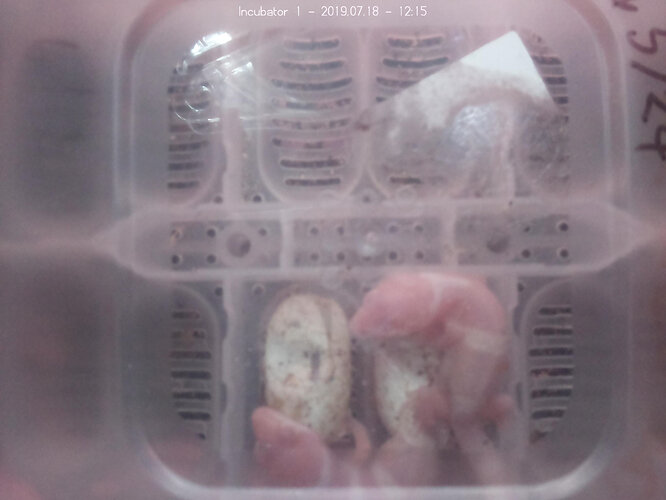 This is real rad! I feel so bad for the wee things, hatching out into the world. At least they’re warm, but they always look so vulnerable and terrified

Hi everyone! I know this isn’t really the topic to comment on, but I am a new breeder and was wondering if i could get some help? I really cannot tell whether my female leo is gravid, and would really appreciate some help. Thank you all. 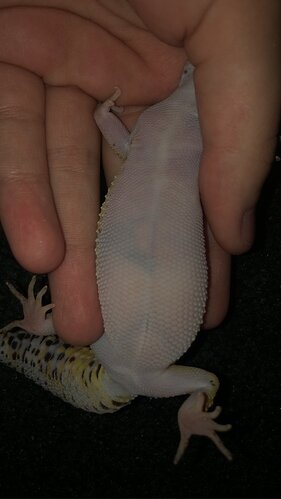