Let's get those Amphibians on display!

With tincs it would be ok as they’re larger.
I’d keep smaller days with darts, like our colons, we have the Williamsi in with them.
And when we had terribilis we had peacocks. We’ve also had gold dust too! They’re all so pretty…

I have an unused 4ft area that I was hoping to dedicate to day geckos (but now I want space for dart frogs, lol). I was thinking I could fit 8-12 tanks in the area. However it would be expensive to set up so it would likely be only a tank at a time. How did you store your tanks when you had them? Did you use metal bakers racks or heavy duty shelves?

Atm we use metal racks, they have mdf (I think) boards on top of each row.

That’s nearly the same as what I use for storage and what I was planning to use for day geckos and/or dart frogs.
Also, I just read that the tumucumaques are illegal in the US, but there should be plenty of other cool frogs for me to get.

Would work well then! And I highly recommend setting up a mister if having a lot

I was planning on getting a mist king if I had more than a few enclosures in one place.
I believe it’s because the original frogs were illegally smuggled from Brazil and found in an airport. The frogs were then sent to a zoo in the UK and were bred and now they’re spread across Europe. I don’t believe they can be imported into the US since they are all descended from illegal frogs.

Unfortunately smuggling is a pretty big problem in the frog hobby. Brazil is closed - ANY frog coming out of Brazil has been smuggled. The common vehicle for laundering animals is via Europe, which has most recently happened with the Tumucumaques, as well as the blue phase of A galactanotus.

A common pattern is someone describes a new Brazilian species or locale, smugglers seek out / discover the population, over-harvest, ship to Europe while suffering massive losses, and distribute to some hobbyists. The animals are either successfully bred within the hobby, or on occasion confiscated in transit, placed with an institution, which ends up breeding or releasing them. They are then labeled by species name without locale data, and shipped to the US. Unless you have someone that understands locales screening the animals, they are imported, and then they are here.

There could be other pathways, like crossing from Brazil into Suriname then shipping to the US as if the animals originated in Suriname. That was not the case for Tumucumaques though - they were described but the locale data was withheld. Their locale was eventually discovered, smugglers shipped to Europe, and tincs being tincs, they bred. They were then exported to the US as D tinctorius. Now they are here. Hobbyists will make the argument that they were “legally” imported from Europe, but, well …

This happens far too often unfortunately. We all saw it coming in the frog hobby years back when that article was published. Warnings were made, but importers see dollar signs and bring the animals here and make their money.

Don’t feel bad though. I was in the same boat when I started frogging years back. I unwittingly picked two beautiful locales that ended up being “gray” area frogs - lineages from 30 years back from Brazil (red galactanotus and lorenzo tincs) that have been in the hobby for so long they are just accepted. I ended up selling off those projects to focus on legally sourced animals (understory, Tesoros, wikiri). There are fewer choices, but the only way to stop the smuggling is to look toward these vetted sources.

Even “legal” species can have suspect lineages. Many frogs were illegally imported years back and traded between hobbyists. Then a legal import occurred, and those lineages are crossed and people sell them as the legal line (see R vanzolini - to make it even more confusing, EU - smuggled - versus UE - legal export). Even when sourcing legal lineages from hobbyists, ask questions on the source of the animals, who their stock came from, how long they have been breeding, etc. Solid breeders are completely open with their lineages. If someone hides that from you I’d look elsewhere.

Happy to start a thread on this if you want to discuss some of the examples in greater detail. The only way we fix the problem is to educate folks on what is happening. 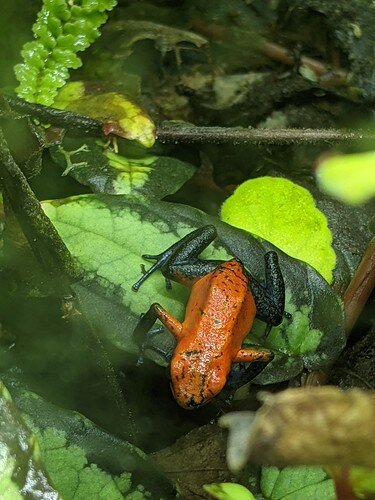 So, so, so jealous! Oophaga have always been my favorite dart frog genus. I hope to keep tons of pumilio, histrionica and sylvatica in the future. Maybe even some lehmanni if I can find them. 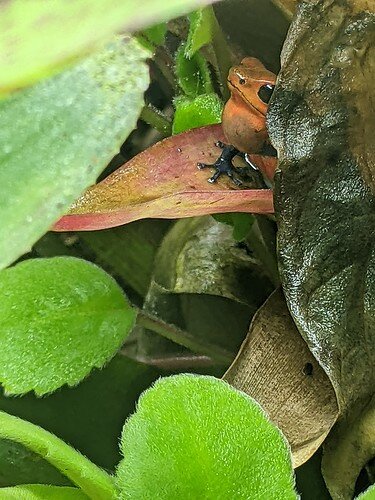 Do you see me? Lol

Haha funny enough the other half caught this last week